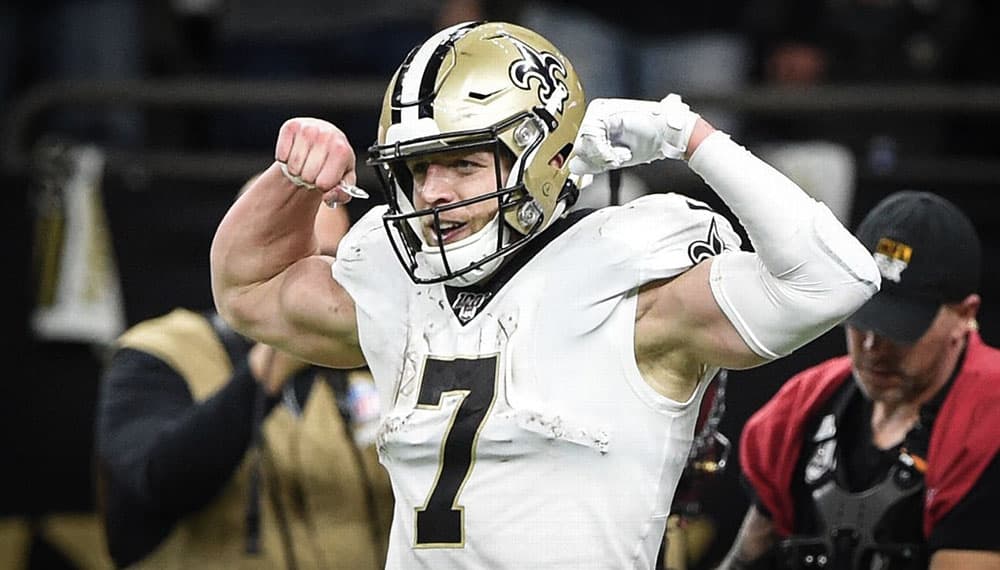 There are several big injuries worth keeping an eye on this week, particularly at the running back position. With 8 of the top 20 running backs currently questionable, it's a tough week to build early lineups. That being said, here are our favorite DraftKings plays for week 14 as well as our optimal lineup.

In a somewhat unique move, Taysom Hill took back the reigns for the Saints offense a week ago and despite throwing four interceptions, he did also account for a pair of touchdowns through the air.

What Hill lacks in the passing game, he makes up for on the ground. Any quarterback accounting for over 100 yards on the ground in a game gets my attention.

The Saints are still fighting for a playoff spot and could desperately use a win against a poo Jets squad.

Expect Hill to get a large workload, especially for a $5,600 price point.

Prescott has been fantastic all season from a fantasy perspective, although struggling twice in three weeks has caused his price to drop a notch.

He should have all his weapons back this week, with CeeDee Lamb and Amari Cooper on the mend. I’d expect Prescott to revert back to his old ways against a porous Washington pass defense.

Williams has been hot as of late, accounting for 20.1 and 32.8 FPTS in back-to-back weeks. With Melvin Gordon potentially out this week, limited at the very least, it’s safe to assume a large workload for Williams.

Williams has been dynamic both on the ground and in the passing game, with quarterback Teddy Bridgewater loving a good check down.

I’d expect the former North Carolina running back to not only be the best value at $5,900 but potentially push for most FPTS from the position this week.

Austin Ekeler has been a machine all season, accounting for double-digit FPTS in all but one game through 13 weeks.

He does it both on the ground and through the air, making his floor very high. Ekeler has found the endzone four consecutive weeks while notching double-digit carries and a slurry of targets through the air.

The Chargers remain in the playoff mix and desperately need to keep pace with a win over the Giants this week. I would expect the offense to keep humming, likely behind Justin Herbert and Ekeler.

Hollywood Brown continues to be the second favorite target of quarterback Lamar Jackson, garnering the second most targets behind teammate Mark Andrews.

The Ravens tackle the Browns again for the second time in three weeks. In their first meeting, Brown accounted for 8 grabs on 10 targets for 51 yards. While he didn’t find the endzone, I’d expect a similar target share for this go-around.

At $6,300, Brown is one of the safer options on the receiver board this week.

Diggs is starting to find his groove after being relatively average for the front half of the season. The Maryland grad has accounted for double-digit FPTS in 6 of 7 weeks and going up against the Tampa Bay defense, I would expect the trend to continue.

In what should be a high-scoring affair with Tom Brady and an explosive offense on the other side of the ball, I can see Josh Allen and the Bills needing to get the air game working.

All of the Cowboy receiver weapons should be healthy this week, which would generally be a bad thing for tight end target share. However, Schultz has been a steady option for Dak Prescott and this Cowboy offense all season.

Against a Washington defense that has been a bit better as of late, still lacks some depth in the secondary to keep up with this Dallas offense.

Heeeeee’s baaaaaaack. Gronk has jumped back onto the scene since coming back from injuries, proving to be Tom Brady’s favorite option over the past three weeks while accounting for 13.1, 22.3, and 21.8 FPTS respectively.

In what is likely to be an offensive showdown with the Bills this week, it’s safe to expect Gronk to continue his dominant ways.

The Titans' defense will be relied upon heavily as the offense continues to try and keep pace in Derrick Henry’s absence.

They face a ragged Jacksonville group that should provide ample opportunity for turnovers and not a lot for points.