Based on the latest updates we have received, our team is currently projecting that online sports betting will launch late in Q1 or early in Q2 of 2023.

Following the launch of Ohio sports betting, Massachusetts will likely be the second state to go live with sports betting in 2023. We could see as many as five additional sportsbooks legalize sports betting this year.

Now that we have established a timeline for the start of legal sports betting in Massachusetts, the next question is what sportsbook apps will be available. While licenses have yet to be officially awarded, there are a handful of sportsbooks that we feel will almost certainly be available in MA.

DraftKings is one the largest sportsbook operators in the United States and happens to be headquartered in Boston, Massachusetts. Given DraftKings is already available in more markets than any other sports betting app, it seems like a given that they will be one of the first sportsbooks live in Massachusetts.

FanDuel is the top sportsbook in the United States by total handle and is currently available in 20 different betting markets across the country. While not headquartered in the state, FanDuel is based in New York City, so they are a neighboring market. Given FanDuel is available in every state where betting licenses were made available, they seem like a lock to earn a license here in MA.

BetMGM is the online sports betting app for MGM Resorts which has a casino in Springfield, MA. With a brick-and-mortar casino in the state and phenomenal responsible gaming track record, BetMGM will likely be the first operator to receive a license in Massachusetts.

When we refer to the big 4 in sports betting, we are referring to DraftKings, FanDuel, BetMGM, and Caesars. While Caesars Sportsbook lacks a physical casino in Massachusetts, they are currently live in every major U.S. betting market and will almost certainly receive a license to operate in the Commonwealth.

One of the more exciting brands that will offer legal sports betting in Massachusetts is Fanatics Sportsbook. Fanatics aims to launch in as many as 20 different betting markets in 2023, which would make it one of the largest sportsbook operators in the U.S. Fanatics Sportsbook is licensed to operate in Maryland and has already opened it's first retail sportsbook in the state.

Barstool Sportsbook is the betting app for Penn National Gaming. Like MGM, Penn operates a brick-and-mortar casino in Massachusetts (Plainridge Park Casino). Given this fact, Barstool Sportsbook should be amongst the 15 betting apps that receive approval to offer online and mobile sports betting in MA.

BetRivers has been part of nearly every legal state launch in the U.S. over the past 3 years and will almost certainly be one of the 15 online sportsbooks that launch in Massachusetts this year. BetRivers is one of the highest-rated betting apps on the market today with a great reputation around the industry.

The final mobile sports betting app with a relationship with a MA casino, Wynn Resorts (parent company of the WynnBet app) operates Encore Boston Harbor casino. Of the seven betting apps we are projecting to launch in MA, WynnBet is arguably the least known. However, the company has seen rather quick growth across other betting states and has already applied for one of the 15 licenses up for grabs in MA. 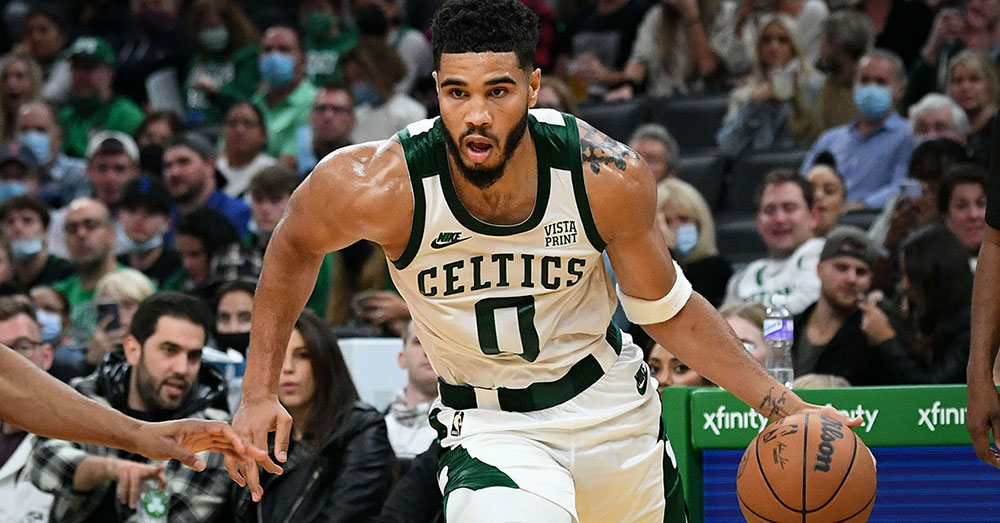 Massachusetts, and Boston in particular, is one of the more historic sports markets in the United States. The Boston Celtics have more titles that any other NBA franchise (17 - tied with the Lakers). The New England Patriots, led by Tom Brady and Bill Belichick, won 6 titles between 2001 and 2018. The Boston Red Sox have won 9 World Series titles, while the Boston Bruins have won the Stanley Cup 6 times.

Here is a closer look at some of the historic pro franchises that call Massachusetts home.

With 17 titles, the Boston Celtics are arguably the most historic franchise in NBA history. They are currently the #1 seed in the East and have made the playoffs in 14 of the past 16 seasons. This includes winning the NBA Finals in the 2007 season and winning the Eastern Conference in the 2007, 2009, and 2021 seasons.

The Patriots dominated the NFL for a nearly 2 decades, winning 6 Super Bowls and 9 AFC Championships. While the results have been mixed since Tom Brady moved on to Tampa Bay, they have remained in contention each of the past three seasons and made the playoffs last year. The Patriots play in Gillette Stadium in Foxborough, MA.

The Boston Red Sox have won 9 World Series titles in the history of their franchise. The Red Sox have 12 players in the Hall of Fame, trailing only the New York Yankees. The team calls Fenway Park home. Located in Boston, Fenway is arguably the most iconic stadium in Major League Baseball.

The Boston Bruins are tied for third-most Stanley Cup wins among all NHL teams. The franchise was home to a number of hall of fame players including Bobby Orr, Phil Esposito, and Ray Bourque. On the current roster, Brad Marchand, Patrice Bergeron, and David Pastrnak all look like future first-ballot hall of famers.

The newest professional franchise to enter the Boston market is the New England Revolution. The Revolution compete in the Eastern Conference of the MLS. The Revolution was founded in 1996 and have competed in 5 MLS Cup Finals including 2002, 2005, 2006, 2007, and 2014.

There are more than 100 universities in Massachusetts, but the two most familiar to college sports fans are Boston College and UMass. Far from powerhouses in the modern sports world, but both have had a handful of historic seasons worth noting.

Boston College was founded in 1863, making it one of America's oldest Universities. The school has 6 National Championships, including 5 in men's ice hockey and 1 in women's lacrosse. The football team was just 3-9 this past season, including a 2-6 record in the ACC. The MBB team is currently 8-7 with a 2-2 record in ACC play.

Like Boston College, UMass was founded in 1863. While UMass does not have a rich history of winning, the men's basketball teams in the 1990's were some of the best in the nation. This includes the 1996 team led by National Player of the Year, Marcus Camby. The team made the NCAA Tournament every season from 1992 to 1998 and made the Final 4 in 1996. Camby would go on to be the #2 overall pick in the 1996 NBA Draft.

The start of legal sports betting in every state can be confusing for new sports bettors. The FAQs found below will address the questions we receive most often before state launches and should provide a wealth of useful information for future Massachusetts bettors.

Will online and mobile sports betting be legal in Massachusetts?

Yes, sports betting will be available online, in-person, and through mobile sportsbook apps. The state will approve as many as 15 online sportsbook operators.

When will sports betting be legal in MA?

While the state has yet to set a launch date, sports betting was legalized in August of 2022 with a target launch date of Q2 2023. It took Massachusetts legislators over three years to approve a sports betting bill, but we are now just weeks away from the dream becoming a reality.

Who can bet on sports in MA?

Anyone that is physically located in the state of Massachusetts and is at least 21 years old is eligible to bet on sports in a retail sportsbook or online.

What sports will be legal to bet on in Massachusetts?

Bettors in MA will be able to wager on all professional and collegiate sports. This does include in-state D1 colleges like Boston College and UMass. The state could be live in time for sports fans to wager on March Madness and the 2023 National Tournament.

Will online casinos be legal in Massachusetts?

Is DFS Legal in Massachusetts?

Yes, daily fantasy sports are legal in MA. Anyone that is 18+ years of age is eligible to enter DFS contests and win cash prizes. The top DFS apps in Massachusetts include DraftKings, FanDuel, and Underdog. All of which are potential sportsbook operators in the state.

Can I bet on horse racing in MA?

Yes, online and in-person betting on horse racing is legal in the state. This means MA bettors can wager on popular apps like TVG and TwinSpires as well as live betting venues like the Plainridge Park Casino.