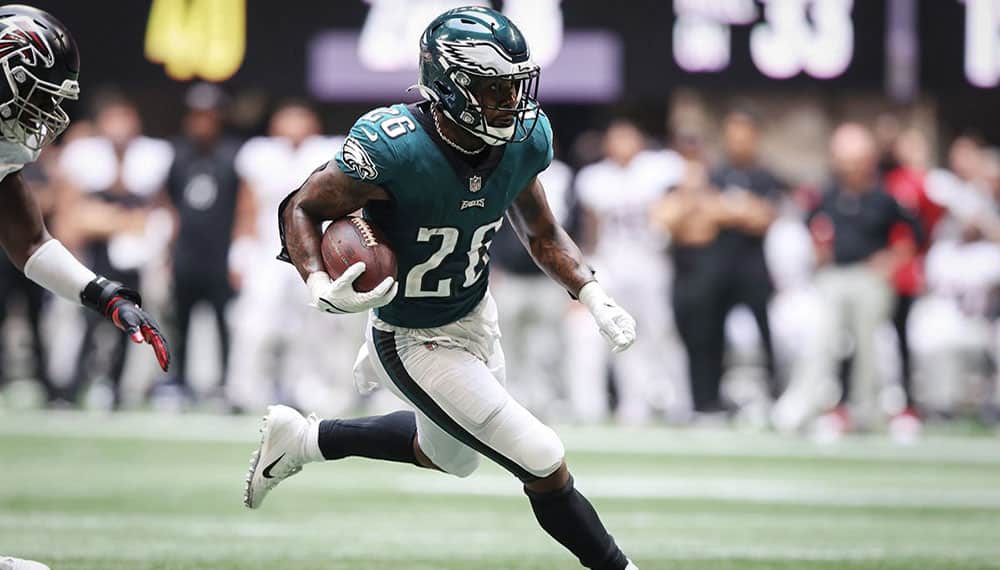 The playoff picture is beginning to clear up a bit, but we still have seven weeks left in the NFL season and plenty can change. The Chiefs and Cardinals have wee 12 byes and we had three games on Thanksgiving Day, meaning this is a 10-game main slate on both DraftKings and FanDuel.

Let’s take a look at some expected value plays and top performers for the DraftKings NFL Week 12 Millionaire contest. In case you missed it, we shared our favorite plays for the Week 12 FanDuel Sunday Million as well.

From player prop contests for pro and college sports to weekly snake draft contests, Underdog Fantasy offers more ways to play daily fantasy than any app in the industry. Follow the link below and use the promo code BAR to receive up to a $100 deposit bonus!

Before you scoff at the thought of popping Jimmy G onto our roster, hear me out. The Niners seem to have caught some momentum, albeit against some weaker competition.

Garoppolo has put together a nice stretch of efficient games, accounting for two passing touchdowns in each of the last three.

The Niners square off against one of the worst secondaries in the league this Sunday when they take on the Vikings, so I would even expect Garoppolo to have a few more opportunities for yards and touchdowns. At just $5,700, he’s a great look if you’re trying to spend big at other positions.

I like Rodgers to pick up right where he left off last week when he notched four touchdowns and 385 yards.

We know the Rams secondary is a little more stout than the Vikings outfit he saw last week, but I still think this will be a high-scoring, back-and-forth affair that will allow for a number of opportunities.

They are called sleepers for a reason and Sanders has certainly been sleeping this year.
In his first game back after a four-game hiatus, Sanders paced the Eagles attack last week against the Saints with 16 carries.

While he didn’t get in the endzone, he did pick up 94 yards on a pretty solid average. I’ll take a flyer on him this week against one of the worst rush defenses in the league in the Giants.

Until he proves otherwise, I don’t really see how you can steer clear of Jonathan Taylor. The hefty price tag makes perfect sense given the fact he’s scored a touchdown in eight straight games.

I would expect Indianapolis to try to leverage Taylor at his usual workhorse pace and keep the dangerous Tampa Bay offense off the field as much as possible.

Tampa Bay currently sits 21st in the league against the run and that probably won’t get much better after a date with Taylor and the Colts.

Jaylen Waddle hasn’t necessarily been the best rookie wide receiver in the league the year, but he’s certainly been consistent.

Waddle clearly has a nice connection with quarterback Tua Tagovailoa and sees the lion’s share of the targets for this Dolphins offense.

If you’re looking for a high floor, low-cost option then Waddle is a nice play this week.

Flip a coin between Cooper Kupp and Davante Adams, but give me Adams this week in a battle of their respective teams.

Adams, as has been the case for years now, is Aaron Rodger’s primary target and has an innate ability to find the end zone regardless of coverage.

In what I believe to be a shootout, I’ll take Adams with a slight edge over Kupp for top scorer.

I’m a big proponent of sneaking Freiermuth into most of your lineups, especially if you’re trying to save up some cash for other positions.

Freiermuth has seen a steady share of targets since coming on the scene in week six, tabbing at least six in each. He also has found the endzone four times in as many weeks and is one of Big Ben’s reliable red-zone options.

Kittle seems to be shaping back to his old form, going for at least 13.4 FPTS in three consecutive weeks since returning.

Aside from Travis Kelce and Darren Waller, I’m not sure you’ll find a higher ceiling for this position.

I don’t like to put a ton of emphasis on the defense in these tournament settings, but the Patriots defense is playing like the unit from two years ago that wreaked havoc.

This unit has notched at least 11 FPTS in five consecutive games, which is as good as it gets for a fantasy defense.