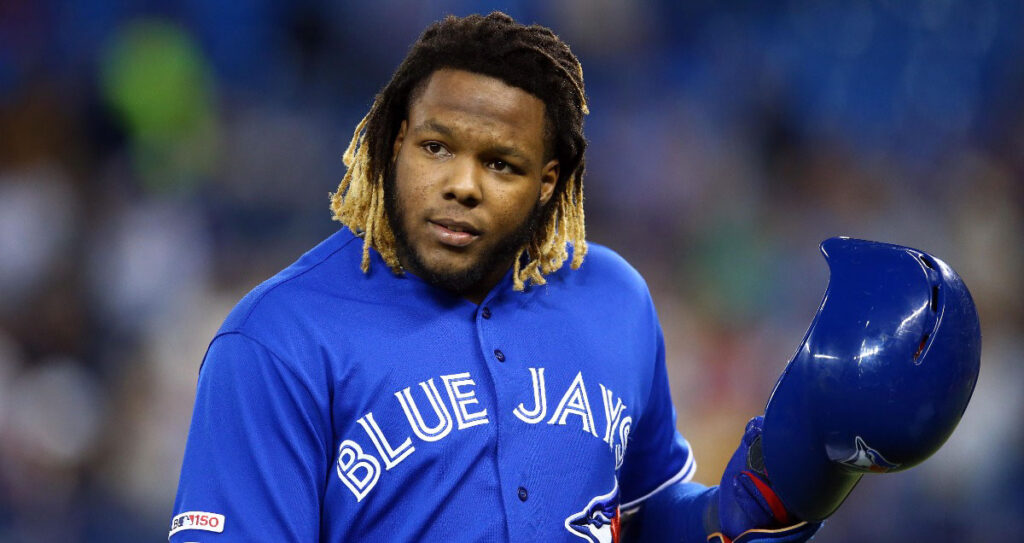 Vladimir Guerrero Jr. and the Blue Jays make up one of our 3 MLB best bets for Friday.
By Mike Noblin on July 22, 2022

It feels great to have a full MLB slate of games back on the betting board today. We got a nice blowout win from the Rangers as a slight underdog over the Marlins yesterday. The Dodgers also won for us over the Giants thanks to a 3-run blast from Mookie Betts in the 8th inning.

Even though the A's let us down in Game 1 yesterday, we'll never complain about a 2-1 day! Let's build on that today with 3 MLB best bets for Friday, July 22.

This one is a little juicy but we just have to play the Cards here, even though it's unknown whether or not Nolan Arenado will be in the lineup due to a sore lower back. We're betting the star third baseman plays tonight, especially since he's had nearly a week of rest. Even if Arenado doesn't play, St. Louis has a ton of edges in this game.

Reds starter Graham Ashcraft has been awful of late, as his WHIP is 2.18 and his ERA is 8.10 over his last three starts. We are expecting Ashcraft's poor form to continue and for guys like Paul Goldschmidt and Brendan Donovan to tee off on some of his pitches that catch too much of the strike zone. We also like that we're getting the much better bullpen here with the Cards.

Nothing will get a ball club going faster than firing the manager in the middle of the season. We saw what happened earlier in the year with the Phillies and we're expecting similar results for the Blue Jays. This team was a victim of a pretty tough first-half schedule and we're expecting big things from them in the second half.

Kevin Gausman has pitched much better than his 6-7 record indicates. The 31-year-old righty has struck out 106 batters and has an impressive ERA of only 2.87. We look for Gausman to keep the Boston bats somewhat quiet in this one.

Another thing we love about this play is the history of Toronto's hitters against Red Sox starter Nathan Eovaldi. The Jays have smashed eight homers against Eovaldi, with Cavan Biggio and Lourdes Gurriel each hitting two. We see Toronto winning this one rather comfortably.

This Rays team is tough to figure out. They were swept by the Reds but then bounced back nicely by completing a four-game sweep of the Red Sox. We hate the fact that Harold Ramirez is out with a fractured thumb but Tampa Bay has a bunch of scrappy bench players that should fill in nicely in his absence.

We don't know who will start for Kansas City on the mound but Tampa will send Drew Rasmussen to the hill. The 26-year-old righty is 5-3 with a 3.22 ERA on the year and the Rays have won 10 of his 15 starts. He's also looked great of late, with a 2-1 record and a WHIP of only 1.23 over his last three starts.

The Rays have struggled a bit on the road this season with a 20-23 record but we think they get the job done tonight against a below-average Royals squad. We think this number should be closer to -150 so it's an easy play for us. Have a fantastic Friday and an outstanding weekend, be sure to check out our UFC Fight Night best bets for Saturday!