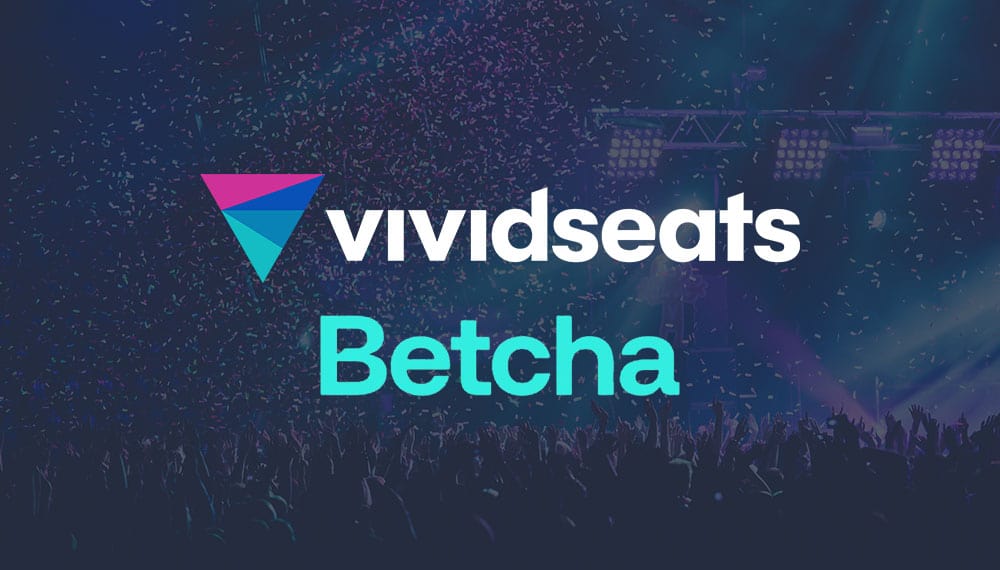 Vivid Seats made a significant acquisition in December, acquiring daily fantasy sports app Betcha (rebranded as Vivid Picks). Vivid Seats is known for its online ticket platform. They have helped millions of regular people get seats or tickets for various events including sports, concerts, and more.

Betcha is known for its real-money daily fantasy sports app that has gamification and social features that allow fans an enhanced connection to all of their favorite live sports.

Why Would a Ticket Marketplace Move into the DFS Market?

This move marks Vivid Seats' first venture into online gaming/mobile betting in the United States. This will give millions of existing Vivid Seats users access to participate in daily fantasy gaming in a new way.

As we have seen with similar moves, Vivid Seats believes it can grow the existing Betcha player pool by marketing it directly to its pool of sports fans across the country.

This move mirrors what Penn Gaming did with Barstool Sportsbook and what 888 Sport is trying to do with SI Sportsbook. Additionally, having a legitimate DFS/sports betting product will allow Vivid Seats to grow its own brand with sports fans across the US.

Why the Betcha Acquisition Makes Sense for Vivid Seats

The Betcha platform is unique to the industry in that the social aspects of the app allow users and their friends to play and win together. Some have described Betcha as the Twitter of the DFS industry. Many of the app's functions are currently one of a kind in the online gaming marketplace.

Stan Chia, Chief Executive Officer of Vivid Seats, had this to say, "The acquisition of Betcha further strengthens our position as a leading marketplace, accelerating our journey into naturally adjacent areas with engaging features that deliver unique experiences for our customers."

As for the Betcha side of this deal, Hanson Wong, Chief Executive Officer of Betcha Sports had this to say, "Vivid Seats and Betcha share a mutual commitment to helping fans experience the thrill of live events combined with a new and innovative yet simple way to play. We could not have found a better partner than Stan and the Vivid Seats team, as we introduce a new gaming experience to millions of Vivid Seats customers."

Who is Vivid Seats?

Vivid Seats was founded in 2001 and quickly made its name in the online ticket marketplace. They are an industry-leading partner connecting teams, events, and artists to fans looking for tickets. A company belief that everyone should "Experience It Live," the Chicago-based company provides excellent value and one of the widest selections when it comes to tickets for concerts and sporting events.

Vivid Seats has a great rewards program for users where they earn points on every purchase made. They are also the official ticket partner for many big-time brands, including the Los Angeles Clippers, ESPN, and the Rolling Stones. Unique technology and proprietary software that allows a user-friendly platform for live ticketing set Vivid Seats apart.

While we have seen pro sports teams and players, popular websites, and magazines get involved in iGaming, Vivid Seats is the first ticket marketplace to market the move. That being said, given Vivid Seats' background in technology, marketing, and user rewards, this is a move that has many excited to see where they can take the brand.

What is Betcha Fantasy?

This announcement caps a huge year for Betcha. The company was founded in 2018 and initially saw slow-but-steady growth, however they have seen their player pool and market share rapidly grow throughout the 2021 NFL season.

Betcha, a daily fantasy sports mobile app offers player prop contests and, most notably, a user-friendly interface that has social and gamification features. Betcha has been an industry innovator that has provided fans with something different from many cut-and-paste daily fantasy offerings.

This is the second major acquisition for Vivid Seats since new CEO Stan Chia took over in 2019. Founded back in 2001, Vivid Seats acquired ticketing company Fanxchange in 2019.

This deal looks to be an excellent new revenue source for Vivid Seats in the ever-growing online sports gambling scene in the United States. With Betcha Fantasy currently only live in 24 states as well as Washington DC, there is plenty of growth opportunity simply by expanding into the additional 19 states where DFS is already legal.

Beyond just the potential reach for the DFS product, should Betcha choose to move into the sports betting industry, as Underdog Fantasy announced they would in 2021, there are an additional 20 states and growing that now allow mobile sports gambling.