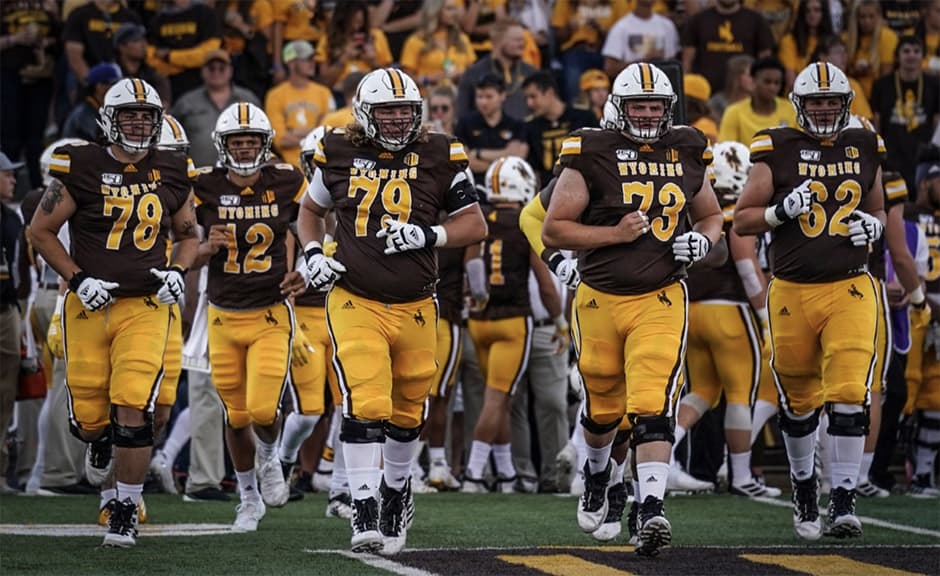 ‘When will the application process start?’ This was the most frequent question you could hear from Wyoming sports betting stakeholders after the rules of the state's sports betting bill got approved at last Tuesday’s meeting. The finalized form of the regulations got developed with the help of the state betting stakeholders and the approved rules are already on the desk of Governor Mark Gordon.

Wyoming Gaming Commission Executive Director Charlie Moore said that while they are already preparing for moving to phase two, they still have a lot on their plate before the applications and licensing signups can open up.

The new sports betting law mandates that all the rules, including the section on applications and licensing need to be finalized by September 1st. Based on what we’ve seen in other states, it takes about three months from the opening of the application window until the operators receive their licensing. This means that bettors won’t be able to put in their tickets by NFL’s opening day, but sports betting should go live sometime mid-season.

With the addition of Wyoming, now more than half of the U.S. states have a clear path to legal sports betting.

After the current set of rules goes through Gov. Mark Gordon’s approval, a 45-day public comment period will open up. If any additional suggestion is worth considering the commission will include it in the law before the final vote happens. The commission stressed that after working closely with the stakeholders for months, all their suggestions have already been built into the current version of the rules.

When looking at other states we can see that there is about a six-month period between the date of legalization and the final approval of the rules. Virginia legalized sports betting in April 2020 and the rules got approved by mid-September, while in Colorado wagering went live in early May 2020 after an approval back in November 2019.

With the governor signing the bill HB 133, Wyoming will become the first state to legalize sports betting in 2021. Wyoming’s online marketplace is will be one of the most open betting marketplaces in the U.S. and it will also be only the second market besides Tennessee going with online-only wagering.

Operators in Tennessee could only launch on November 1, 2020, after a 2019 approval as the finalization of the rules for their online-only marketplace proved to take longer than it was previously expected.

Wyoming’s new sports betting law does not allow for retail sportsbooks and it sets the tax rate at a fixed 10% on gross gaming revenue. Wagering is allowed on all college, professional and Olympic sports. Wagers can also be placed on local college teams, hello cowboys, something that is not allowed in multiple states. Wyoming becomes just the fifth jurisdiction to set the legal wagering at 18 along with New Hampshire, Rhode Island, Montana, and the District of Columbia.

Although Wyoming’s population of less than 600,000 isn’t suggesting it will be an enormous market, the application and licensing fees are among the lowest in the entire country at $25,000 and $100,000 (for five years) respectively, which is more than welcomed by operators.

The law also requires at least five active licenses to be handed out and it does not set a maximum. It seems that sports betting sites will be forced to compete for their future customers, which – in all likelihood – leads to multiple high-level sportsbooks.

Tuesday’s vote was nearly unanimous at 7-1, with only newly appointed commissioner Jenni Wildcat voting with a no. Comm. Wildcat forced her discomfort at approving rules that are not finalized yet.

There were multiple changes to the rules on Tuesday. These mostly included ideas from Tennessee, Michigan, Indiana, Iowa, and Colorado – all states that already have experience in running legalized sports betting. The improvements to the rules also included minor technical and language changes.

Commissioners pointed out that there is an entire section of the rules requiring operators to outline their advertising guidelines. The law also requires $300,000 of tax revenue to be designated for problem gambling initiatives. This number is much larger than what we’ve seen in other states of similar size and problem gambling advocates were also satisfied with it.

Wyoming will also be the first state to allow exchange wagering. Exchange wagering is a form of sports betting that is traditionally popular across Europe and Australia and allows two or more bettors to place opposing bets on the same market going head-to-head against each other on any event. The launch of the first US-based sports betting exchange is certainly something sports bettors can look forward to!