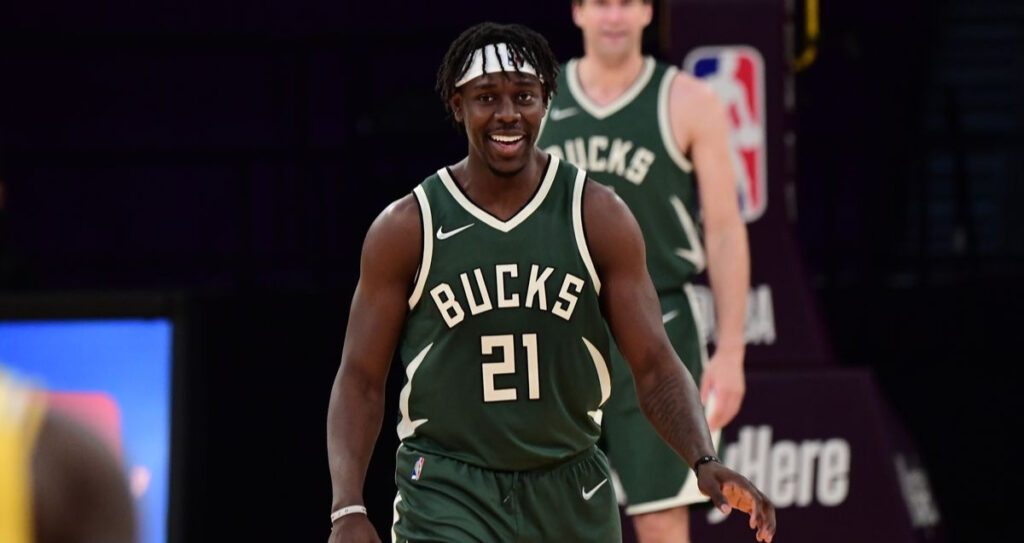 Our favorite PrizePicks NBA prop for Wednesday is on Jrue Holiday to go Over 6.5 assists.

The flu bug bites us all from time to time. Unfortunately, it bit Anthony Davis last night, and that kept him from scoring enough points for us. Thankfully, Donovan Mitchell had no trouble going over his point total to keep us at an even 1-1 on the evening.

Let's bounce back with a winning day with these 3 PrizePicks NBA props for Wednesday, December 7. A couple of these prop picks are on the primetime ESPN matchup between the Knicks and the Hawks.

Holy Value, Batman! Five different sportsbooks (FanDuel, DraftKings, BetMGM, Unibet, and Caesars) have Young's point total priced a full point higher. That tells us that there's some serious value in the Over.

A 1-point difference may not sound like a lot, but in sports betting, we're constantly trying to find small edges anywhere we can find them. It's a lot like day trading. Search for the best price and exploit it!

Young is also in good current form, as he's averaging 28.6 points per game over his last 10 contests. He's gone over this posted total in 5 of his last 9 games. Also, the Knicks aren't a great defensive team, so Young shouldn't have any trouble scoring tonight.

Here's another solid play for the early ESPN game. Randle is averaging 8.5 rebounds per game this season, which is a full point lower than this number. He's also only bringing down 8 boards per game over his last 10 games.

There are a ton of other trends that support an Under in this spot. Randle has stayed Under this rebounding number in 4 straight ball games. The former Kentucky Wildcat has had 9 rebounds or less in 15 of 24 games this season. The last time Randle faced the Hawks, he only pulled down 6 rebounds.

The matchup is also a tough one for Randle. Atlanta will have one of the best rebounders in the league down low in Clint Capela. Capela is 2 inches taller than Randle and a little bit bulkier, which could limit Randle's rebounding chances.

Most of the other sportsbooks in the market agree with this play. FanDuel and Caesars have the Under juiced to -132, while BetMGM, PointsBet, and DraftKings have it at -130. Let's roll with the Under on Randle's rebounding number.

The Over/Under for the Kings at Bucks game is set at 236. That tells us that there should be lots of back-and-forth scoring opportunities and hopefully lots of assists for Holiday. The former UCLA Bruin is currently tied for the league lead in assists per game with 7.5.

A quick scan of the market tells us that this is a good play as well. BetMGM currently has the Over juiced to -140 while UniBet and Caesars have it at -139, respectively.

Best of luck today, everybody! Let's get that 3-0 sweep to put Wednesday into the W column. Thanks as always for reading!