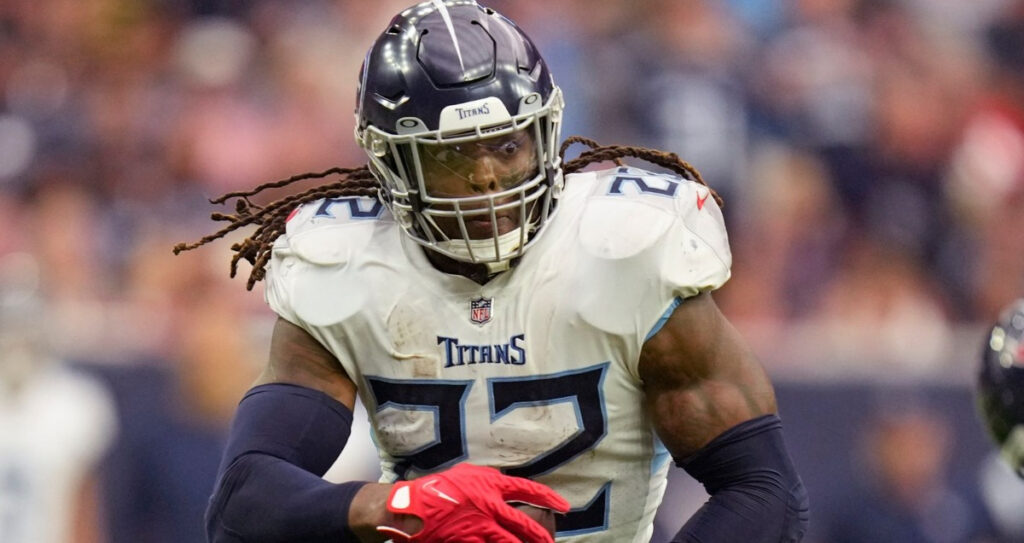 We hate fading a guy like Derrick Henry, but we think the Chiefs front 7 will keep him bottled up on Sunday Night Football.

From one double-digit favorite to another, Sunday Night Football is primed for another potentially lopsided game in Week 9. The Kansas City Chiefs welcome the Tennessee Titans to Arrowhead Stadium fresh off their bye week as 12.5-point favorites.

Andy Reid coached teams have a winning percentage above .840 in the first game after a bye week, and those teams have covered the spread more than 65% of the time.

Both teams enter the week at 5-2 this season, with Tennessee covering the spread in five of their seven games compared to Kansas City doing so just three times out of seven.

Week 8’s edition of SNF prop best bets ended up going 1-2, with a fourth-quarter Aaron Rodgers touchdown pass costing us another winning week. Aaron Jones shattered his rushing yard total costing us that under play, but Dawson Knox saved the batch by only catching two passes for 10 yards to land safely under his receiving yard total.

Our SNF best bets are 12-8 dating back to late September so let's fire away with another round of them for Week 9’s game in Kansas City.

The strength of the Chiefs’ defense is their run-stopping ability. They allow the third-most passing yards per game in the NFL while allowing the third-least rushing yards per game. If there’s any team that this type of defensive strategy will be put to the test against, Tennessee ranks high on that list.

Henry is averaging 26.4 carries and 129.6 rushing yards over the Titans’ last five games resulting in a 5-0 stretch for a team that began the season 0-2. Andy Reid had an entire bye week to develop a game plan to stop Henry, and as we addressed earlier he usually accomplishes that goal.

In this matchup of strength vs. strength, we give the advantage to the Kansas City defense. Henry's a beast, but we can't pass up this Under!

Mahomes and company are facing a Titans team that’s allowed 14 passing touchdowns through their first seven games of the season. In the three previous games he’s played against Tennessee in his career, Mahomes is averaging 40 pass attempts and 315 passing yards per game.

He threw for three touchdowns each in two of those games, and none in their surprising 27-3 defeat last October. We consider that last performance a serious outlier.

Tennessee looks unlikely to keep this game competitive for 60 minutes. That said, Mahomes and the Chiefs offense, which leads the NFL in touchdown passes, should pick up right where they left off before their bye week.

The Titans have attempted 11 field goals in seven games this season, a rate that puts them in the bottom 10 among NFL teams. Bullock’s 81.8% field goal percentage is below league average in 2022, with both misses coming from the 40-49 yard range.

He has not attempted a kick from 50+ yards this season. These factors, combined with a chilly, blustery night in Kansas City with wind gusts up to 15 mph, make for unfriendly kicking conditions.

Additionally, as we addressed in the Derrick Henry prop pick, Tennessee’s run game will be tested against a stout Kansas City front seven. Tennessee's lackluster passing attack will be affected by the same wind that may impact Bullock’s field goal attempts. The Titans will have trouble moving the ball into field goal range and will face further difficulty once they arrive there on Sunday night.