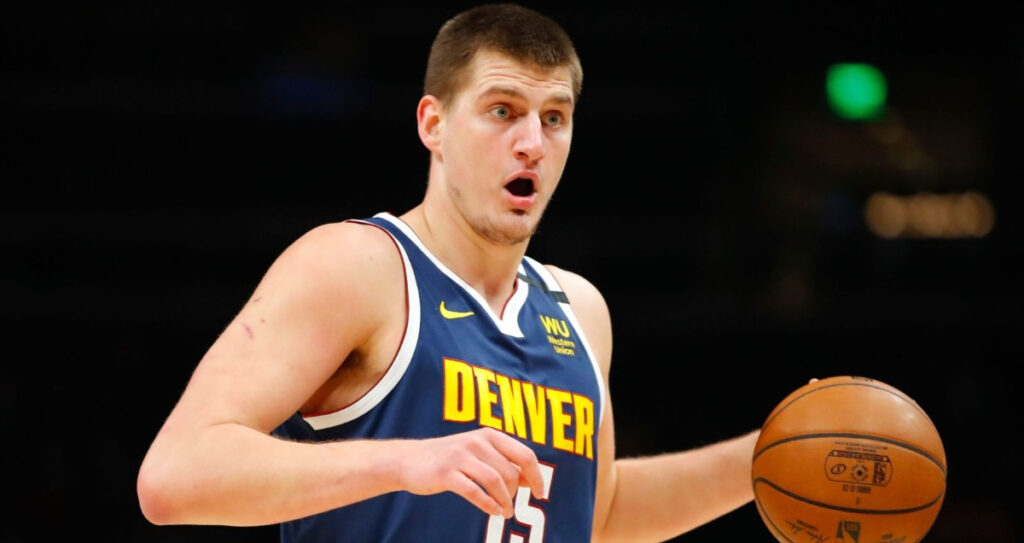 One of our 6 favorite NBA player prop bets is on Nikola Jokic to hit at least 1 three-pointer!

Happy Veteran’s Day, everyone! One of the best ways that we can celebrate this momentous day is by watching some NBA basketball with the veterans in our lives.

To make watching those games a tad more interesting, let’s look at some NBA player props for tonight’s slate. Let's start the weekend off right by winning some money! Good luck!

Jayson Tatum OVER 40.5 Pts/Rebs/Asts (Play of the Day)

We really enjoy talking about Jayson Tatum around here. Mainly, because he’s having an absolutely incredible season. He is averaging 31.2 PPG, 6.9 rebounds, and 4.1 assists.

Simply put, Tatum is going off this year. The matchup with the Nuggets tonight is certainly a good one for Tatum, as it has the makings of a high-scoring affair.

Take the over in Tatum’s PRA tonight. He’s only getting better as the season goes on.

Tonight’s matchup between the Nuggets and the Celtics should be a high-flying affair. This game should feel like a playoff game, and Jokic will have his hand in every part of it.

While he isn’t hitting three-pointers at a high clip this season, he has made a three in six of his eleven games on the season.

When big men shoot and make threes, everybody wins! Take the Joker to make one three-pointer tonight, if for nothing else than to make you smile when it happens.

Anthony Davis and the Los Angeles Lakers are not playing well to begin the 2022 NBA season. The Lakers are currently sitting with an abysmal 2-9 record and just have not been able to put it together thus far. They play their cross-town rivals in the Clippers tonight.

We’re expecting this game to get out of hand early. Don’t be surprised if Davis has reduced minutes in the second half, especially if this game is a blowout.

Besides, Davis is only averaging 35.7 PRA on the season, and we don’t think that tonight is the night for him to have a huge game. Take the under with confidence.

The Minnesota Timberwolves are such a frustrating team to watch. They have so much talent, yet they can’t seem to turn that into real-life production on the basketball court.

In their game versus the Grizzlies tonight, the Timberwolves will need a leader to step up. We’re projecting Towns to be that leader. Take the over for KAT’s points tonight.

Kevon Looney has been taking a bit of a backseat to Draymond Green this season. Looney is only playing 23.5 minutes per game, and in those minutes, he’s only averaging 6.6 rebounds.

In fact, he’s only eclipsed the 7.5 rebound mark five times in the Warriors' first eleven games. In tonight’s contest versus the shockingly good Cavaliers team, take the under on Looney’s boards.

Desmond Bane OVER 3.5 Three-pointers Made

Desmond Bane is such a fun player to watch. The Grizzlies are truly gifted with a young core of Bane, Ja Morant, Dillon Brooks, Jaren Jackson Jr, and so many more.

Bane has been hitting three-pointers at a 46% clip on the season, and he has made over 3.5 threes in three of his last five games. Take the over tonight in the Grizzlies game against the Timberwolves.