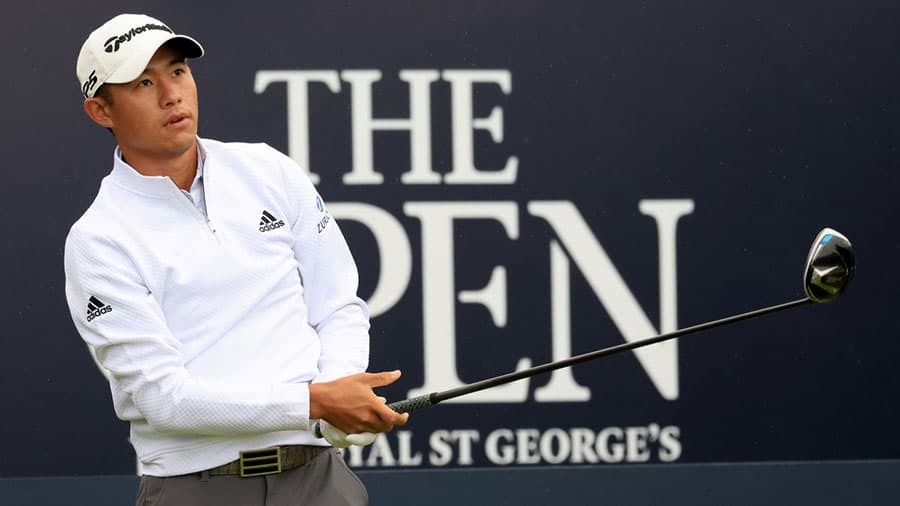 Round 1 of the Open Championship is in the books and Louis Oosthuizen looked like a magician at Royal St. George’s Golf Club. The 38-year old with the boyish grin dominated the entire field by shooting a 64 on Thursday which put him at six-under-par. Oosthuizen made four birdies on the back nine and didn’t make a bogey all day.

Open Championship Round 2 Matchups to Target

One of our favorite ways to bet golf tournaments is matchups. Here are two matchups we are already targeting for round 2 of The Open Championship. We also recommend targeting these players when live betting round 2.

The scariest part of Morikawa's three-under round? He hit only 7 of 14 fairways. While you can make the argument that that is not a great sign heading into round 2, Morikawa's mindset has to be it can't get worse and I'm still sitting at T9, only 3 strokes back.

With Armitage up a stroke on Bland after round one, we were really hoping to get closer to even money here but will still take Bland at -129. Bland was an extremely popular longshot bet coming into the 2021 Open Championship, and with good reason. He surprised many with an unreal opening 36 and eventual T50 at the U.S. Open and came into the Open Championship off of a T4 at the Irish Open and a T15 at the Scottish Open.

Looking at their rounds yesterday, Bland was significantly better than Armitage, even if it didn't show up on the scorecard. Some stats to keep in mind here: Bland hit 75.57% of fairways to Armitage's 57.15% and hit 88.33% greens in regulation to Armitage's 66.67%.

Three Outright Picks to Consider After Round 1

Even though Oosthuizen is first on the leaderboard, Jordan Spieth is listed as the current betting favorite to win The Open Championship at +400. Will Spieth or Oosthuizen be able to continue their brilliant play over four straight days? Let’s take a quick look at the current odds according to FanDuel Sportsbook.

While we would love to target Collin Morikawa with a two-shot advantage over Koepka, it's just too hard to pass on Brooks when he is within striking distance and at +600 better odds. Nevertheless, expect Collin to be someone we target in the matchup and live betting throughout the weekend. His game is an absolutely perfect fit for this tournament.

Koepka didn’t play badly in Round 1 on Thursday but he never truly found his groove. However, the four-time major champion is a big game hunter who has a genuine knack for contending when the stakes are the highest. Koepka finished with a 69 which put him in a tie for 32nd place.

The former Florida State Seminole should put together a much better round on Friday now that he knows what to expect at Royal St. George Golf Club. We know it sounds crazy, but Koepka is almost worthy of an automatic bet when playing in a major. At the current odds of 22 to 1, we think Koepka is worth a medium investment.

DJ finally saw the light and decided to go back to the same equipment he used during his epic 2020 run. The 37-year old shot a 68 during Thursday’s first-round which put him in a tie for 19th place. Johnson had a bit of trouble on the front nine by making two bogeys, otherwise, he would be in the Top 5.

Johnson has played inconsistently this season so it was good to see him look more like his old self on Thursday. The two-time major winner has never won The Open Championship so he’d love to add a Claret Jug to his resume. If DJ can start rolling in a few more putts, he could find himself in contention on Sunday. Even though 2021 has been a bit of a roller coaster for Johnson, we still think he’s worth a medium bet at the current price of 22 to 1.

We know he’s a long shot, but don’t count out Molinari in The Open Championship. The 38-year old Italian won this event back in 2018 when it was at Carnoustie. The three-time PGA Tour winner will try to channel some of those good vibes in this year’s tournament.

Molinari may not be long off the tee but he’s deadly accurate with his irons. He also is a master at chipping and pitching as evidenced by his ranking of 28th on tour in strokes gained around the green. At the generous current price of 84 to 1, we’ll recommend a small investment in Molinari.