Giants at Vikings: 3 PrizePicks Props to Jump On 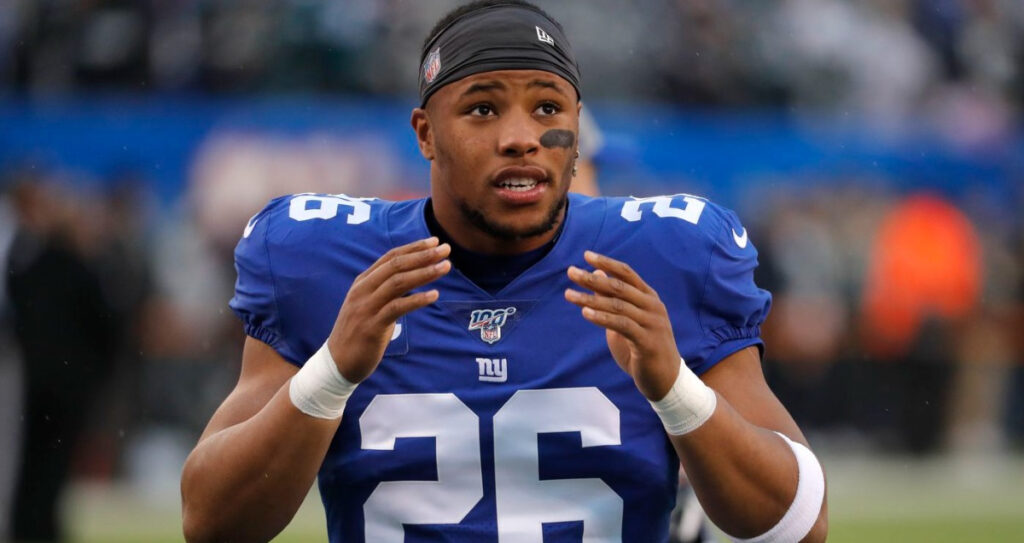 We like Saquon Barkley to snag over 3.5 receptions as 1 of our 3 PrizePicks props for Giants at Vikings.

The middle slot on Wildcard Sunday belongs to the Giants at Vikings matchup. These two teams last met on Christmas Eve back in Week 16, with the Vikings pulling out a tight 27-24 victory. How will this Wildcard game play out?

We've thoroughly dug into this game and found 3 PrizePicks props to jump on! Let's shoot for that 3-0 sweep before getting ready for Sunday Night Football. Best of luck with all your NFL action!

This number looks to be at least 1 reception too low over at PrizePicks. Barkley's receiving ability was a major part of the game plan for New York back in Week 16, and he ended up with 8 receptions during that game. We're expecting Brian Daboll to stay with those short screen passes to Barkley in this rematch.

We love that PointsBet prices this a full reception higher at 4.5. DraftKings also tells us that we're on the right track, as they have 3.5 juiced to -140. We'll ride Barkley over this total as our first prop.

We have to admit that we do feel a little sorry for Irv Smith. He missed the entire 2021 season with a torn meniscus and ended up on IR for half of 2022 with a bad ankle injury. After that, Minnesota brought in TJ Hockenson from Detroit.

Obviously, bringing Hockenson in has affected Smith's playing time. He did make it back to the field in Week 18 but only played 45% of snaps. We're just not expecting Smith to be a large part of the Vikings game plan on Sunday.

Also, the Giants are slightly above average at pass defense. They rank 13th in yards per pass allowed, which isn't too shabby considering their tough schedule. Look for Smith to spend lots of time on the bench and for him to stay Under this total.

Jones hasn't gone over this number of completions very often this season, but we still feel the Over is the right side. Jones completed 30 passes against Minnesota back in Week 16, and he made it look easy. In 2 career games against the Vikings, Jones is averaging 26 completions per game.

The Vikings' secondary has been their Achilles heel all season long. They only rank 24th in completion percentage allowed and 30th in yards per pass allowed. Needless to say, Jones should be able to pick them apart once again.

Three large online sportsbooks (FanDuel, PointsBet, Unibet) price this prop at 22.5, which tells us that we have a good bit of value on this Over. Caesars has it priced at 21.5 like PrizePicks, but they're juicing the Over at -154.