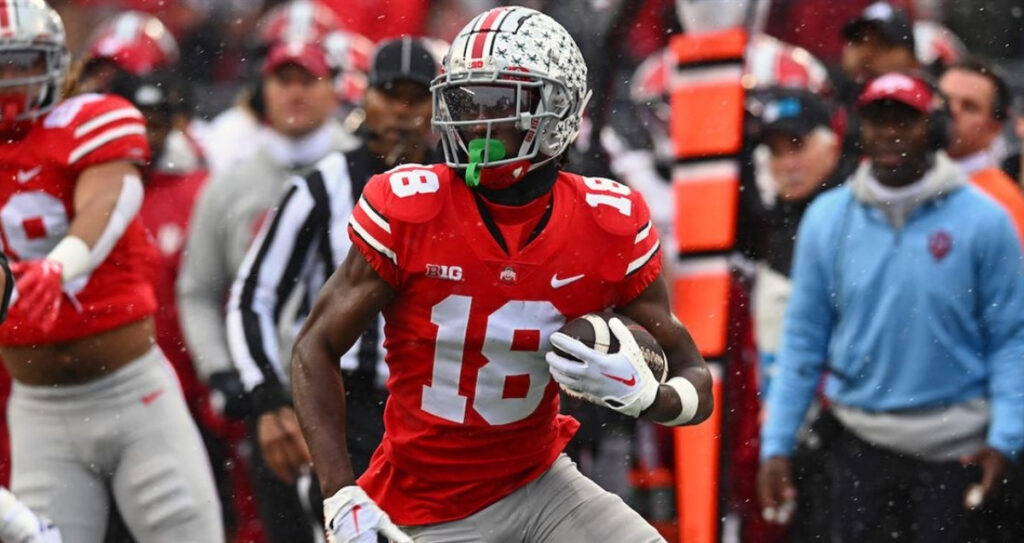 Two of our 5 PrizePicks props for Ohio State vs Georgia are on Marvin Harrison Jr.

Ohio State versus Georgia in the College Football Semifinal? Sign us up! With two of the most prolific teams in the NCAA facing off this weekend, we are in for a real treat with this matchup.

Let’s peek at our 5 favorite PrizePicks player props for Ohio State vs Georgia. Let's make some money before ringing in 2023!

Stetson Bennett was one of the most talked-about college football players coming into this season. Although he has led Georgia to a perfect record on the season, many have questioned whether Bennett is a truly elite quarterback who can succeed at the next level.

In this matchup with Ohio State looming, we like Bennett to hit the under in this spot, as he has only had over 270.5 yards or more in two of his past five contests.

If you didn’t know that Marvin Harrison Jr. had a father in the NFL, we can’t help you. It’s mentioned approximately 25 times every time there is an Ohio State game on, as the broadcasters typically love storylines such as this one.

However, Harrison has lived up to the hype and is only a sophomore. He has had six games this season with over 100 yards and is a true playmaker for this Ohio State offense.

Star players make big plays in the spotlight. We like Harrison to shine in this game, making the over on his receiving yards one of our favorite props of this game.

Brock Bowers is quickly turning into one of the nation’s best tight ends. As a sophomore this year, Bowers has turned in 52 receptions, 726 yards, and six touchdowns.

Similarly to Harrison, we’re expecting a star-caliber player like Bowers to make his presence known in the college football playoff. Take the over for Bowers’ reception total in the game, you will not be disappointed.

Don’t overthink this one. Although touchdowns can certainly be a fluky prop to bet on at times, because of the spotlight, we’re liking Harrison’s odds of scoring a touchdown in this game.

C.J. Stroud will want to throw to the players that he trusts most, which, in this case, is Harrison.

Ohio State has an embarrassment of riches when it comes to its offense. Not only do they have a future lottery pick in quarterback Stroud, but pairing Egbuka with Harrison has been a lethal combination in their wide receiver room.

Egbuka has eclipsed 69.5 receiving yards in nine of Ohio State’s 12 games this season. Look for Egbuka, along with Harrison, to have monster games this week.