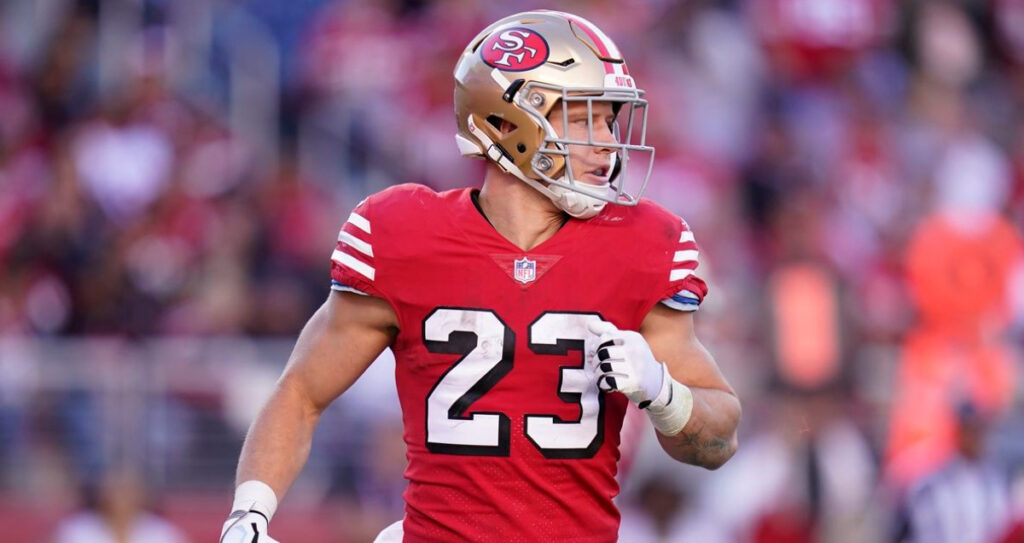 We like Christian McCaffrey to go Over 65.5 rushing yards as 1 of our 3 PrizePicks props for Monday Night Football.

The San Francisco 49ers will face off against the Arizona Cardinals in Mexico City on Monday Night Football. The Niners are currently listed as a 10-point favorite and the total is sitting at 42.5. Can Arizona keep this one close?

Our NFL player props got back on track yesterday with a nice little 3-0 sweep! It felt great to be back in the winner's circle and we'll look to build on that positive momentum. Here are 3 PrizePicks props for Monday Night!

This nasty San Francisco rush defense has made us some nice coin this season and we're going to ride them again tonight against Conner. The 49ers have an incredible defensive line that seems to just live in their opponents' backfield. Kevin Givens does a great job of plugging the middle and Nick Bosa is a beast on the end.

When perusing the season-long metrics, it also makes us like the Under. Conner has stayed Under this rushing yardage total in 4 of 7 games this season. He's also only averaging 44.9 rushing yards per game!

We hate fading an incredible athlete like Deebo Samuel. However, we have to trust the numbers. Samuel has gone Under this receiving yardage total in 5 of 8 games this year.

The former South Carolina Gamecock has also stayed Under this total in 3 of his last 4 contests. The addition of Christian McCaffrey has been great for San Fran but it's kind of diminished Samuel's productivity.

With the Niners being such a large favorite, they may not have to pass the ball too often in this game. San Fran only throws 31 passes per game, which ranks 24th in the league. Kyle Shanahan only calls passing plays 54% of the time, which ranks 23rd.

C-MAC has found a great home in the Bay Area. We're excited to see what he can do down the stretch for the Niners this season. Our projection shows around 80 rushing yards for McCaffrey tonight so this pick is a no-brainer.

We think the game script favors McCaffrey getting a lot of carries in this game. If San Fran gets up a couple of scores in the 4th quarter (which is highly possible), look for Shanahan to pound the rock even more than he normally does. Arizona's rush defense is good, but not good enough to keep McCaffrey under wraps for 60 minutes.

In 3 career games against Arizona, McCaffrey has averaged 91.7 rushing yards per game. That stat alone points us toward the Over. We also like the fact that DraftKings, BetMGM, and Caesars all have this prop priced a full yard higher.

Best of luck with all of your Monday Night Football action! Let's keep the W train rolling!