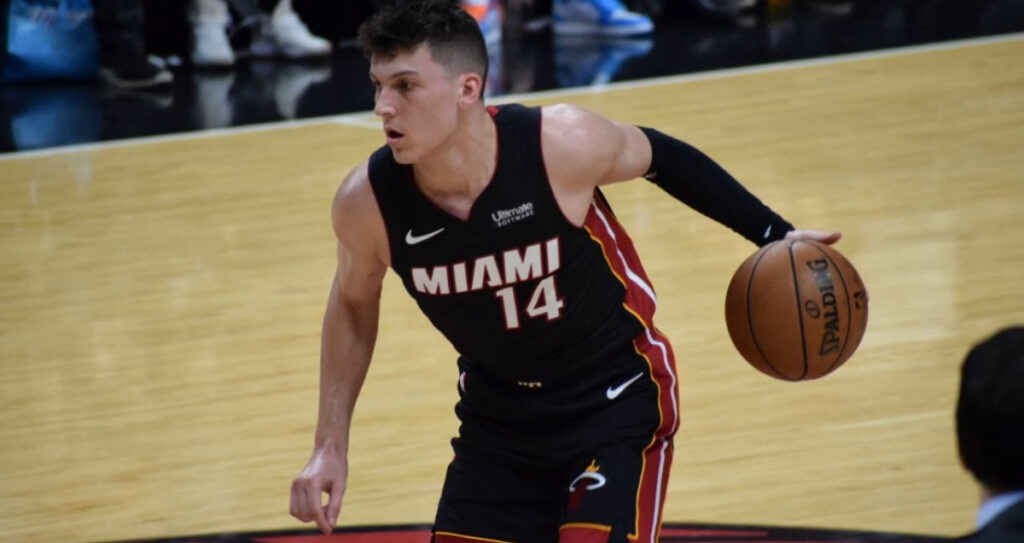 One of our 3 PrizePicks NBA props for Friday involves Tyler Herro.

Our winning streak came to an end last night with a 1-2 performance. Killian Hayes had an awful time shooting the ball over in Paris, and Jayson Tatum racked up 6 assists to bust our under on him. Our only winner was on Joel Embiid, who continues to get fewer rebounds despite his behemoth-like size.

There are 9 games on Friday's NBA slate, and we've found a few player props that are worth an investment. Our main focus will be on the Miami vs. Dallas matchup, which starts at 7:30 Eastern on ESPN. Two of our prop plays will be on that game.

We're piping mad and ready to bounce back strong. Here are 3 PrizePicks NBA Props for Friday, January 20. Best of luck, and Happy Friday to all!

Herro has missed a few games of late, but he's still having a terrific season. He's averaging 20.8 points per game, so we're a little curious why this prop number is so low at PrizePicks. Both FanDuel and Unibet list this prop at 18.5, with the Over slightly juiced.

The former Kentucky Wildcat hasn't had any trouble scoring on the road this season, as he's averaging 21.5 points in those contests. Herro has also exceeded this point total in 22 of 34 games this season. Those are pretty strong indicators that the Over is the way to go with this one.

The matchup should also be somewhat easy for Herro tonight against Dallas. The Mavericks are 22nd in the league in defensive efficiency. That should mean plenty of open looks for Herro, so we'll take the Over.

We must need our heads examined for fading Luka in any capacity. Nevertheless, we think there's some value in this Under. Doncic is only averaging 8.8 rebounds per game this season, which is quite a bit lower than this number at PrizePicks.

Some of the other metrics also favor the Under. Doncic has stayed under 10.5 rebounds in 28 of 41 games this season. He's also stayed under this number in 4 of his last 6 games.

The matchup should also make it tough for Luka to do much on the glass in this game. Miami ranks 7th in the league in rebounds allowed. Take the Under.

Paolo Banchero UNDER 1.5 Made Three-Pointers

Banchero has been shooting the ball pretty well of late from downtown. However, we think he'll regress a little bit tonight against New Orleans. The Pelicans lead the league in 3-point defense, so Banchero may not get many opportunities from behind the arc.

The former Duke Blue Devil is averaging 1.4 made three-pointers per game for the season. While that number isn't too bad, he has made 1 three-pointer or less in 23 of 37 games. We like our chances with the Under.

We also have some strong market support in our favor with this play. Caesars has the Under juiced at -143, while BetRivers isn't too far behind at -137. We'll roll the dice and hope that most of Banchero's points come from inside the three-point line.