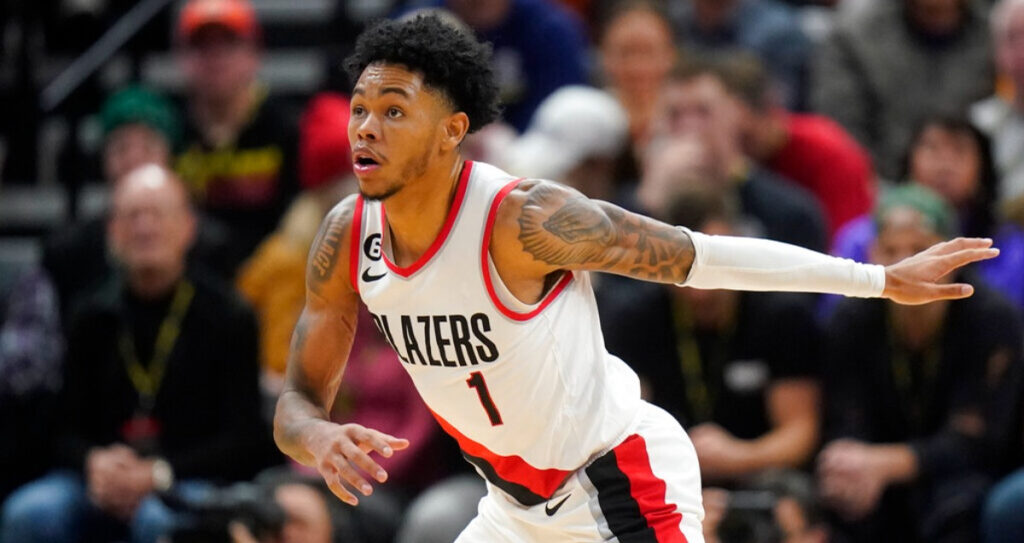 One of our 3 PrizePicks NBA props for Friday is on Anfernee Simons Over 3.5 made three-pointers.

We bounced back with a nice 2-0 night with our NBA player props on Thursday! Tre Jones only grabbed 2 rebounds, which cashed our Under 3.5 ticket. CJ McCollum finished with 9 assists, which easily covered our Over 6.5 play.

With 14 games on the NBA betting board tonight, there are a plethora of player props to choose from. We've combed through them all to bring you what we think are the top 3 plays on the card.

Last night's sweep got us back to above .500 on the season at 32-30. Let's stay hot with 3 PrizePicks props for Friday, December 23. Best of luck with all of your action!

Duren's a solid rebounder, but he's got a long way to go as a scorer down low for Detroit. The 19-year-old from Memphis is averaging 7.2 points per game this season. He's stayed Under this point total in 21 of 31 games so far as a pro.

We love that Unibet prices this prop a full point lower at 7.5, which is where our numbers say it should be. BetMGM and DraftKings also juice the Under significantly at -140 and -135, respectively.

What else makes us like this play? Duren has gone Under this amount of points in 4 of his last 6 games, and he's only averaging 7.2 points per game on the road. Atlanta isn't great defensively, but they're not too terrible, either. We think Clint Capela can limit Duren's offensive numbers tonight.

Sometimes bookmakers look too much at the yearly stats without fully considering a player's current form. We think that's what's going on here with Murray's assist number. He's averaging 6.3 assists this season but only 4.8 over his last 10 games.

Murray has also stayed Under this assist total in 12 of his last 14 outings! Overall this season, he's 16-11 to the Under. With Atlanta being a 9-point favorite, they may not need Murray to play very many minutes in this one.

The market also agrees with us. Unibet has this juiced to -150, and FanDuel prices it at -140. Those are 2 strong indicators that we're on the right side of this one.

Anfernee Simons OVER 3.5 Made Three-Pointers

I've always wondered if Simons's parents named him after Anfernee "Penny" Hardaway. Whether that's true or not, Simons isn't shy about shooting the 3-ball. He averages 10 shots per game from beyond the arc and makes an average of 4 of them.

We expect Simons to light it up from downtown tonight against this Denver defense. The Nuggets only rank 27th in defensive efficiency and 21st at defending three-pointers. That could be a problem against a guy like Simons, who is shooting nearly 42% from 3-point land over his last 10 games.

The real kicker for us, though, is the season-long metrics. In 30 games so far this season, Simons has hit 4 or more three-pointers in 20 of them. This one sure looks like an easy Over.