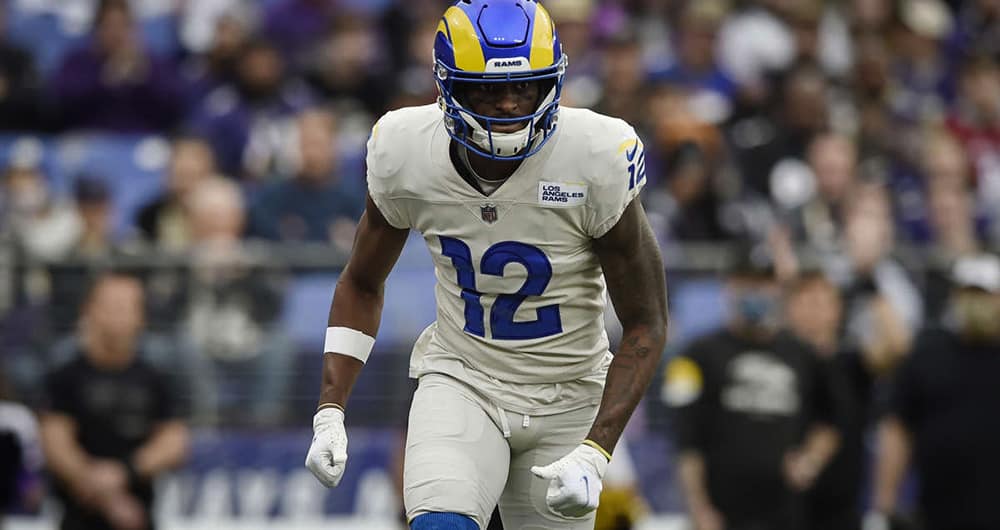 Super Bowl LVI is just two days away and Underdog Fantasy has more ways to get into the action than any fantasy app on the market. Not only are they offering their traditional 2-3 team snake drafts, but they are running massive Big Game tournaments that include prize pools of up to $100,000. This includes The Big Game 2 tournament, which is live in the lobby (only 7% full at the time of publishing), has a $5 entry fee, and pays out $20,000 to the winner.

As great as the snake draft offerings at Underdog are, it is the Super Bowl Pick'em contests that caught our attention and will be the focus of this article. These offer a great way for sports fans in non-betting states to wager on legal Super Bowl player props.

If you are new to this format, it is as simple as picking the over/under for players in a single stat category including passing yards, rushing yards, receiving yards, fantasy score, and more. If you are new to Underdog, their current Super Bowl offer includes a 100% deposit bonus and a one time Pick'em wager on Joe Burrow over 1 yard passing in Super Bowl LVI.

Here are our favorite Underdog Pick'em plays for Sunday's Super Bowl matchup between the Los Angeles Rams and Cincinnati Bengals:

Stafford has a completion of 40.5+ yards in 7 of his last 10 games and 13 of his 20 games this season. His average completed air yards (6.7) was third-most in the NFL despite the Rams playing the league's toughest schedule by a wide margin this season.

This pick made our Super Bowl props and same game parlay pick, so subscribers should not be surprised here. Mixon has hit this number twice in his last 8 games and has only hit it twice all season in games decided by less than 14 points.

Beyond just the fact that this number is two high when compared to his season output, the matchup is just brutal here for Mixon. The Bengals offensive line is a dumpster fire, and Mixon gets, on average, less than 1 yard before contact. Combine that with the fact that the Rams defense allows only 1.03 yards before contact, and has allowed only 4 runs of 20+ yards all season (second fewest in the NFL) and there is just no path to Mixon hitting his rushing prop here.

We absolutely hate targeting props under 10 yards as it takes only one flukey play to lose the wager, but this one is just too enticing. We were surprised to even see a Perine rushing prop on the Underdog board as he has just 2 carries for 6 yards since Christmas. This one might be as good as that Joe Burrow 1 yard special available for Super Bowl 56...

Van Jefferson has been MIA with Odell's role in the Rams' passing attack expanding on a weekly basis over the past two months, but he's still an easy bet here. He has hit this prop in 2 of the Rams' 3 playoff games, despite having only 5 receptions. Even more, in the game he failed to register an 18+ yard reception (NFC Championship game) he had 120+ targeted air yards.

He has had a reception of 18+ yards in 16 of 20 games this season and, again, should register one here against a Bengals secondary that gave up, on average, 4 20+ yard receptions per week this season.