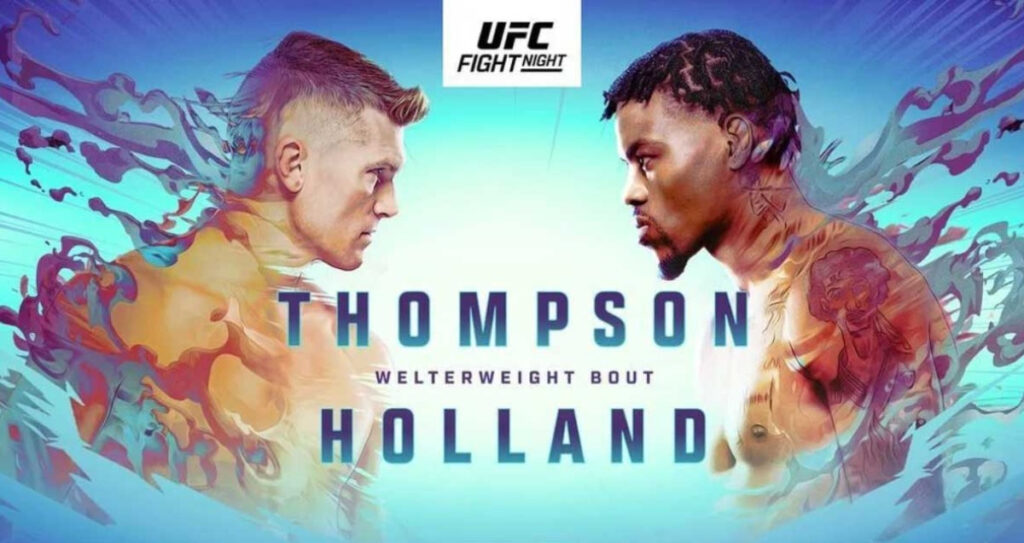 We like Kevin Holland to defeat Stephen Thompson in the Main Event of UFC Fight Night.

While most folks are pumped for another busy weekend of football, we're more fired up for UFC Fight Night! Football season is the perfect time to make money in the fight game because oddsmakers are much more focused on setting NFL lines than a Fight Night undercard.

The UFC continues to be one of our main money-makers and we can't wait for Saturday night to get here! Find the live odds and best bets for Thompson vs Holland below. As usual with our new format, we have a top play for the Main Event, Main Card, and Prelim Card.

Anthony Pettis is the only man to have knocked out Stephen Thompson in his career. We believe Holland has the power to put Thompson to sleep but on the chance that it does go to a decision, this will protect the play.

No disrespect to Thompson who we believe is better than his last couple of fights, but Holland is going to be looking to make a statement after he stepped in last minute to fight Chimaev. You also have to wonder about what kind of shape Thompson is in since he hasn't been in the ring in almost a year.

Holland has a 6-inch reach advantage over Thompson and that could loom large in this matchup. He's also 10 pounds heavier and has a bit more power. There's a reason why this line has steamed all the way up from even money to being a -170 favorite at DraftKings.

Tai is coming off his 1st loss in his last 6 fights. Honestly, he was way out of his league against Ciryl Gane, but did have him rocked at times but could not put him away. We think he bounces back nicely in this one.

Pavlovich is on a 4 fight win streak with all wins coming by KO/TKO in the 1st round. However, his last loss was also by KO in the 1st against Overeem.

Tai has as much if not more power than Overeem and one of the toughest chins in the world. Tai gets back on track here with a big KO. The nice price at FanDuel makes this play even more attractive.

Guida has an absolutely insane pace and arguably the best cardio in the UFC. That along with his strong wrestling will serve him well in this fight against Scott Holtzman.

Losses to Dariush and then Gamrot are what preceded this matchup for Holtzman where he was KO/TKO’d in both. We believe Guida will drag him to deep waters in this one and likely pick up a decision victory.

Guida may be almost 41 years old but he's in phenomenal shape and will pull off the slight upset over Holtzman. Guida suffered a tough loss to Claudio Puelles his last time out and he'll be eager to put that behind him.