Thursday Night Football: 3 Player Props We Like for Raiders at Rams 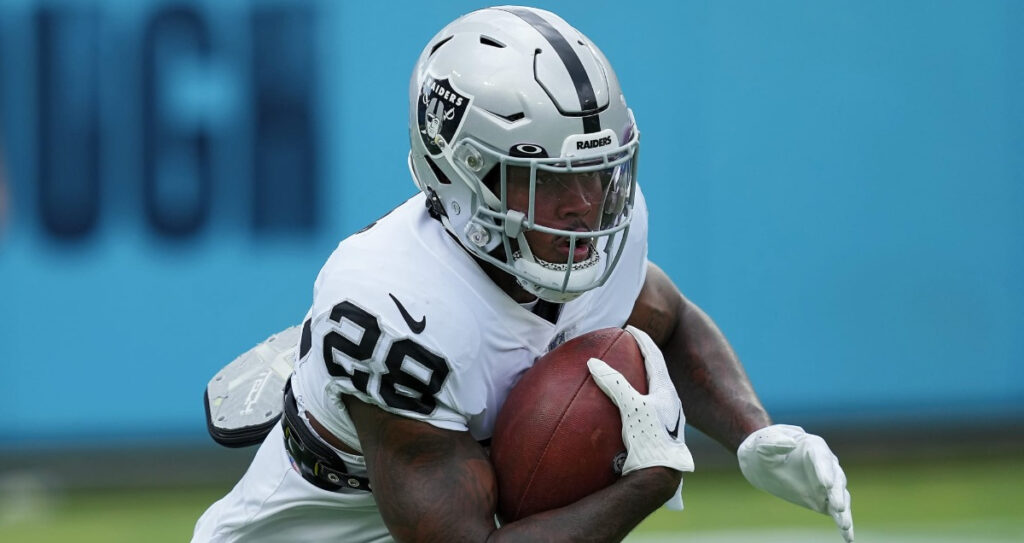 Our favorite player prop for Thursday Night Football is on Josh Jacobs to go Over 16.5 yards on his longest rush.

Thursday Night Football has had its share of dud matchups this season. Unfortunately for us fans, tonight's game between the Raiders and the Rams is no different. However, it's still NFL football, which is always fun to watch.

A ton of questions will be answered in this game. Can Las Vegas get back into the AFC Wildcard race as they did at this point last season? Will Baker Mayfield make his Los Angeles Rams debut?

Akers is coming off a 2 touchdown game and has proved to be the Rams top scoring option with Kupp being on the sideline. He is a strong receiving back which makes him a dual threat to pick up a TD in this game.

The former Florida State Seminole only has 3 rushing touchdowns so far this season, but we think he gets number 4 tonight against the Raiders. The nice price at Caesars is simply too good to pass up!

While the Rams have not picked off many passes this season, 7 in total, Carr has tossed them at a premium over the last 2 games. Against the Seahawks two weeks ago, he threw 2, and last week he tossed another against the Chargers.

If the Rams can frustrate him enough by keeping the Raiders offense on the sidelines due to their run game, Carr will be extremely susceptible to force throws in this one. Even with All-World DT Aaron Donald out of the lineup, we still think the Rams defensive line can make Carr uncomfortable enough to throw a pick.

Jacobs has surpassed this number in 3 of his last 4 games on his longest runs. With McDaniels being successful in giving him more opportunities combined with the consistency of the Carr/Adams connection, Jacobs is finding success with fewer defensive players in the box.

The former Alabama star leads the league in rushing yards and is tied for 3rd in rushing touchdowns. We think he gets at least 20 carries tonight and that 1 of those will go for 17 yards or more!

Don't go too crazy with these! We only recommend playing each one for about a fourth of your normal bet size. That's enough to have some fun with these long-shot odds!