The Craziest Bet that Cashed from NFL Week 15 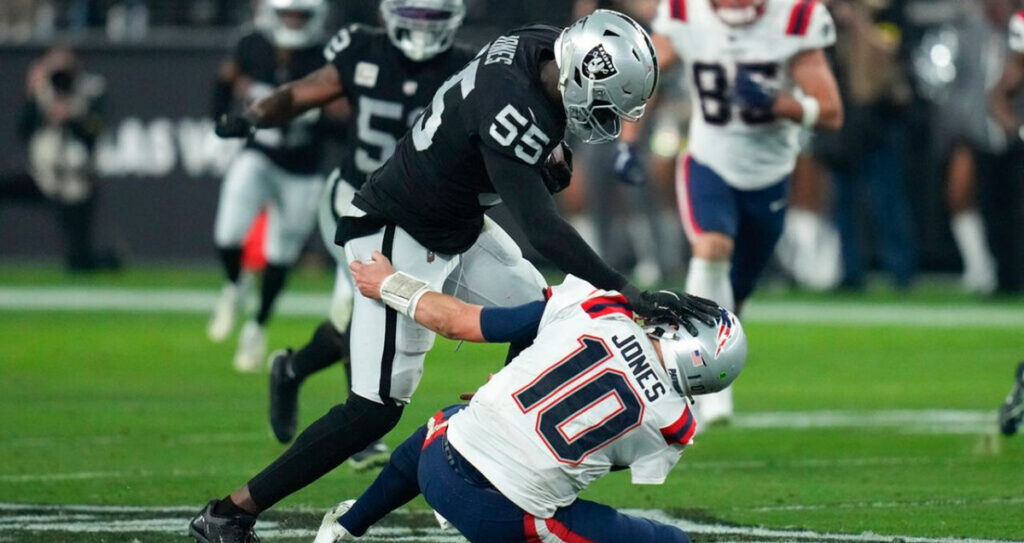 The craziest bet of NFL Week 15 cashed because of Chandler Jones's 48-yard fumble return for TD.

Happy Monday, fellow sports investors! Christmas came early for one sports bettor, in particular, this past weekend. You can bet that no one else is happier on this fine Monday than Marco Piemonte, who won nearly 3 million on a 5-leg NFL parlay!

We'll get into the details of this insanely big win in this week's edition of Crazy Bets. Here is the craziest bet that cashed from NFL Week 15. We hope that someone out there reading this is on Marco's Christmas list.

We've seen our share of crazy bets cash over the past couple of years, but this one takes the cake! Marco Piemonte, who goes by the Twitter handle @Marco_Parlay, turned $31,000 into almost $3 million at DraftKings Sportsbook on Sunday!

The craziest part of this 5-leg NFL parlay was the first leg! Piemonte took the Vikings on the moneyline when they were down big to the Colts on Saturday afternoon. He parlayed that with 4 other bets he was confident in for the rest of the weekend.

In case you didn't know, Minnesota went on to make NFL history by overcoming a 33-0 halftime deficit and winning 39-36 in overtime. Kirk Cousins threw for a career-high 460 yards to help the Vikings stun Indianapolis.

Thankfully for Marco, his other 2 legs on Saturday were relatively stress-free. The Browns took care of business against the Ravens, as they never trailed on their way to a 13-3 victory. Miami came close to winning outright and easily covered the +7 spread against Buffalo.

More mental finishes in the #NFL as the Jags beat the Cowboys I'm Jacksonville...with a Pick Six no less!

Things got nutty again on Sunday, as Marco had the Jaguars +4 over the Cowboys and the Raiders to win straight up over the Patriots. Down 27-17 late in the 3rd quarter, it looked like Jacksonville would be the leg of the parlay that ruined things.

However, Trevor Lawrence and the Jags came storming back with two quick touchdowns to take the lead. Dallas led by 3 until Riley Patterson sent the game into overtime with a 48-yard field goal.

Rayshawn Jenkins sealed things for the Jags, as he picked off a Dak Prescott pass and took it 52 yards for a game-winning touchdown. This win was one that Piemonte called "the most excruciating game."

NEVER SEEN ANYTHING LIKE IT. @chanjones55 TOUCHDOWN FOR THE WIN.

It wouldn't be right if the last leg of Marco's parlay didn't end with a bang! Las Vegas led by 2 touchdowns at the half, but New England got to within 4 thanks to a 16-yard pick-six by Kyle Dugger and a 47-yard field goal by Nick Folk.

Folk connected again from 54 yards out to pull the Pats to within 1 point. When Rhamondre Stevenson scored on a 34-yard touchdown run with 3:43 left in the game, Marco probably thought his parlay was toast.

Derek Carr had other ideas, though, as he hooked up with Keenan Cole from 30 yards out. Daniel Carlson's extra point tied the game at 24, and it looked as if Marco would have to sweat out overtime.

That's when things got even crazier! The Pats handed the ball off to Stevenson on the game's final play. He rumbled 23 yards, but instead of going down and settling for overtime, he lateraled the ball to Jakobi Meyers.

Meyers tried to then lateral the ball across the field. The only problem was that Raiders defensive end Chandler Jones grabbed the ball, stiffed arm Pats QB Mac Jones, and rumbled 48 yards for the game-winning touchdown!

As you might imagine, Marco Piemonte and his friends were jumping around and dancing like they'd just won the lottery! The crazy thing was, they were right!