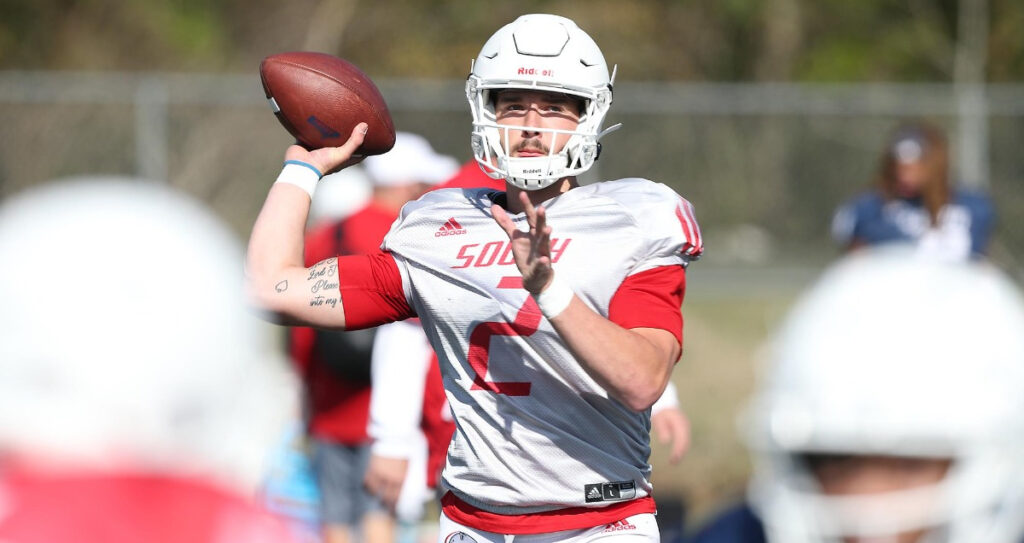 We think Carter Bradley and South Alabama cover the spread against Western Kentucky in the New Orleans Bowl.

The R&L Carriers New Orleans Bowl will kick off on Wednesday, December 21 at 9 PM Eastern Time from the Caesars Superdome. The matchup should be a good one, as Western Kentucky (8-5) will take on South Alabama (10-2). The game should be packed with plenty of offense, as the total is currently sitting at around 56 at most online sportsbooks.

We found 2 best bets to jump on between Western Kentucky and South Alabama. Let's go 2-0 with these to build our bankroll for the upcoming Christmas weekend! Best of luck!

The Western Kentucky Hilltoppers finished their regular season at 8-5. Winning 3 of their last 4 games, they used a road win over FAU to close things out. In the 32-31 win, the Hilltoppers not only forced overtime late in the 4th, they answered FAU’s touchdown and ended things by converting on a 2-point conversion.

Austin Reed threw for over 400 yards and 3 touchdowns in the finale. This Hilltoppers team is averaging almost 36 points per game but also allows nearly 24. They will need to be better on both sides in order to defeat South Bama here.

The Jaguars ended their season on a 5-game winning streak that saw their record sparkle at 10-2. They lost to UCLA on the road by 1 and at home against Troy by 4.

It is crazy to think that they were just 2 plays away from going undefeated on the year. Their last 2 games were back-to-back wins by the score 27-20 over Southern Mississippi and then Old Dominion.

Trailing 20-13 at the break, South Bama scored a touchdown in both the 3rd and 4th quarters as their defense pitched a 2nd-half shutout for the win. Carter Bradley was the main man as he threw for all 3 touchdowns.

While the Hilltoppers had done their damage on the offensive end, the Jaguars have been more defensive-minded. They held opponents to an average of just 19.4 points per game on the year.

They have a balanced offense that averages over 160 yards on the ground and over 250 through the air. We expect the Jaguars to frustrate the pass-happy offense of the Hilltoppers and pull off a victory of at least a touchdown spread.

This number has continued to drop since it opened at nearly 60 points earlier last week. With both teams having recent games going over the number and the ability of both offenses averaging over 30 points a game, we believe the smart play on the total is the over.

Look for Reed and Bradley to put up some large numbers across their stat lines. We think the opener of almost 60 was the correct number. There's too much value on the Over to pass it up! Let's cheer for points!