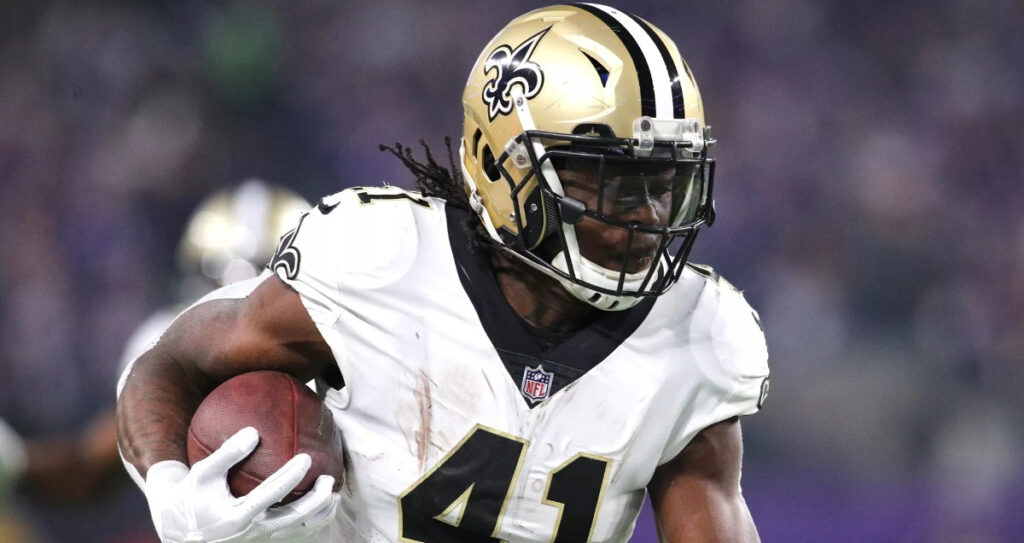 One of our 4 PrizePicks props for Monday Night Football is on Alvin Kamara Over 36.5 receiving yards.

Week 9 of the NFL regular season wraps up with an intriguing Monday Night Football matchup between the Ravens and the Saints. New Orleans has had a rough start to their season but you can bet that the Caesars Superdome will be rocking tonight!

Our NFL player props went 3-1 yesterday to get back in the win column. That brings us to 39-28 on the year as we look to finish strong down the home stretch. Here are 4 PrizePicks props for Monday Night Football. Let's cash!

Might as well start off with a scary Under to get things rolling! Baltimore has the best rushing offense in the league so this bet is tough to make. However, New Orleans ranks 3rd in defensive EPA per rush so we think they can hold Lamar to 50 rushing yards or less.

Jackson is a beast with the ball in his hands but we expect the Saints to keep him inside the pocket as much as possible. New Orleans wants to force Jackson to beat them with his arm, which will hopefully help our case for the Under.

The former Louisville star has gone Under this rushing yardage total in 3 of his last 4 games. We'll ride that trend and take the Under!

Kamara has become Andy Dalton's favorite option over the last few weeks. The former Tennessee Vol has been targeted 28 times over the last 3 games and has gone over this receiving yardage in 3 of his last 4.

Baltimore only ranks 15th in the league in sack rate but we think they'll dial up a few more blitzes than normal in this game. That should mean that Dalton will check the ball down to Kamara quite often.

Kamara has averaged 47.8 receiving yards per game this season. We see this one going Over and love the fact that every sportsbook in the market prices this prop at 37.5 or greater.

The Red Rifle frustrates us to no end when he gets turnover prone. That being said, we think Dalton could have a big game against this Baltimore secondary.

The Ravens rank 23rd in defensive EPA per pass and 28th in passing yards allowed per game (266.8). Also, Marcus Peters is a little bit banged up with a quad injury and is listed as questionable. Even if Peters plays, there's no way he'll be close to 100%.

Through 18 career games against the Ravens, Dalton has averaged 250 passing per game. We'll ride the Over and pray he doesn't throw a ton of interceptions.

We like Olave quite a bit but asking him to catch 6 passes just seems a little too rich in our opinion. The former Ohio State star has hauled in 5 receptions or less in 5 of his 7 games this season.

Our only concern here is that Jarvis Landry is listed as questionable with an ankle injury. If Landry doesn't play, Olave may get a few more targets than normal. Even still, we'll trust our projections and roll with the Under!

Best of luck with all of your Monday Night Football action! We'll be back tomorrow with our player prop bets for Week 10.