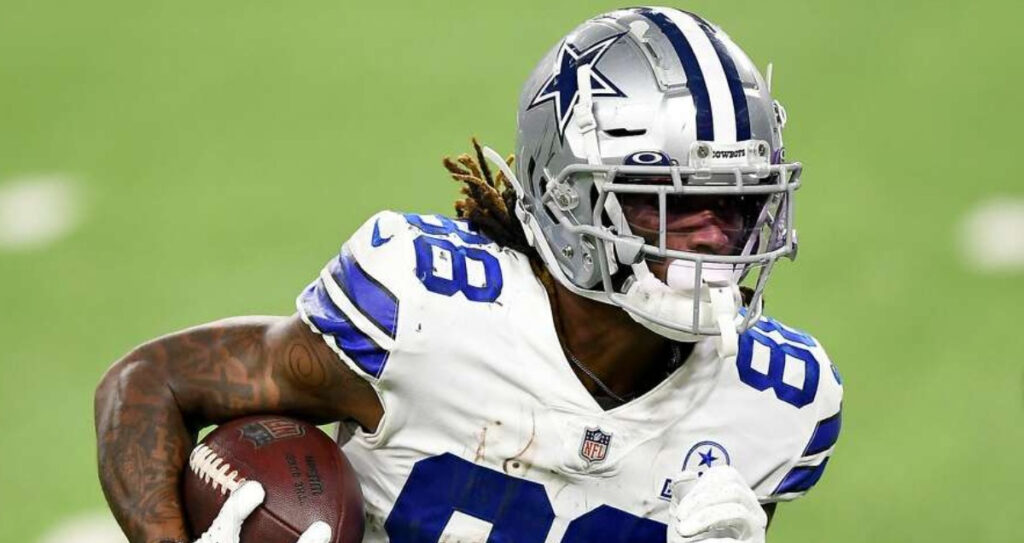 We like CeeDee Lamb to stay Under his receiving yardage as one of our four props picks for NFL Week 6.

Hope everyone is doing well on this beautiful Tuesday morning! Unfortunately, our player props took it on the chin on Sunday with an 0-4 performance. Thankfully, our Monday Night player prop bets bounced back with a 3-1 outing to stop the bleeding.

Even with a couple of rough Sundays in a row, we are sitting at 23-13 on the season with our player props. Let's build another winning streak with our PrizePicks and Underdog Props Picks for NFL Week 6. All lines were taken from PrizePicks at the time of this writing.

Lamb is now the Cowboys' best receiver but this is a tough matchup for him. In all likelihood, Lamb will be going up against Darius Slay, who is one of the best corners in the league. Slay only allowed 427 receiving yards the entire 2021 season.

The former Oklahoma star has gone over this total in three out of five games this year but Philly has historically kept him under wraps. In four career games against the Eagles, Lamb has only averaged 50.8 receiving yards per game. In 37 total games, Lamb has gone 22-15 to the Under!

The entire Philly secondary has been playing lights-out defense. The Eagles lead the league in yards per pass allowed (5.0) and are 5th in the league in passing yards allowed (189.4). Lamb will have a dynamic catch or two but we still think he stays Under this total yardage.

Diggs remains the focal point of a very explosive Buffalo offense that ranks 2nd in yards per pass (7.9) and 1st in passing yards per game (324). The Chiefs' secondary has played decent at times, but did you see how Davante Adams just abused them on Monday Night Football?

Rashad Fenton is a strong corner but look for the Bills to find ways to get Diggs lined against rookie Jaylen Watson. If that happens, Diggs shouldn't have a problem eclipsing this yardage amount.

The former Maryland star has gone over this total in three of five games this season and is averaging 101.6 receiving yards per game. Kansas City only ranks 16th in sack rate, so Allen should have time to hook up with Diggs on a couple of deep post patterns.

Hollywood is by far Kyler Murray's favorite target this season. Brown has averaged over 12 targets per game over his last four outings. He's also gone over this yardage total in three straight games.

We love fading this awful Seattle secondary, which is allowing 8.6 yards per pass (dead last at 32nd). The Seahawks also allow 259.8 passing yards per game, which ranks 26th.

At 2-3, Arizona is in need of a convincing win to keep pace in the competitive NFC West division. We think the Cards' offense will come out with an inspired effort. Brown should easily exceed this number!

We think Pickett has a bright NFL future, but we expect him to struggle mightily against this Bucs secondary. Jamel Dean and Carlton Davis are both excellent cover corners so Pickett's not going to have any wide holes to throw the ball through.

Tampa Bay ranks 5th in yards per pass allowed (5.4) and 6th in passing yards allowed per game (193.4). The other issue is that Pickett could be running for his life for most of this game with very little time to throw. The Bucs do a great job of pressuring the QB (3rd in sack rate).

The Steelers are a hefty underdog, so Pickett could be chucking the ball around the yard quite a bit. This doesn't worry us though because Pittsburgh throws lots of short passes. We'll take the Under!

Best of luck this week with all your NFL action! Thanks as always for reading.