Penn State vs Michigan - Betting Preview and Our Best Bet 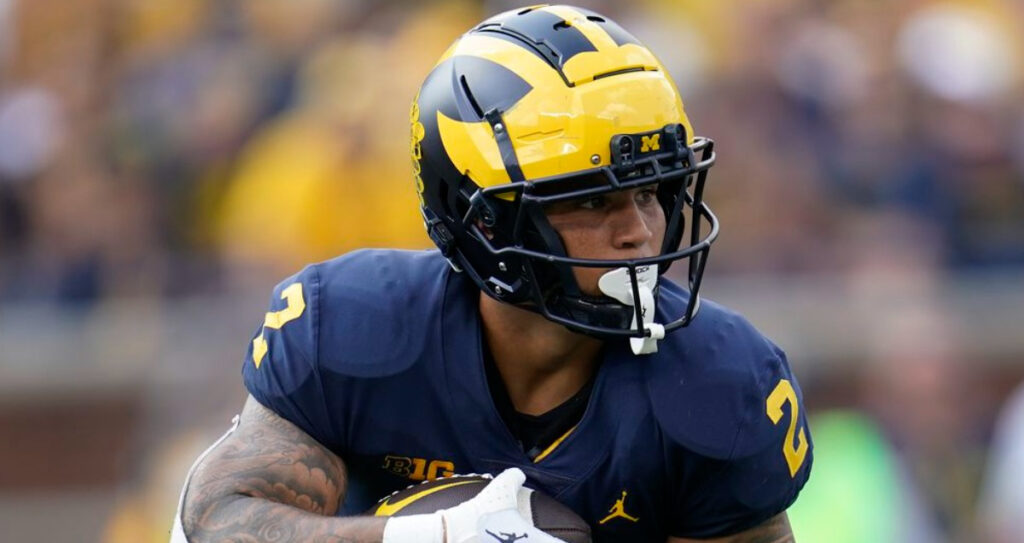 Blake Corum will be the centerpiece of Michigan's game plan against Penn State.

History is on the No.5 ranked Michigan Wolverines’ side heading into their home matchup against the No. 10 ranked Penn State Nittany Lions Saturday in Ann Arbor.

Since 1994, Penn State has lost 13 consecutive away games against teams ranked in the Top 5, including two such losses in 2021. Considering all games against Top 5 opponents, the Nittany Lions are just 3-22 in those contests during that same time span.

The Wolverines want to add to those numbers this week against their Big Ten foe, looking for their second-straight victory in a series of college football’s bluebloods. Can Michigan continue to dominate the competition this year, or will Penn State find a way to win in The Big House against the Wolverines?

What to Expect: Penn State Offense vs Michigan

In his fourth year as a starter, Sean Clifford now ranks fifth among all-time Penn State QBs with 26 wins. The veteran signal-caller is completing a career-best 62% of his passes, gaining 1,030 yards through the air with nine TDs against two INTs.

Clifford is enjoying his best year due to his increased confidence to stay inside the pocket. Through five games, the senior has been sacked only four times, a significant difference compared to being sacked 30 times last year.

When the Nittany Lions look to run, a pair of freshmen running backs will carry the load. Expect to see both Nicholas Singleton and Kaytron Allen garner significant attention out of the backfield as the duo has combined for 766 yards with eight TDs in their first five games.

Through the air, Clifford has targeted WR Parker Washington the most, completing 20 passes for 285 yards thus far. Fellow WR Mitchell Tinsley has caught 19 balls for 225 yards and three TDs while TE Brenton Strange has hauled in 15 receptions for 231 yards and four TDs thus far.

What to Expect: Michigan Defense vs Penn State

Michigan has an elite defense, currently ranking fifth in the country by allowing only 247 yards per contest. The Wolverines are among the top 10 in both passing and rushing defense, stats that are bolstered to this point by a weak non-conference schedule.

Michigan’s dominance on defense starts with their excellent linebackers. Junior Colson leads the team with 44 tackles on the year while senior Michael Barrett is the Wolverines’ second-best tackler with 30 stops. LB Mike Morris is tied for ninth nationally with five sacks, leading to his team-topping 7.0 TFLs.

What to Expect: Michigan Offense vs Penn State

The Wolverines inserted QB J.J. McCarthy into the lineup after his dominant performance to start the year and have not looked back. The sophomore has completed an incredible 78% of his passes for 1,152 yards, throwing for nine TDs against a single INT. His favorite targets are standout WRs Ronnie Bell (30 catches, 390 yards, 1 TD) and Luke Schoonmaker (23 catches, 229 yards, 2 TDs).

On the ground, Blake Corum is among the nation’s best runners. The workhorse runner accumulated 735 yards on 118 touches and a whopping 11 TDs to start the year. Corum leads a Wolverines rushing attack that is averaging more than 210 yards per outing thanks to nearly 60% of the offensive plays called for the running game.

What to Expect: Penn State Defense vs Michigan

Penn State’s strength on defense is their ability to stop the run, ranking as the fifth-best rushing defense in the nation. Through five games, the Nittany Lions have yielded only 79 rushing yards per game to opponents thanks to the defensive line’s effort. Lineman Adisa Isaac leads the team with 4.5 TFLs and four QB Hurries while standout Daniel Dennis-Sutton has a team-best three sacks to his credit.

The defensive backfield has been extremely active for the Nittany Lions, garnering 55 pass deflections and five interceptions. CB Joey Porter Jr. leads the team with 10 passes defended while Kalen King has broken up nine passes. Fellow CB Johnny Dixon creates pressure for his teammates, recording two sacks to go along with one interception.

The over/under is extremely enticing. At 51.5 points, oddsmakers are projecting a moderate amount of offense from teams that both rely on stingy, opportune defenses.

Michigan has not exceeded an over/under all year, relying heavily on a ground-and-pound offense that shortens the games and keeps scoring low. Penn State has been under the points total in the previous two contests after opening the season with three straight covers on the over.

Betting on Michigan to cover the seven-point spread is a riskier option. The Wolverines have covered only twice on the season, but chalk a portion of that 2-3 ATS record up to having spreads at or exceeding three scores in all but one contest. Penn State, meanwhile, is 3-2 ATS with back-to-back 25.5+ spreads they have not covered.