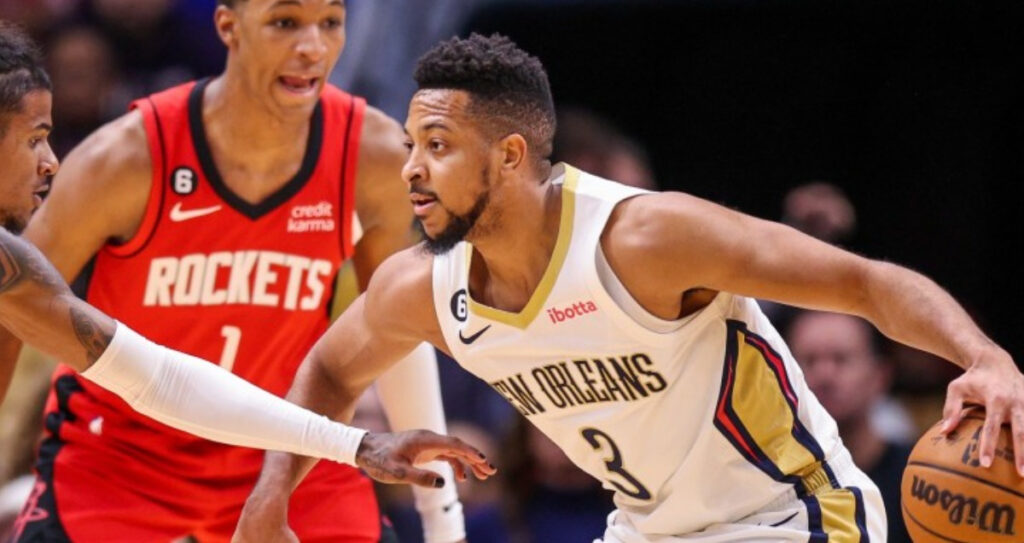 Our favorite PrizePicks prop for Thursday is on CJ McCollum to go Over 6.5 assists.

It was the best of times, and it was the worst of times. After a nice 3-0 sweep on Tuesday, we suffered a painful 0-3 reverse sweep with our NBA player props on Wednesday. In case you haven't noticed, betting on player props can be a bit of a roller coaster.

Last night, two of our plays weren't even close. Jaylen Brown came up 6.5 points short, and LaMelo Ball went well over his assists total. The heartbreak of the night was Donovan Mitchell, who finished with 4 rebounds after we played Under 3.5. Oh well, time to move on and find some winners!

There are only 2 games on Thursday's NBA slate, but that didn't stop us from hunting for value! Here's our PrizePicks NBA Power Play for December 22. Best of luck with all of your Thursday night action, and Merry Christmas!

This one is our favorite player prop of the night! McCollum is only averaging 5.8 assists per game this season, but he's probably going to be playing more minutes with Zion Williamson out tonight. The added time on the floor should help the former Lehigh star get at least 7 assists against San Antonio.

The matchup is very favorable for McCollum. The Spurs are one of the worst defensive teams in the league. They rank 30th in assists per game allowed and defensive efficiency. They also struggle to defend the fast break.

We also like that McCollum has been more of a facilitator at home, where he's averaging 6.8 assists per contest. He's gone over this assist total in 3 of his last 5 games.

The real kicker on this play, though, is value! DraftKings has this priced at -175, and Caesars has it at -179. That's an insane amount of value, especially when you consider that each leg of a 2-pick PrizePicks parlay has implied odds of -137. Anytime we can pick up 42 cents of value, we're going to jump on it!

This play isn't quite as valuable as McCollum's, but it's still pretty solid. Jones is averaging 3.5 rebounds this year but just 2.1 for his career. There should be some regression to the mean at some point, and we think it starts tonight against the Pelicans.

New Orleans is a good rebounding team, as they rank 7th in the league in that category. Jones is also a point guard, which means he's not near the glass as much as post players.

We like that Jones is only averaging 3.3 rebounds per game on the road this season. We also like that Caesars prices this at -139, and FanDuel has it at -136. We'll roll with the Under!