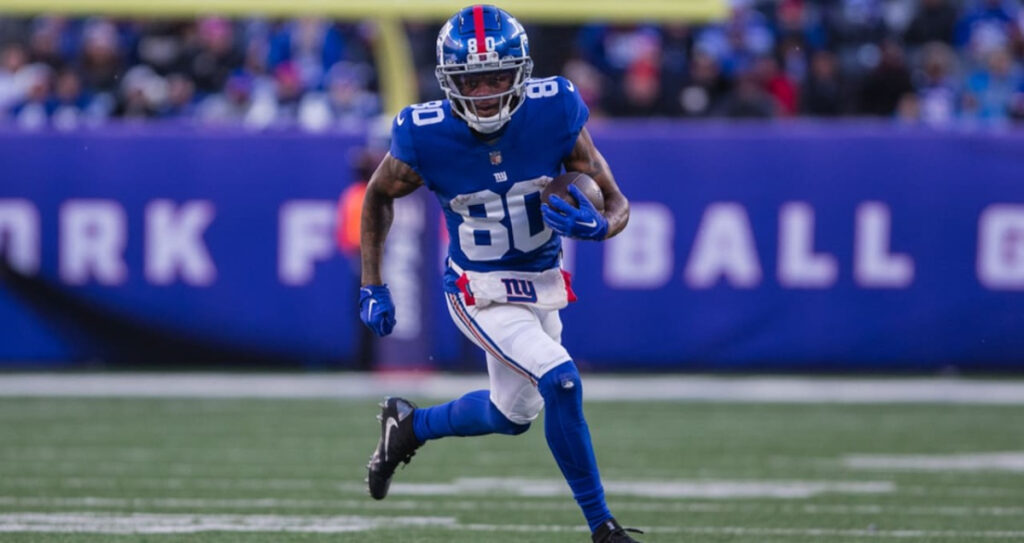 The diamond in the rough selections have paid off in recent weeks, and our Week 15 lineup was led by two players scoring 30+ points each with salaries of $6,300 or less.

Zay Jones and Jerick McKinnon combined for 62.1 out of 125.4 points scored by our lineup overall, while Dak Prescott added 22.24 fantasy points in the Cowboys’ loss to Jacksonville.

We look to find some more misfit toys for Week 16’s lineup from the 11 games taking place on Christmas Eve and submit our selections below for FanDuel’s NFL Saturday Million.

San Francisco held Geno Smith to 22.4 total fantasy points across their two matchups this season which is around three points more than his weekly average in 2022.

Smith and the Seahawks have a date with the Chiefs this Saturday, who are slightly worse than the league average in terms of passing defense.

Kansas City allows the 12th-most passing yards per game and have allowed 30 touchdowns through the air this season, the most in the NFL. We project a bounce-back game for Smith and the Seahawks on offense.

Dobbins has handled 28 carries in the Ravens’ last two games, translating those touches into 245 rushing yards and a touchdown against Pittsburgh and Cleveland.

Atlanta allows the 12th-most rushing yards per game and has allowed 15 scores on the ground in 14 games. Dobbins should get another healthy dose of touches with Tyler Huntley playing quarterback for Baltimore.

Pacheco’s matchup against Seattle is a tantalizing one, even considering the recent rise of Jerick McKinnon. The rookie tailback has had 15 or more touches for six straight games and faces a Seahawks’ defense allowing 161 yards per game and 19 total touchdowns to opposing ballcarriers this season.

Metcalf has garnered 42 targets in the last four weeks and totaled 343 yards and two touchdowns in that time. He’ll get even more opportunities Saturday with Tyler Lockett’s hand surgery causing him to miss time.

It’s been seven weeks since Smith had a game without 8+ targets, and he’s scored double-digit fantasy points in five of the six games during the streak. Smith caught five passes for 44 yards and a touchdown against the Cowboys earlier this season.

Richie James Jr. is this week’s diamond in the rough pick because we like his fantasy volatility in the Giants’ offense. James has scored more than 12 fantasy points in three of his last five games, and if he achieves that again in Week 16, we should be well-positioned to make money.

Hockenson continues to be a target machine since his trade to Minnesota and has not caught a touchdown pass since Thanksgiving. We like him to break that streak at home on Saturday against the Giants.

Higgins has caught a touchdown in three straight games and is riding a wave of momentum into a tough matchup with the New England Patriots. The Pats suffered a dizzying loss to the Raiders at the buzzer last week and will struggle to rebound against a Bengals team in rhythm entering this contest.

The Browns face the Saints on Saturday, which makes them a viable selection. New Orleans has gained less than 300 yards of offense in four of their last six games and averaged 14.5 points per game in that span. Cleveland should at least hold their own in this DFS lineup and force more struggles from the dysfunctional New Orleans offense.