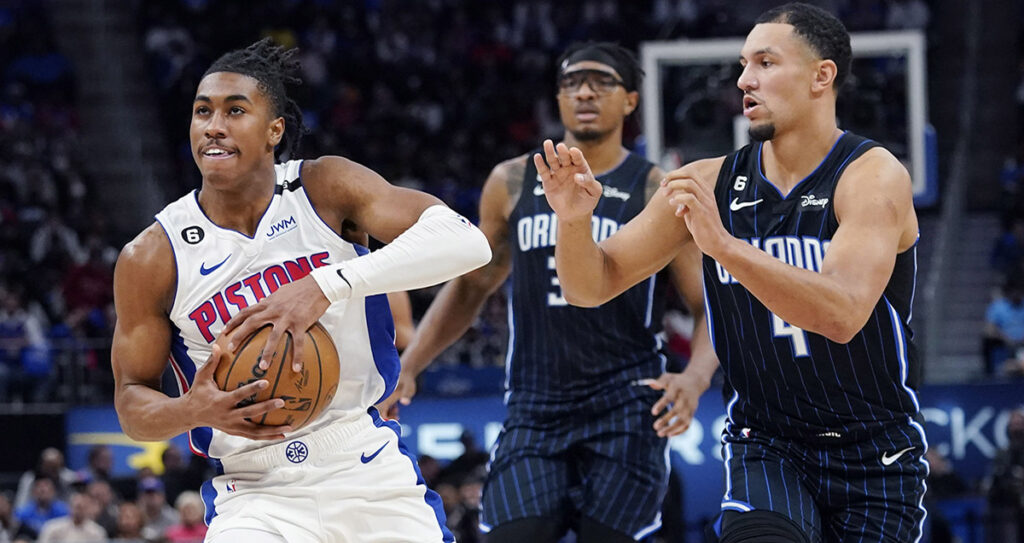 We like Pistons rookie Jaden Ivey to top his points prop against Washington tonight.

Tuesday night's four-game NBA slate includes a TNT doubleheader that kicks off with Dallas at New Orleans at 7:30 PM, followed by Golden State at Phoenix at 10:00 PM. The other two games on tonights slate feature Detroit at Washington and the LA Clippers at Oklahoma City.

We have 8 prop picks from tonight's 4 games, including two same game parlays. Find each pick along with the best available odds below.

Jaden has gone over this number in all 3 of his games so far this season/career. Ivey was a top choice for rookie of the year coming into the season and his lived up to the hype so far. He’s shooting 45.5% from deep and 50% from the field overall. We expect him to continue his strong start here in the matchup against the Wizards on the road.

CP3 is a 1st ballot Hall of Famer but he is in the twilight of his career. He is off to a horrendous start in terms of shooting and scoring this season. He is shooting just 32% from the field and single digits (9%) from 3-point range. His rough shooting has led to a low points-per-game average of just 7.7. We don’t think he is going to snap out of it here against the Warriors.

Ayton has yet to have a game over 10 rebounds this season. He had 10 against Dallas in the season opener but collected just 6 and 8 in his other 2 games. Here he is facing a Warriors team who’s leading rebounder is Andrew Wiggins with just 6.4 rebounds per game. Ayton should have little issue collecting 11 or more boards in this one.

Kuzma is averaging 7 boards per game through 3-games this season. When looking deeper, we see that this number is inflated due to a 13-rebound night in the season opener against the Pacers. His numbers have declined in each of the following games. He grabbed 6 against Chicago and just 2 last games against Cleveland. We don’t trust him to get up over 7 here against Detroit who has 3 players averaging over 7.5 boards per game.

Booker is shooting over 52% from deep through the 1st three games of the season. After going just 1-1 from deep in the opener against Dallas, he has averaged 4 made threes per game. He should be able to knock down at least 2 in this one. The opposite effect has taken place in terms of his assists. He dished out 9 of them in the opener but is averaging just 3.5 per game since.

Beal has not attempted many threes through the 1st three games of the season but has made at least 1 three in 2 od his 3 games this season. Stewart has been a monster on the boards securing 26 of them in his last 2 games against the Knicks and Pacers.