Florida vs Tennessee - Betting Preview and Our Best Bet 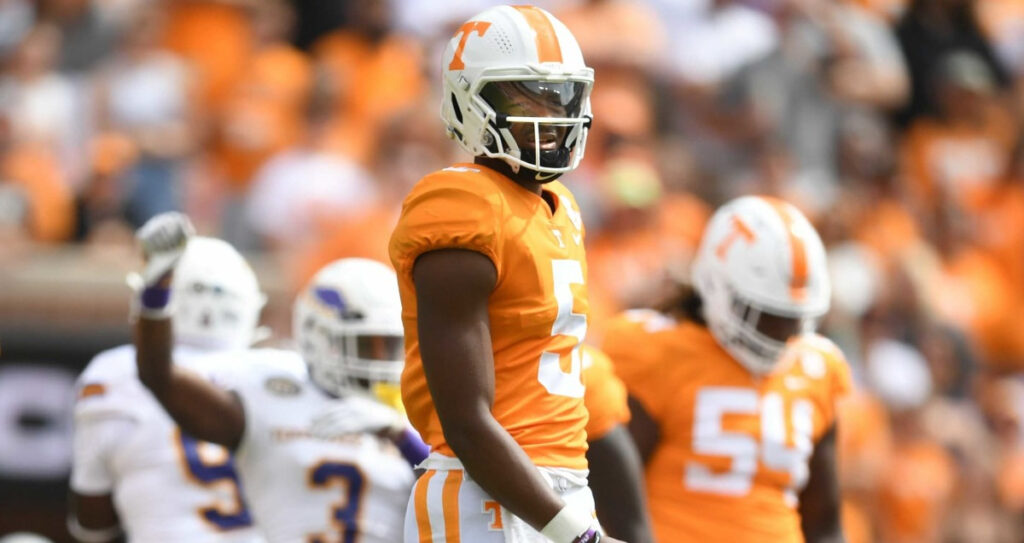 Hendon Hooker should play a key role in Saturday's Florida vs Tennessee matchup.

Most Power 5 college football programs start the season against easier Group of 5 schools, giving their teams tune-up contests before jumping into the heart of a stronger conference schedule. New Florida Gators head coach Billy Napier was given no such gift.

Instead, the Gators have already played two games against teams ranked in the top 20, besting No. 7 Utah to start the season before losing to No. 20 Kentucky the following week. Now, Florida will play its third game against ranked competition as they head to Knoxville in a matchup against the No. 11 Tennessee Volunteers Saturday.

Will Tennessee remain undefeated in their SEC opener, or will the Gators continue to dominate this rivalry?

What to Expect from Florida Offense vs Tennessee

Dual-threat QB Anthony Richardson remains the Gators' starter despite lackluster performances in his previous two games. Since a strong opening performance against Utah, Richardson has completed only 45% of his passes for 255 yards and four interceptions. As a rusher, the Florida QB has amassed only 28 yards on 13 attempts after gaining more than 100 on the ground against the Utes.

To ease Richardson’s pain, Florida needs their young stable of running backs to carry the offensive workload against the Volunteers. Montrell Johnson, Jr, Trevor Etienne, and Nay’Quan Wright have earned more than 22 carries apiece and churned out 506 yards on the ground through three games, averaging 7.1 yards per carry.

What to Expect from Tennessee Defense vs Florida

Tennessee’s vulnerability remains its play in the defensive backfield. The Volunteers are allowing opposing QBs to complete 65% of their passes. In total, Tennessee is yielding more than 260 passing yards per game and has allowed opponents to score all but one TD this season through the air.

The Volunteers have been much more successful at creating pressure and stopping the running attack. Through three games, Tennessee has given up an average of 83 yards rushing, limiting runners to 2.8 yards per attempt. The Volunteers have applied significant pressure to opposing offenses, garnering 29 QB Hurries, 22 TFLs, and 8 sacks.

What to Expect from Tennessee Offense vs Florida

Hendon Hooker is quietly composing a masterpiece for his final act at Tennessee. The senior QB has completed over 69% of his passes for 844 yards and six TDs. Hooker’s top targets are Jalin Hyatt and Cedric Tillman. The WR duo has secured a combined 35 receptions for 513 yards and four TDs.

In the backfield, Hooker relies on Jaylen Wright to key the rushing game. The sophomore RB has accrued 231 yards on 45 carries and three TDs. Fellow RB Jabari Smalls has been big in the red zone, scoring three times and gaining 94 yards on 25 carries.

What to Expect from Florida Defense vs Tennessee

The Gators have struggled to stop the run this season. In their first three games, Florida surrendered 586 yards on the ground (195 yards/game) and six TDs to their opponents. The inability to stop the run has kept the Gators' defense on the field for eight minutes longer than their offense, tiring a talented but thin unit.

The defensive backfield has been the lone bright spot for the Gators. S Trey Dean III has a team-leading 30 tackles while fellow DB Rashad Torrence II is second with 22 tackles. As a group, Florida’s defense has yielded only 6.3 yards per pass attempt and 178 yards through the air per game.

While Florida and Tennessee will move the ball down the field, expect this to be a low-scoring affair and go under the 62.5 points oddsmakers have set for the SEC matchup. In the last 14 outings between the two schools, only two games have exceeded the 62.5 points O/U.

The spread and moneyline for this game are much riskier bets. Although favored, Tennessee has only won four times against Florida since 1993, and only one of the Volunteers' victories came by more than a TD.

Also, the Gators have scored under their O/U points total in four of their previous six outings, another reason to believe this game will fall below oddsmakers’ expectations.