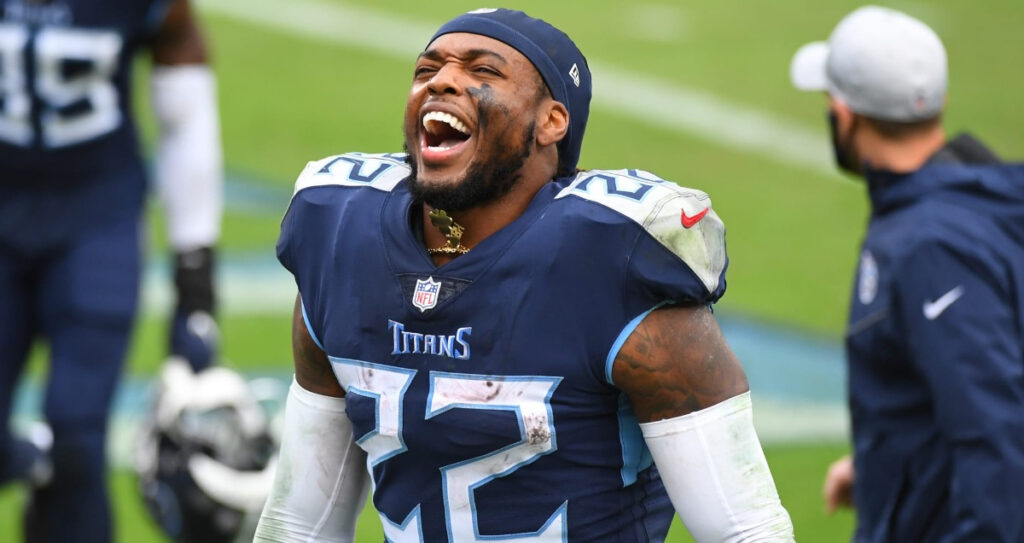 Need to make some extra Christmas cash for some last-minute shopping? Check out our DraftKings Picks for the NFL Week 15 Millionaire contest.

With that in mind, let’s mindfully attack the Week 15 slate with the hopes of hitting it big right before the holidays! We've built a large portion of our lineup around the Titans at Chargers matchup on Sunday. Best of luck with all of your DFS selections this week.

Justin Herbert is well worth the hefty price tag this week. The Los Angeles Chargers are facing the Tennessee Titans this week, who allow the second most points to opposing quarterbacks (23.8). Herbert is averaging 24.1 fantasy points per game in his last three matchups and should have a great opportunity to succeed against the Titans this week.

We decided to spend big at the running back position this week, especially considering the discounted rates at receiver. Miles Sanders is on an absolute tear, especially in his last three games.

In two of the past three games, Sanders has scored 31.5 or more fantasy points. The Philadelphia Eagles are taking on the Chicago Bears this week, who allow 146.3 rushing yards per game, and 24.7 fantasy points to running backs. Sanders is a great option for your DFS lineup this week.

Derrick Henry is a beast. There, we said it. Nobody told him that running backs were supposed to slow down when they hit 28 years old.

The Tennessee Titans are matched up with the Los Angeles Chargers this week, who allow 147 rushing yards per game. King Henry is as close to a sure thing as you can get at running back.

He’s averaging just over 12 points in his last two games, and if he scores a touchdown, that number will skyrocket. Let’s hope that Johnson can get the touchdown monkey off his back this week.

How is Garrett Wilson still at such a discounted DFS rate? Wilson has scored 13.8, 27.2, and 26.4 points in his last three games. Wilson is facing the Detroit Lions this week, who allow 42.6 fantasy points per week to opposing wide receivers. Look for Wilson to feast against the Lions.

Mike Williams is back. After being out due to injury for several weeks, he put up a huge performance in week 14, scoring 26.6 fantasy points. The pairing between Herbert and Williams is strong, which is why we’re recommending that stack this week.

We went with Okonkwo last week, and he ended up paying off in a big way. In his last two games as a premier option in the Tennessee Titans offense, Okonkwo is averaging 14.65 fantasy points.

This week, the Titans take on the Los Angeles Chargers, who allow 25.1 total points per game to opposing teams. Okonkwo has increasingly been a larger part of this offense, so look for him to be a great plug-and-play addition to your lineup again this week. It's also hard to beat this cheap price!

The Detroit Lions have been playing at an incredible pace this year. Not only are they scoring in droves, but they’ve won five of their last six games.

In the Lions’ last two games, Chark has scored 18.1 points per game. Look for Chark to have another huge performance this week against the New York Jets.

The Denver Broncos have one of the NFL’s best defenses this season. They are allowing just 18.3 points per game, the fourth-best mark in the league.

This week, they take on the Arizona Cardinals, who will be starting Colt McCoy at quarterback in the absence of Kyler Murray. Start the Broncos' defense this week with confidence.