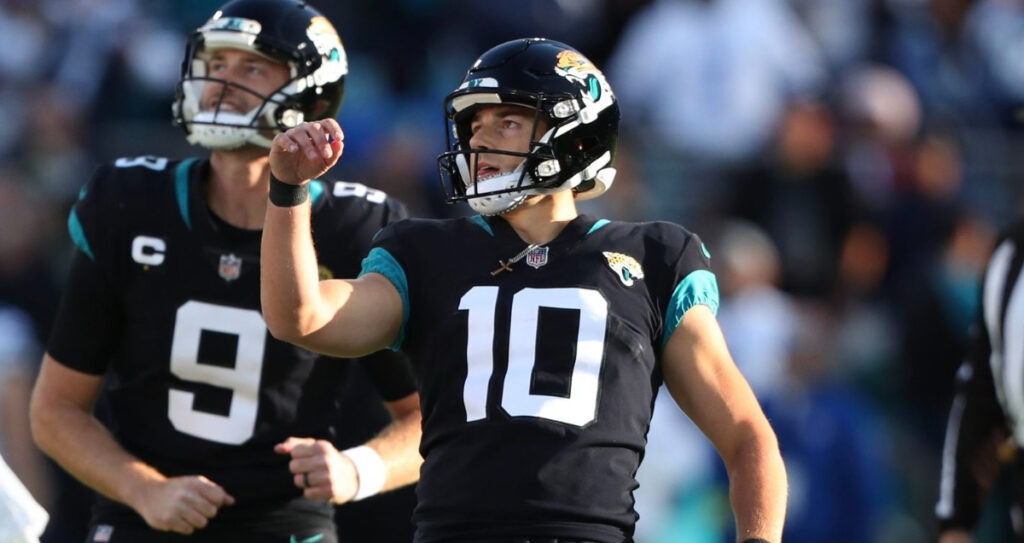 Riley Patterson delivered a bad beat to Chiefs bettors by kicking a field goal late in the fourth quarter.

The Divisional Round of the 2023 NFL Playoffs had its share of exciting drama. Three out of the four favorites held serve, with two of them (Philly & San Fran) covering the spread rather comfortably.

The big shocker of the weekend was the Bengals, who dominated the heavily favored Bills from start to finish. Cincinnati proved for the second year in a row that the playoff stage wasn't too big for them.

It's Monday, so we all know what that means. It's time to take a look at a crazy bet & bad beat from this past weekend!

One bettor correctly predicted every First TD Scorer in the Divisional Round.

Most seasoned sports investors will tell you that parlays are for suckers. While that may be true, parlays do sometimes pay off in a big way! That was definitely the case for a certain sports bettor at DraftKings Sportsbook!

He placed a 4-leg First Touchdown parlay on Travis Kelce, Dallas Goedert, Ja'Marr Chase, and Dalton Schultz. One of the most prominent things about his longshot parlay was that 3 of the 4 players were tight ends. That kind of logic actually makes pretty good sense, as most teams target their tight ends in goal-to-go situations.

Travis Kelce had been in the midst of a long drought without a touchdown. That ended rather quickly as Patrick Mahomes hit Kelce for an 8-yard touchdown about halfway through the first quarter.

Dallas Goedert also did his job by catching a 16-yard touchdown pass from Jalen Hurts only 5 minutes into the Giants at Eagles contest. That left our crazy bettor at DraftKings a perfect 2-0 after Saturday, which meant he was still in the hunt for a large payday.

Ja'Marr Chase cashed the third leg of this parlay. He capped off Cincy's opening drive against Buffalo with a 28-yard touchdown catch. The Bengals never looked back, as they crushed the Bills 27-10 for a resounding road upset.

With 3 of the 4 parlay legs already marked as wins, all that was left was Dalton Schultz. As you might expect, this portion of the wager was the biggest sweat. The first quarter of Cowboys at Niners was relatively quiet, as the only scoring came on a 26-yard field goal from Robbie Gould.

Thankfully, Dak Prescott found Schultz for an easy 4-yard touchdown with 9:25 left in the second quarter! The Cowboys went on to lose the game, but that touchdown pass turned $10 into more than $185,000 for a guy at DraftKings! WOW, what a win!

Anyone who took the Chiefs -9.5 gets our condolences for suffering a bad beat on Saturday evening. Kansas City took a 10-point lead three different times in the contest but couldn't hang on for the cover. Here are the details on how things played out.

The Chiefs' offense started out on fire. Patrick Mahomes engineered an 83-yard drive that was capped off with a touchdown pass to Travis Kelce. Unfortunately for Chiefs backers, Trevor Lawrence tied things up by throwing a 10-yard touchdown pass to Christian Kirk less than 3 minutes later.

Things got even dicier for Kansas City after that! Mahomes suffered a nasty ankle injury after being rolled up on in the second quarter. The young gunslinger begged to stay in the game, but head coach Andy Reid chose to pull him out and have him re-evaluated at the half.

Despite that misfortune, the Kansas City offense continued to thrive. Wily old veteran Chad Henne took the Chiefs on a 98-yard drive that culminated with yet another TD for Kelce. The Jags answered just before the half with a 41-yard Riley Patterson field goal.

Not a whole lot went on in the third quarter, but Mahomes did come back out of the locker room as the Chiefs QB. Harrison Butker kicked a 50-yard field goal late in the quarter to put KC ahead by 10. Chiefs backers were probably thinking they would cover the spread at this point.

Jacksonville refused to go away quietly, however. Lawrence led the Jags on a 75-yard drive that paid off with a 4-yard touchdown run by Travis Etienne. After a Patterson extra point, the lead was back to only 3.

Mahomes pulled off some more magic about midway through the fourth quarter to give the Chiefs some breathing room. He hit Marquez Valdes-Scantling with a 6-yard touchdown strike to put Kansas City back up by 10. Chiefs bettors again breathed a collective sigh of relief.

Unfortunately, though, those pesky Jags just wouldn't quit. Lawrence completed 3 quick passes to set up Patterson for yet another field goal. The former Memphis Tiger split the uprights with only 25 seconds left in the game.

That field goal didn't keep the Chiefs from winning the game. However, it did keep all of those who laid the 9.5 points with Kansas City from cashing their tickets. What a bad beat!

We'll be back next week with another edition of Crazy Bets & Bad Beats. Thanks for reading! Put your Monday in the win column!