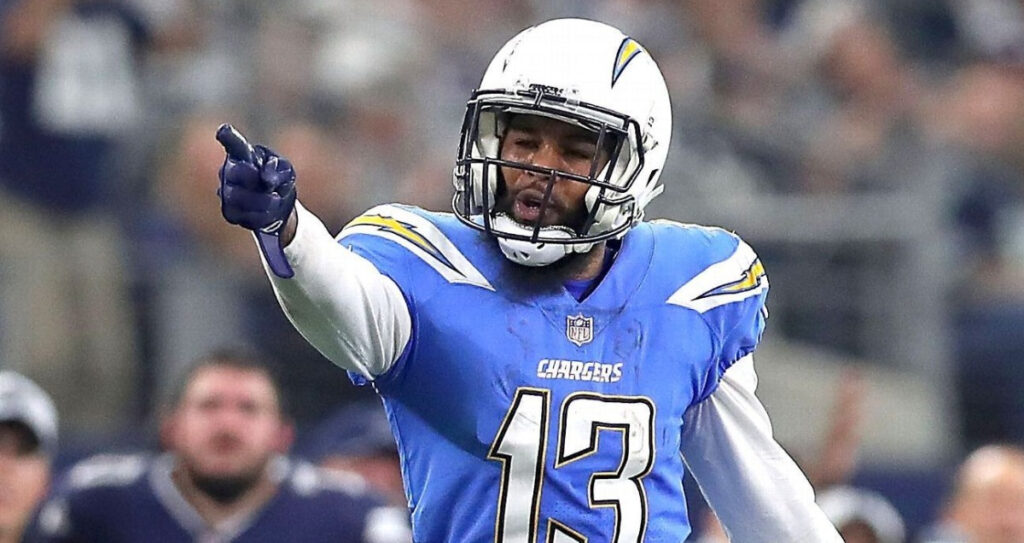 We like Keenan Allen to haul in Over 5.5 receptions tonight on Monday Night Football.

Week 16 of the NFL regular season will conclude when lots of sports bettors still have a hangover from too much Christmas egg nog. That being said, tonight's Monday Night Football game between the Chargers and the Colts should still be a good one. Los Angeles is currently a 4-point favorite and the total is sitting around 44.5 points.

If you want a little extra action for Monday Night Football, we've got you covered. We've found 3 PrizePicks props that we absolutely love for tonight's Chargers at Colts matchup. Let's cash!

This play is all about Indy's game script. We know that no matter what, Jeff Saturday is going to pound the rock as much as possible. Jackson will be splitting carries with Zack Moss, but we still think he'll see enough action to exceed this yardage total.

Jackson got 13 carries and 55 yards against Minnesota last week, and it wouldn't surprise us if he gets that many again tonight. Also, let's not forget about how bad the Chargers' rush defense is. They rank next to last in yards per rush allowed (5.3) and are just 27th in rushing yards per game allowed.

When getting at least 10 carries, Jackson is 3-1 to the Over against this rushing yardage number. Our projection number for Jackson tonight is 47 so we'll gladly go Over in this spot.

This is a tough one to play, but there's a reason this Under is juiced to -172 over at FanDuel and -169 at Caesars. The Under is the much more likely scenario for Williams tonight against an Indy pass defense that's better than some folks realize.

Williams is a great deep threat for the Chargers because of his size, but he doesn't catch a lot of passes on a consistent basis. He's gone Under this number of receptions in 3 of his last 5 games. Williams last played the Colts in 2019, when he only caught 2 passes.

Indy will probably put their best corner, Stephon Gilmore, on Williams at least part of the time tonight. That could make things even tougher for Williams to exceed this receptions total. Let's ride with the Under.

Mr. Allen is healthy for the first time all season, as the hamstring injury that's been plaguing him has finally subsided. No one is more thrilled about that than Justin Herbert. The Chargers' young hotshot QB has targeted Allen a whopping 37 times over the last 3 games.

That stat alone makes us like the Over for Allen tonight. He's also grabbed 6 or more receptions in those 3 games. Caesars juicing this Over to -154 further solidifies our thinking on this play.

Allen has also terrorized Indy in his career, as he's averaged 8.5 receptions against them per game. Look for Herbert to look Allen's way early and often tonight. Play the Over!

Best of luck with all of your Monday Night Football action. Let's put all three of these in the W column!