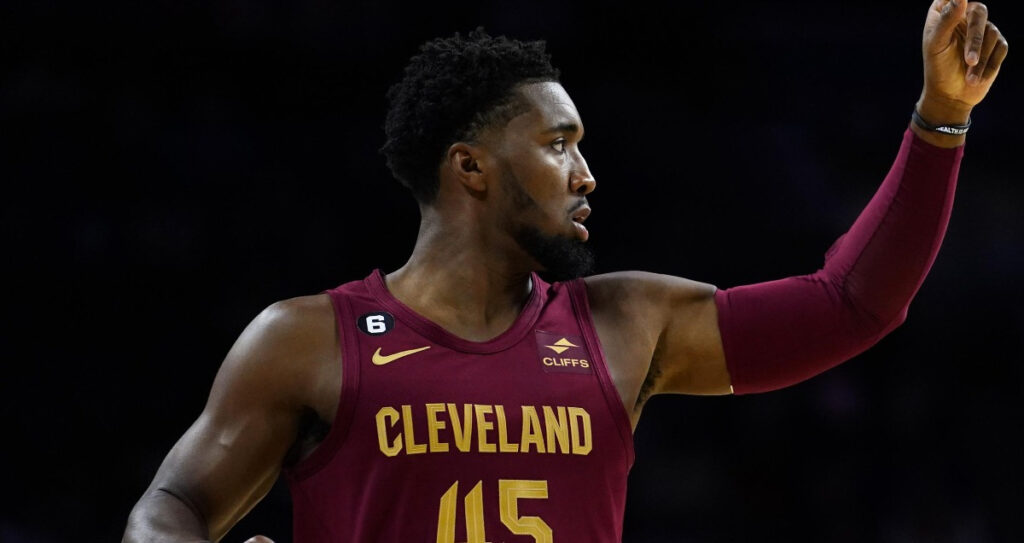 One of our 3 PrizePicks props for Tuesday is on Donovan Mitchell Over 27.5 points.

Our NBA player props went 2-1 again last night! DeMar DeRozan stayed under his assists total, and rookie Paolo Banchero stayed under his turnovers prop. Our only loser was on Zach LaVine, who busted our under by grabbing 7 rebounds against Boston. We'll take 2-1 every night, though.

We found 3 PrizePicks props that we love for Tuesday's Cavs at Jazz matchup. Let's make this game even more entertaining by winning some money on it! Good luck with all your bets!

This is one of the largest discrepancies we've seen in quite some time between PrizePicks and the online sportsbooks. FanDuel and PointsBet have this priced at 29.5 and every other sportsbook has it at 28.5. That makes the 27.5 that PrizePicks is dealing seem juicy enough to jump on.

Mitchell has been a scoring machine of late. He's averaging 31.2 points per game over his last 5 and 28.8 for the season. He's also done pretty well on the road, posting an average of 28 points per game.

The Cavs hit the jackpot by bringing Mitchell in during the offseason. He's their premier scorer, and he's gone over this point total in 22 of 36 games this season.

The matchup against the Jazz shouldn't be too tough for Mitchell. Utah sucks on the defensive end of the floor. They rank just 24th in points per game allowed and 28th in fast break points allowed. Take the Over!

We're not crazy about fading Garland because he can really light it up when he gets hot. However, he's had a rough time on the road this season. The former Vandy star is only averaging 17.1 points per game on the highway, which points us toward the Under.

Market support is also on our side with this pick. Three major sportsbooks (BetMGM, DraftKings, and Caesars) all have this prop priced a full point lower. That's a strong indicator that we're getting good value in the Under with this 20.5 price.

Though Utah doesn't have a great defense, they do defend three-pointers quite well. The Jazz rank 9th in 3-point defense by allowing only 35.1% of attempts. That means that Garland probably won't be able to make too many shots from downtown.

We cashed our turnover prop on Bachero last night, so we'll keep riding the horse. Markkanen is a nice player, but he has a tendency to get too careless with the ball at times. He's had 2 turnovers or more in 23 out of 40 games this season.

For the season, Markkanen is averaging 1.8 turnovers per game. He's averaging 1.9 when at home and committed 2 turnovers against the Cavs back on December 19.

It also doesn't hurt us that Cleveland has some pretty tough defenders down low. Guys like Jarrett Allen and Evan Mobley could make Markkanen's life miserable tonight. The Cavs rank 13th in causing turnovers, which is slightly above average.