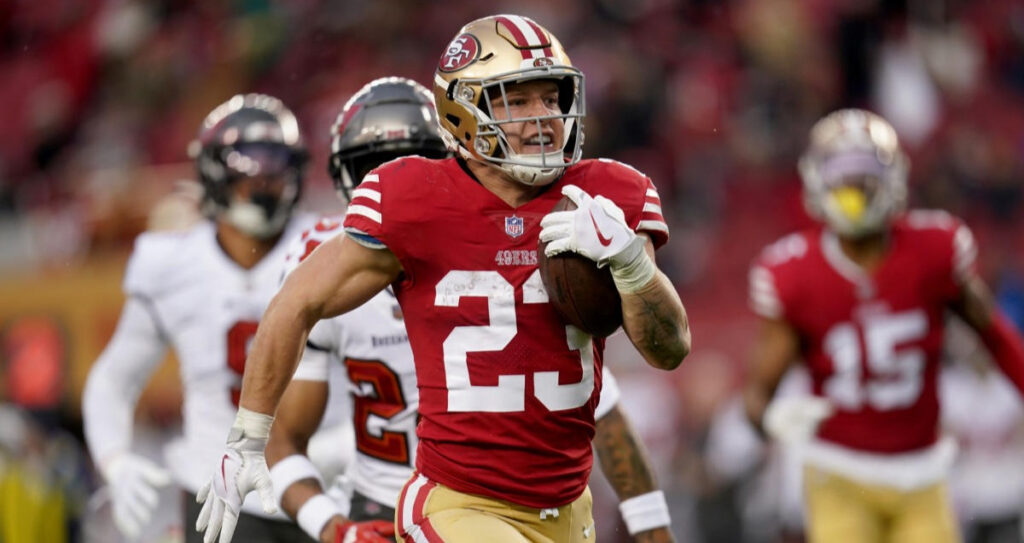 We think Christian McCaffrey and the 49ers will take care of business against the Seahawks on Thursday Night Football.

Week 15 of the NFL regular season kicks off with Thursday Night Football, and we're ready to roll. The matchup is a good one, as the Seattle Seahawks host the San Francisco 49ers. The Niners are 9-4 and currently have a 2-game lead over the Seahawks in the race for the NFC West crown.

A win by San Fran would almost lock up the division, but can they get it done with a rookie QB making his 2nd start? Seattle is 7-6 on the year and has been the surprise team of the division. Do they have the horses to pull off the upset?

Check out our 2 best bets for 49ers at Seahawks right here! Let's go 2-0 with these to build up our bankroll for the loaded NFL weekend card. Best of luck!

The Niners are on their 3rd string QB after Jimmy G has gone down to injury after replacing the injured Trey Lance. Brock Purdy has stepped in and looked solid in his limited time running the offense.

The Niners are riding a 6 game-winning streak and have allowed an average of just 10.6 points per game during this stretch. They are coming off a 35-7 dominating win over the Bucs in Purdy’s 1st career start.

They picked off Brady twice and ran over the Bucs' defense for 209 yards. Christian McCaffery has continued to prove his worth in the midseason trade as he went for 119 rushing yards, 34 receiving yards, and 2 scores.

Seattle has been stumbling in their last 4 games, where they have lost 3. Their lone win was a 27-23 comeback win over the 3-9 Rams. Their latest game was a 30-24 loss at home against the then 4-8 Panthers.

Geno Smith looked mediocre and threw 2 interceptions that proved to be the undoing of the Seahawks. The Panthers ran all over the Seahawks for 223 yards on the ground. Both Donta Foreman and Chuba Hubbard went for 74 yards a piece and were the co-rushing leaders.

If the Panthers' rushing attack can dominate the Seahawks, then the Niners should have no problem asserting their will over them as well. McCaffery is in line for another monster game, and Geno Smith has begun to deteriorate.

That's bad news with the top defense in the league coming to town. We believe the turnover game, rushing game, and overall game will be won in dominant fashion by the Niners.

Unders have been cashing at an insanely high clip this season, and we think that's the only way to play this total. The total originally opened at 41.5 but has been bet up 2 full points through the key numbers of both 42 and 43. We'll fade that move and play the Under.

The Niners should be able to utilize their superior rushing game against Seattle and control the time of possession. We believe, that if the Niners do not score a defensive touchdown, that this under should be the proper side. Seattle will have trouble scoring more than 14 points against this incredible Niners defense.