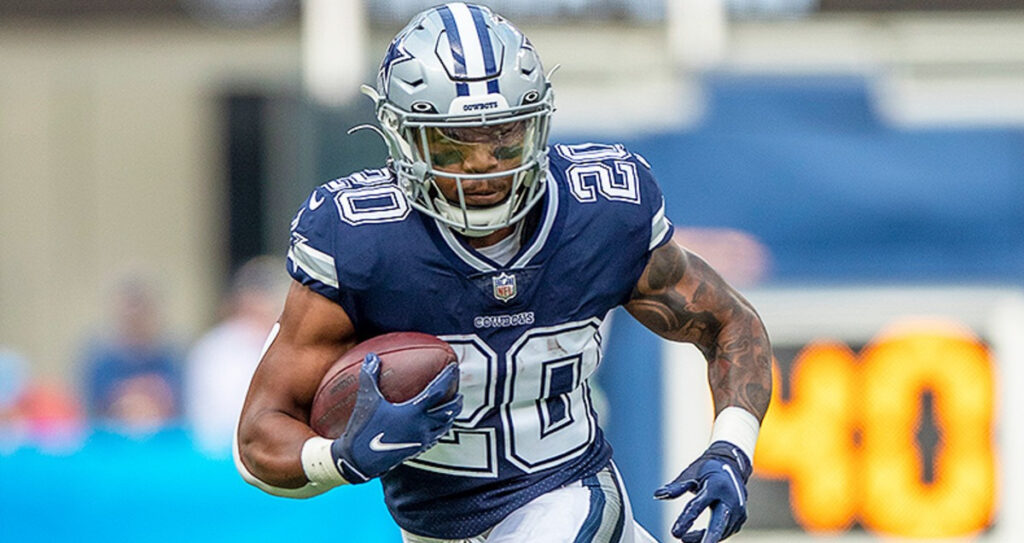 Check out our 4 NFL PrizePicks props for Thanksgiving Day! One of them is on Tony Pollard to go Over his rushing yardage total.

Our NFL player props came back down to earth a bit on Monday Night Football with a 1-2 record. Our only winner was on James Conner staying Under his rushing yardage. The main loss that stung was Deebo Samuel narrowly missing going Under his receiving yardage by four and a half yards.

This is a great time of the year since we get family, food, and football. Let's make some Christmas cash with 4 NFL PrizePicks props for Thanksgiving Day. PrizePicks even has a nice Thanksgiving Day treat for their users to take advantage of in the Patriots vs Vikings game.

If all goes as planned, this pick will cash before you even sit down for turkey and dressing! The Lions are on a nice 3-game winning streak but their secondary still has an awful time covering #1 wideouts. Detroit ranks dead last in yards per pass allowed (7.8) and 28th in passing yards allowed (262.2).

Diggs has been Josh Allen's go-to guy all year long and we think he'll find the end zone at least once on Thanksgiving Day. The former Maryland star has been targeted 31 times over the last 3 games and he'll be a large part of the Bills' game plan against the Lions.

The 6-foot 191-pound playmaker has scored a touchdown in 6 of 10 games this season. Besides all of that, the math is on our side here. Each slot of a 4-pick parlay at PrizePicks has implied odds of -128. DraftKings prices Diggs to score a TD at -165 and FanDuel prices it at -155. There's some clear value with those large discrepancies.

For the mid-afternoon game between the Giants and Cowboys, let's start off with an Under. Slayton has gone over this yardage amount in 4 straight games but our numbers are calling for some serious regression against this stingy Dallas secondary. The Cowboys lead the league in passing yards allowed per game and they're ranked 3rd in yards per pass allowed.

Not only do those stats support an Under from Slayton, but the sportsbooks are also leaning that way as well. DraftKings, BetMGM, and Caesars all price this prop 3 yards lower. That's too much value to pass up!

We love this Over! Tony Pollard is slowly taking over for Zeke as the main RB in Dallas. The former Memphis Tiger has more of a speed burst, as evidenced by his robust 5.9 yards per carry average. Our projection shows an 85-yard rushing performance from Pollard versus the G-Men.

Pollard is averaging 70.1 yards per game this season, which is a big reason why we played the Over. He's also gone over this rushing number in 6 of 10 games this year. The Giants suck at stopping the run as they rank 31st in yards per rush allowed (5.3) and 25th in rushing yards per game allowed (135.9).

Take a gander at a few other sportsbooks and you'll see that FanDuel prices this prop 2 yards higher. PointsBet prices it 4 yards higher. Barring any type of injury, we think Pollard easily exceeds this number.

PrizePicks wanted to reward all of their clients on Thanksgiving and they've done just that with this prop on Justin Jefferson. All he basically has to do is catch one pass and this bad boy is a winner!

Considering that Jefferson has caught at least 3 passes in each game this season, this one is the closest thing to a lock! The Patriots have an excellent secondary but there's no way they're shutting out a player of Jefferson's caliber. Minnesota will be hungry for a good performance after getting embarrassed by Dallas on Sunday.

Best of luck with all of your Turkey Day prop plays! Happy Thanksgiving to you and your family. We are grateful to all of our readers for hanging out with us each day.