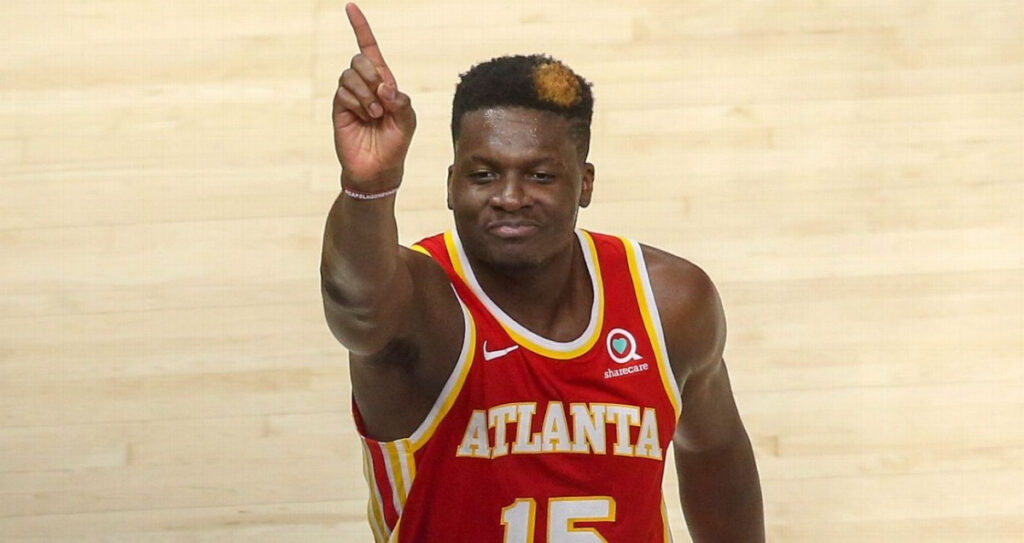 We like Clint Capela to grab Over 12.5 rebounds as 1 of our 4 NBA player props for Monday.

While most sports fans will be focused on the Monday Night Football game between New England and Arizona, don't forget about the 7 NBA games that are on the schedule for Monday! Two of the most interesting matchups will be shown on NBA TV. The Grizzlies will host the Hawks in the early tip, while the Celtics will hit the highway to take on the Clippers in the late-night cap.

Ready to cash out BIG with tonight's NBA slate? Here are 4 NBA player props for Monday, December 12. For good measure, we've got a Same Game Parlay as well. Best of luck with your wagers tonight!

KJ is averaging just over 20 points per game on the year. In his last 12 games, he has failed to go over this number in 9 of them. Tonight, he faces the toughest defensive team in the league, the Cleveland Cavaliers.

With the fact that Cleveland’s defense is top in the league, combined with this spread being so high, we believe KJ will not be able to go over his season’s average. Look for Johnson to top out around 15 points in this one.

Hardaway has struggled in his last 2 games against the Bucks and Bulls. He only put up 8 against Milwaukee and then 12 in Chicago. On the season, he is averaging just 13 points per game but had been on a tear in the month of December.

Prior to his last 2 games, he was averaging 25 points. We believe he will get back on track tonight against the Thunder, who are allowing 117.6 points per game which is 2nd worst in the league.

Capela is averaging 12.2 boards per game on the year. He has gone over this number in half of his last 8 games and is posting 12.8 per game in the month of December.

Tonight, he faces the Grizzles, who are last in the league, allowing 48.7 per game to their opponents. Capela is an elite rebounder, and we believe he exceeds 13 of them tonight.

Giddey is averaging only 5.4 assists per game this season and has gone over 5 assists in 2 of his last 7 games. The Mavericks are allowing only 22 assists per game to opponents, and they will limit Giddey to under 6 of them tonight.

We think Giddey could have a decent night as far as scoring is concerned, but his role as a facilitator will be minimized. Oh, and it doesn't hurt that we're getting +125 at BetRivers on this prop. That's just way too generous to pass up!

Tatum was held to just 18 points in his last game on Saturday. He is averaging 30 points per game on the season and should be able to get close to 30 tonight against the Clippers.

In the steals department, he is averaging 2 per game in the month of December. Tatum is averaging 29.2 points per game over his last 5 games against these Clippers. He will find continued success tonight against them.