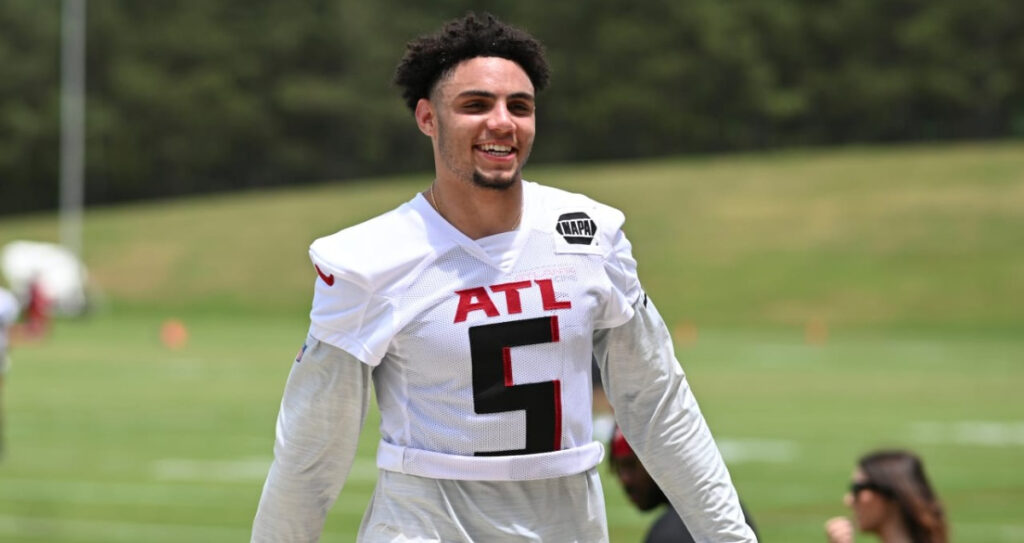 We don't see Drake London doing much against the Saints on Sunday.

Ready to cash in on the NFL Week 15 Sunday slate? Though most games on Sunday's card could be blowouts, three of which could go down to the wire. We're particularly interested in the Titans at Chargers and the Bengals at Bucs matchups.

Sunday's early matchup between the Lions and the Jets could also turn out to be highly entertaining. Can Detroit, who has won 5 of their last 6, stay hot on offense?

One way to make this Sunday's slate of games more interesting is to put some money down on some player props. Here are 3 PrizePicks player props for December 18 that we absolutely love! Let's go 2-1 or better with these!

Don't overthink this one; just hit submit! This Eagles offense is something special, and Sanders is a big reason why. The former Penn State star has gone over this total in 8 of 13 games this season.

The 25-year-old ranks 5th in the league in rushing (1,068) and is tied for 3rd with 11 rushing touchdowns. We think Sanders will have no problem slicing through this Bears' defense.

Sanders has gone Over this total in 5 of his last 8 games. Philly is currently an 8.5-point favorite, so the game script should lend itself to Sanders getting plenty of carries. We'll take the Over!

London is a talented rookie, but he's struggled to get going this year in this less-than-potent Atlanta offense. The former USC star still hasn't scored an NFL touchdown. He has to learn a new quarterback since Desmond Ridder has now replaced Marcus Mariota as the starter.

While we think Ridder has some upside, rookie QBs often struggle in their first few starts. London has stayed Under this yardage total in 9 of 13 games this season. The Under has also cashed versus this yardage amount in 9 of the last 10 games.

The Saints don't have a world-class defense by any means, but they do rank 9th in yards per pass allowed. They're also 10th in passing yards allowed per game. London had a decent game (74 receiving yards) against New Orleans earlier this season, but we don't see that happening again in this one.

The Falcons also struggle to protect the QB, as they allow sacks on 8.54% of snaps. That means Ridder won't have much time to throw, which could hurt London's production. We'll roll with the Under!

Ekeler is still fun to watch, but he's been more dangerous as a receiver than as a running back this season. He's only averaging 3.1 yards per rush at home this year, which just speaks as to how much the Chargers have struggled along the offensive line. Los Angeles only ranks 30th in yards per rush and 29th in rushing offense (DVOA).

The Titans, on the other hand, are stifling against the run. Tennessee leads the league in rush defense according to DVOA, and they rank 2nd in yards per rush allowed. All that to say, this is a tough matchup for Ekeler.

Even though this rushing yardage total looks low, Ekeler has still stayed Under this number in 5 of his last 8 games. For the season, Ekeler is 8-5 to the Under against this number. Also, Los Angeles only runs the ball on 33.18% of their snaps, which ranks 30th in the league.