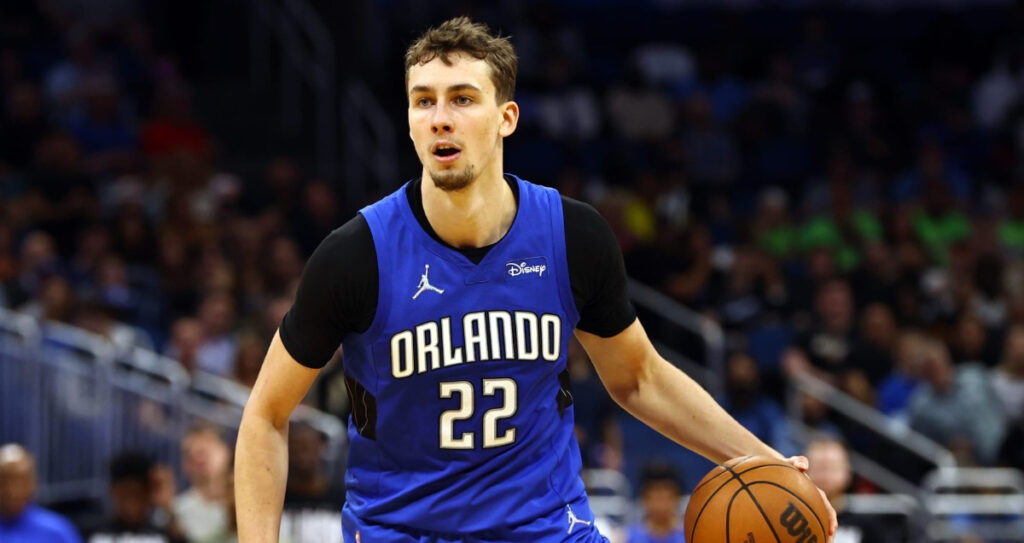 We like Franz Wagner to go over his PrizePicks point total for Tuesday.

Our NBA player props suffered a tough 1-2 fate the last time out. Jalen Duren busted our Under by scoring 13 points, and Anfernee Simons only hit 1 of his 10 three-point attempts to ruin our Over 3.5 ticket.

Thankfully, Dejounte Murray stayed under his assist total to keep us from the golden sombrero. Tuesday's NBA slate isn't the usual small one, as 10 games are on the board. We found quite a bit of value in tonight's Lakers vs Magic matchup.

We're ready to bounce back strong with 3 PrizePicks NBA Props for Tuesday, December 27. Let's find that 3-0 sweep to start the week off on the right foot!

Wagner has been lighting it up of late, which is a big reason why we like him to exceed this point total. The former Michigan standout is averaging 21.7 points over his last 10 games, and he continues to be one of Orlando's best scoring threats.

Wagner is also averaging 19.8 points per game this season and 21.6 when on his home floor. He's scored 19 or more in 7 of his last 8 contests. These are some pretty strong numbers in our favor with this Over.

Oh, and what about market support? We've got a lot of it. FanDuel prices this a full point higher and Caesars juices the Over at -152.

We've always had a theory that there is inherent value in playing superstars to go Under on the majority of their props. The sportsbooks know that most of the betting public loves to root for strong performances from big-name players. Because of that, the books will usually shade the number more towards the Over.

We love LeBron, but the fact is he's no spring chicken anymore, and the Lakers are a complete mess right now. LBJ is also fighting a bum ankle but is listed as probable to play against the Magic tonight.

There aren't any strong statistical trends for this play, but James has stayed Under this assists total in 6 of his last 10 games. That's good enough for us to take a stab with the Under, along with the fact that James may see some reduction in minutes if this game gets out of hand.

Luka's always a threat to put up a triple-double, but we're betting he won't do too much on the glass against the Knicks. New York is the 4th best rebounding team in the league, while Dallas only ranks 28th in that department. There are a ton of metrics in favor of the Under as well.

Doncic is averaging 8.3 rebounds per game this season. He's only averaging 7.5 boards over his last 10 contests and has stayed Under this number in 4 of his last 6.

For the season, Doncic has grabbed 8 rebounds or less in 17 of 31 games. We also like that BetMGM and DraftKings juice this Under at -140 and -135, respectively. Luka will get his share of points, but we're thinking he tops out at 6 rebounds against the Knicks.