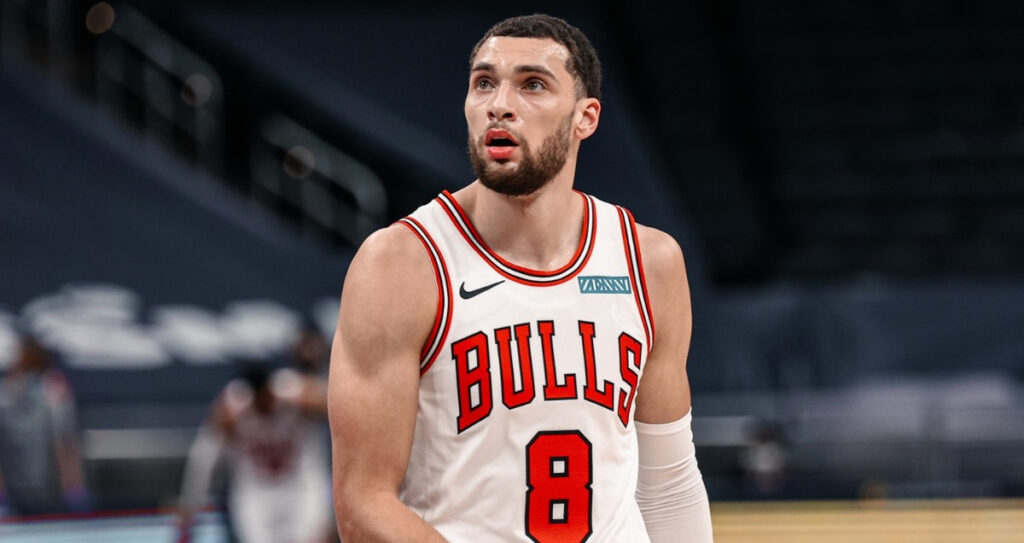 We like Zach LaVine to stay Under 4.5 rebounds as 1 of our 3 PrizePicks NBA Props.

Our NBA player props got back to winning ways on Friday with a 2-1 mark. Kevin Durant sailed over his point total with no problems, and Scottie Barnes easily stayed under his rebounding total. Our only loss was on Damian Lillard, who bit us with the hook by dishing out 8 assists.

Let's keep the hot streak alive with 3 PrizePicks NBA props for Monday, January 9. We know most of the attention is on the college football national title game tonight, but the money won on NBA is just as green! Best of luck with all your wagers.

If you haven't been reading our daily props article for a lengthy period, we're big fans of playing guards to stay under their rebounding totals. In most defenses, guards simply aren't near the glass enough to grab rebounds on a consistent basis. That same logic applies to LaVine tonight against Boston.

The Bulls aren't a great rebounding team as a whole, as they rank just 26th in the league in rebounds per game. We also like that FanDuel prices this prop at -140 and PointsBet prices it at -145.

I guess it's fade the Bulls night. DeRozan is the best scorer on Chicago's roster, but we usually like fading him in either the assists or rebounds category. We don't see the former USC Trojan dishing out a lot of assists tonight against Boston.

Speaking of Boston, they have the #1 defense in the league at limiting assists. The Celtics only allow 22.5 assists per game, which is pretty impressive.

DeRozan has stayed under this assists total in 3 of his last 5 games. That's probably why Caesars prices this at -143, and DraftKings has it at -135. Take the Under!

We've never dove into the turnovers market on PrizePicks, but there's no time like the present. We couldn't find any value in the points props, so we'll take a stab at Banchero to stay Under 2.5 turnovers.

Rookies do tend to turn the ball over quite a bit, but Banchero is slowly breaking that bad habit. The former Duke Blue Devil has committed less than 3 turnovers in 5 of his last 7 games. That's a great sign for the Magic and for us on this Under selection.

Banchero played against the Kings back on November 5th and only committed 1 turnover in that game. Sacramento is just average at creating turnovers, which is also a nice plus in our favor. We'll take the Under and hope for a 3-0 sweep tonight! Let's go!