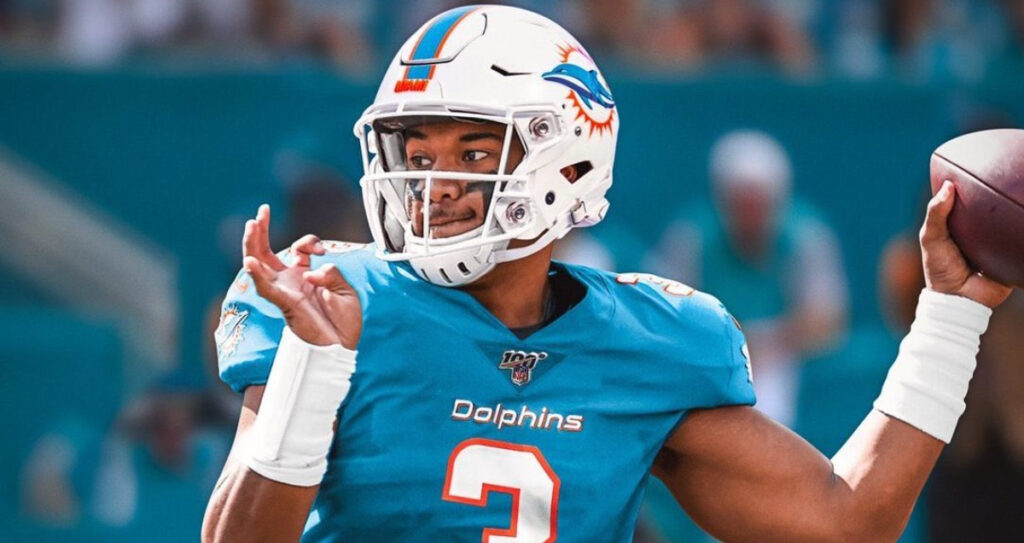 Tua Tagovailoa should feast against Houston's awful secondary in Week 12.

While the Week 12 Thanksgiving Day games are getting most of the attention, there are some intriguing matchups on Sunday as well. The Bengals face the Titans in a rematch of last year's playoff showdown. Sunday Night Football brings us the Packers vs the Eagles.

What's the perfect cure for a turkey hangover? Winning some prop bets! Here are 3 PrizePicks props for the Week 12 Sunday slate. Good luck with your picks!

This Dolphins offense is something special to watch and Tagovailoa has been playing lights out since coming back from that devastating concussion earlier this season. The former Alabama standout is averaging 283.1 passing yards per game and we think he'll easily exceed that in this game.

A look at Tua's season-long game-by-game breakdown makes us like this Over even more. He's gone Over 260 passing yards in 6 of 8 games this season. Take the Over and watch as this one cashes with relative ease!

Pacheco will be the feature back for Kansas City now that Clyde Edwards-Helaire is hurt. This kid has a nice skillset and just had his first 100-yard game as a pro. That being said, we think he'll struggle against this Rams defensive line.

The Rams are a mess this season but their rush defense is still pretty stout. They rank 5th in rushing DVOA and 4th in rushing yards per game allowed. The Chiefs' rushing offense only ranks 18th in both of those categories.

Andy Reid knows that the way to attack this Rams' defense is through the air. Because of this, we don't think Pacheco will get enough carries to go over this total. He's gone Under this rushing total in 8 of 10 games this year.

This is a tough matchup for Moore this week. He'll probably be going up against Patrick Surtain, who is one of the best corners in the league. Our projection shows Moore topping out at just under 40 receiving yards in this game.

Carolina has one of the worst passing offenses in the league. While the return of Sam Darnold may help Moore's production a little bit, you have to wonder about the rust factor with Darnold. After all, the poor guy hasn't taken a snap yet this season!

The Panthers are dead last in the NFL in passing DVOA and 29th in passing yards per game. The Broncos' defense ranks 4th and 3rd in those categories, respectively. Moore has gone Under this yardage total in 8 of 11 games this year. Take the Under!

Good luck with all of your Sunday NFL player prop bets! Let's finish the holiday weekend off in grand fashion with a 3-0 sweep!