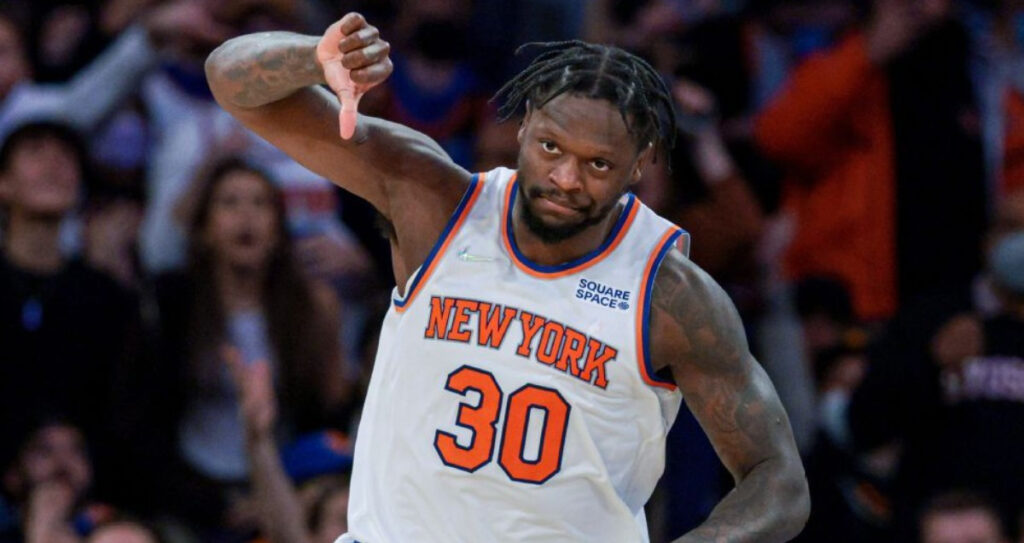 One of our 3 NBA PrizePicks props for Tuesday is on Julius Randle to go Over his rebounding total.

Our NBA player props are off to a fantastic start to the new season. We're 9-3 overall and coming off a beautiful 3-0 sweep last Friday night! There are 5 games on the NBA schedule for tonight with a usual TNT doubleheader featuring Memphis at New Orleans and Brooklyn at Sacramento.

While we weren't able to find any value in the early TNT matchup, we did find 2 positive EV opportunities for the late-night tip. Here are 3 NBA PrizePicks props for Tuesday, November 15. Let's stay hot, folks!

This number looks to be at least a full rebound short of where it should be. Randle has been crashing the boards hard so far this season as he's averaging 9.1 rebounds per game. He's gone over this rebounding total in 8 of 13 games this year, which is a big reason why we like the Over in this spot.

The former Kentucky Wildcat has also eclipsed this rebounding total in 2 of his last 3 games. The matchup also favors Randle, as he's a big, physical power forward at 6-8 and 250 pounds. He should have his way against Utah tonight, even on the road.

The Knicks are a solid rebounding team, as they average 56.1 boards per game (3rd). The Jazz are pretty good on the offensive glass but they only rank 21st in defensive rebounding (32.5 per game). Our numbers have Randle pulling down at least 10 rebounds tonight and we'll trust that projection.

Shouldn't this line be closer to 5.5 than 4.5? Barnes is averaging 5.4 rebounds per game this season and 5.1 for his entire 10-year NBA career. The former UNC Tarheel has gone over this rebounding total in 7 of 12 games so far this year.

Sacramento isn't an elite rebounding team by any means but Brooklyn is even worse. The Nets only rank 28th in total rebounds per game (48.6). The Kings rank 26th by pulling down 49.1 boards per game.

It's not like Brooklyn has been shooting the lights out either, as they only rank 12th in the league in shooting efficiency. That should mean plenty of rebounding opportunities for Barnes and his teammates tonight. We expect Barnes to get at least 7 rebounds tonight so take the Over!

No, we just couldn't make all three plays on the Over! You know us better than that (lol)! O'Neale is having a nice season so far but we think this number is a tad inflated because of his hot start.

Even though O'Neale is averaging 10.3 points per game this season, he's still gone Under this point total in 8 of 14 games. The former Baylor Bear has also stayed Under this number in 3 of his last 5.

The change of scenery has definitely done wonders for O'Neale but we think he's due for some regression to the mean tonight. Keep in mind that he's only averaging 6.3 points per game for his career. We'll hold our breath and take the Under!

Best of luck with all your Tuesday NBA action! Let's bring home a 2nd straight 3-0 sweep and cash out big on PrizePicks!