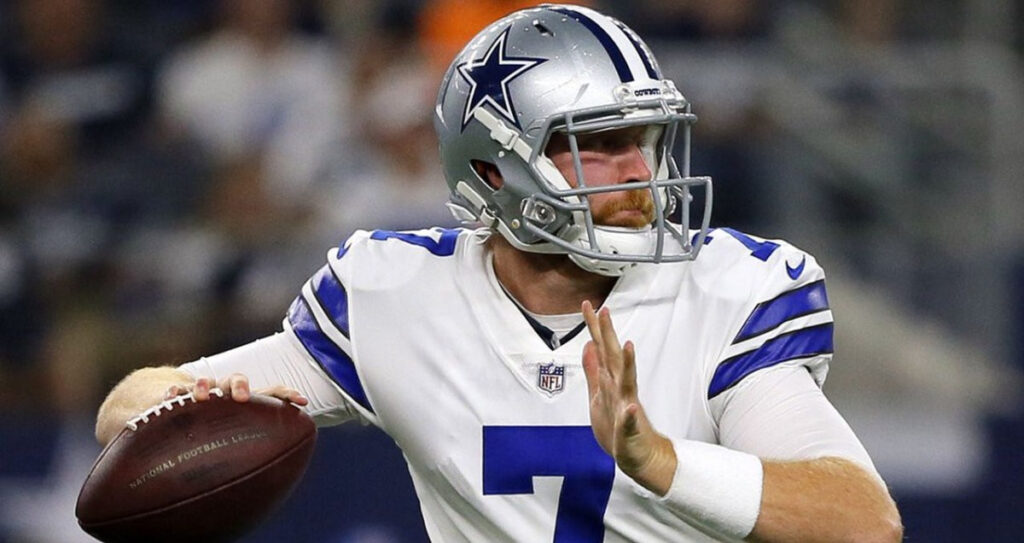 Cooper Rush has played admirably this season but he could struggle against the nasty Eagles defense on Sunday Night Football.

The NFL has to be ecstatic about how this week’s Sunday Night Football match has turned out. The Dallas Cowboys and Philadelphia Eagles both have national fan bases who would watch this game regardless of the records, but it so happens that the Eagles remain the only undefeated team in the NFL and the Cowboys have won four in a row. Lincoln Financial Field will be rocking for this NFC East tussle.

Last week’s Sunday Night Football prop bets went 1-2, with Joe Burrow’s six rushing yards cashing our winning play of under 10.5. The Tee Higgins’ injury meant his receptions going over 5.5 was never possible, and Justin Tucker proceeded to boot four field goals to bury our last play. That brings us to 6-4 over the last three weeks, and we head into this Cowboys at Eagles matchup looking to extend our winning record.

Philadelphia has proven to be one of the toughest defensive units in the NFL overall and is allowing the fifth-least passing yards against them through five games. They’ve allowed just one team to throw for more than 210 yards in a game this season, and that was last week in a road win against the Arizona Cardinals.

The Eagles made Kirk Cousins’ life a living nightmare on Monday Night Football a few weeks ago, and we expect Cooper Rush’s experience to feel similar to that this Sunday. Rush has been the caretaker of a talented Cowboys team in the absence of Dak Prescott, and has not faced a team like Philadelphia yet. None of this bodes well for his performance and that makes the under the play here.

Building off our first play, we’d like to add to the difficult evening we expect Sunday to be for Rush and double down on the Eagles' defense capitalizing on his mistakes. Philly's stout run defense will mean that Rush will have to throw more often.

Rush, who has not thrown an interception this season, will put that first blemish on his record this weekend. James Bradberry and Darius Slay are solid corners and both already have two interceptions this season. It wouldn't surprise us if each of them comes away with a pick in this game.

Pollard has gone over this total in three of the Cowboys' last four games, with his rushing stats leading the way in what has been a pleasant surprise this season. Pollard has built himself into a real threat as a true runner in addition to his prowess catching passes out of the backfield as a third-down back.

The yards will be hard to come by for Dallas on Sunday night, but Pollard will get his one way or another against this speedy Eagles defense. He has the explosiveness to go over this yardage total in just a couple of big plays.

Goedert has been extremely consistent for this Philadelphia offense in 2022. With his current average of 67 yards receiving per game, he’s on pace for over 1,100 yards this season. Goedert has averaged 46 yards per game in seven matchups with Dallas, which puts this number in a more understandable category.

He commanded nine targets in the Eagles’ victory against Arizona in Week 5 and has five or more catches in three games so far. The Cowboys will have too much to worry about with containing the Eagles' ground game to not allow Goedert to get free across the middle or down the seam a few times and cash this bet.