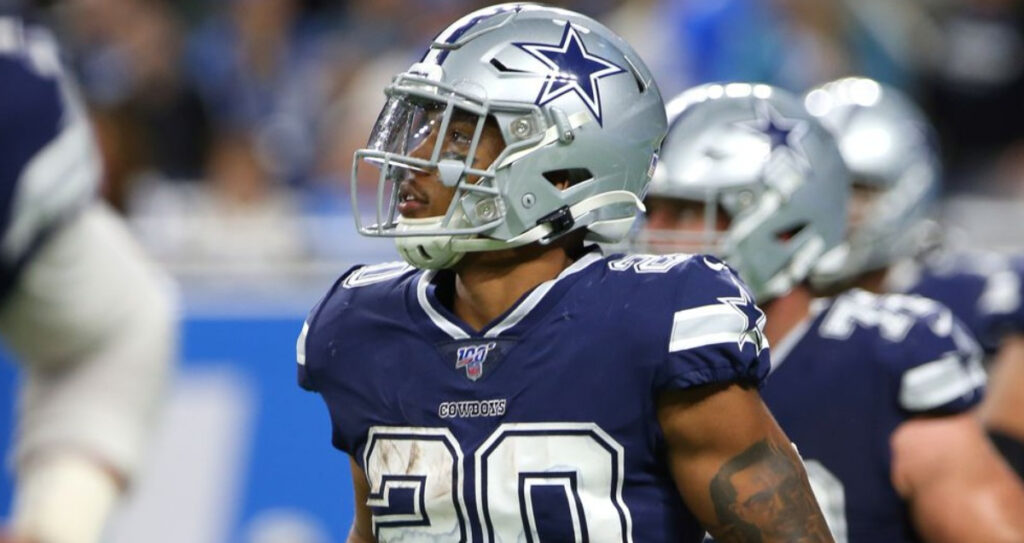 We like Tony Pollard to go over 45.5 rushing yards on Monday Night Football against the Bucs.

The Tampa Bay Buccaneers welcome the Dallas Cowboys to Raymond James Stadium in the final game of the Wild Card round this postseason. These two met on Sunday Night Football during Week 1 in a game that featured 22 total points and five field goals as the Bucs won 19-3.

Tampa Bay was never more balanced than it was in Week 1 when they threw for 195 yards and ran for 152 as a team while containing the Cowboys to less than 250 yards of offense. Dallas did not lose again at home this season and finished 12-5 to secure the 5-seed in the NFC.

Heading into this rematch that’s been four months in the making, the Cowboys are 2.5-point road favorites, and the total has settled at 45.5 points after opening a point lower. Last week’s primetime props on Sunday finished 2-1 to conclude the regular season, and we’ve prepared another card for this Monday night matchup. Our best bets are just ahead.

Brady averaged 29.8 completions per game in the 16 games he played for four quarters this season. He ended the year with a five-game stretch in which he averaged 33.2 completions per week while completing 67.5% of his throws.

His game continued to adapt to an offense that largely works its way down the field in small chunks but has the potential for big plays. Brady’s 6.4 average yards per pass attempt marked his fewest since 2002, when he was a second-year starter for the Patriots.

The Cowboys rank 8th in the NFL in pass defense this season, and we are less certain that Brady will create the chunk plays that warrant betting on his yardage total. Our projection has him surpassing 30 completions to put our wager comfortably over this total.

His midseason run from October 9 to December 18 saw him rack up 80.7 yards per game and eight touchdowns while averaging 5.7 yards per carry over 10 games. Pollard ranked 7th in the NFL this season with 5.2 yards per rush attempt.

The thigh bruise he’s dealt with for the last three weeks has limited Pollard to 16 carries and 38 yards in two games while being absent for the Cowboys’ Week 17 win over Tennessee.

The rest he’s been able to accumulate in that time should have Pollard ready to go for the second playoff game of his career. We like him to get at least 10-12 carries while maintaining his high average per attempt.

Godwin, like Brady, adapted his game to the needs of a Bucs’ offense that asked him to stretch the field less and work more short, underneath routes to keep the chains moving. He posted new career highs with 142 targets and 104 receptions in 15 games and his third 1,000-yard season as a professional in the process.

Godwin has not seen less than eight targets in a full game since October 9 and averaged 7.5 catches per game on 10.5 weekly targets during the 11 games in that time.

He only cracked the 100-yard mark twice this season and scored three times. However, he had eight games with 7+ catches and will be a difficult cover for this Dallas defense. Godwin should continue to rack up the targets, and we will play the over on his receptions Monday night.