Commanders vs Bears - Our Best Bets for Thursday's Spread and Total 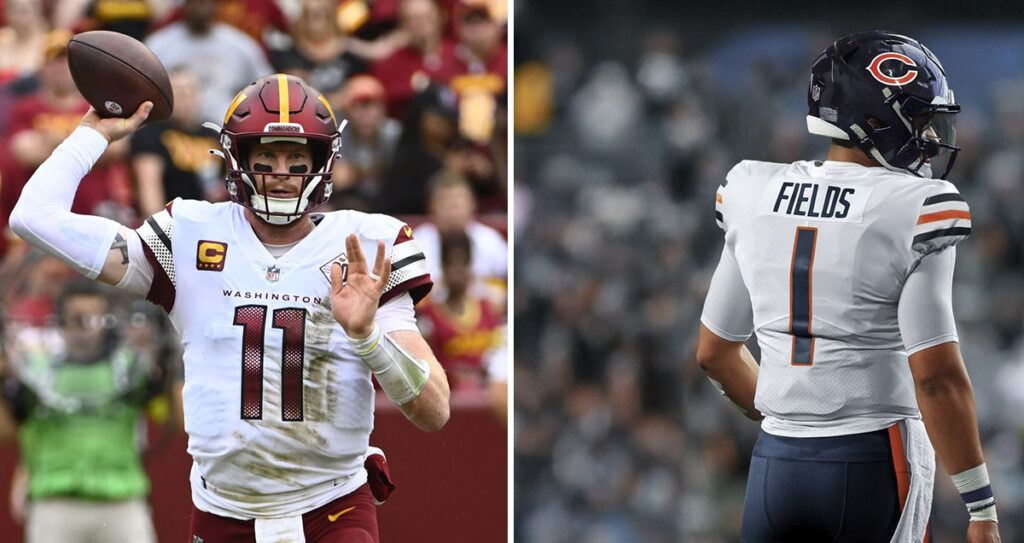 We expect Wentz and the Commanders to cover in Chicago on Thursday night.

We had an absolute classic Thursday Night Football game last week. A whopping 21 total points were scored and a total of 0 touchdowns. And in true masochistic fashion, the game went into overtime before it was finally decided.

The Colts pulled off the upset win on the road at Mile High but the only thing that seemed to be shown in this game was that both of these teams are a far cry from what many had anticipated in the offseason. The addition of veteran quarterbacks Matt Ryan to Indy and Russell Wilson to Denver has had little to no effect on these franchises.

This week, we get what could be another stinker. The Washington Commanders will head to Soldier Field to take on the Chicago Bears. The young and still unknown talent of Justin Fields will lead the Bears while the uber-inconsistent Carson Wentz will lead the Commanders. We believe we have a read on both the spread and total here and will divulge them below.

After defeating the Jaguars in a come-from-behind game in Week 1, these Commanders have dropped 4 straight. They have been outscored 71-35 in their last 3 losses. Carson Wentz has looked awful and has led to Ron Rivera’s recent criticism.

When asked what is different in the Commanders from the rest of the NFC East which is a combined 13-2, his response was “The Quarterback”. While Wentz has not been great and the scoring has not been at a high level, the Commanders are still 13th in yardage and 6th in passing yardage.

Chicago started out a decent 2-1 prior to losing back-to-back games to the Giants and Vikings. They started off with a big win at home in Week 1 19-10 over San Francisco. Their other win was against a weak Houston team 23-20.

Fields has more interceptions than touchdowns right now 4-3. They have held teams to 21.2 points per game but have only been able to put up an average of 17.2 themselves. The 35% on 3rd down conversions is 28th in the league.

We believe the Commanders are going to pick up a road win here and this is why. The Bears' defense against the run has been atrocious ranking 31st in the league allowing 170 yards per game. With the comments by Rivera about Wentz this week, we believe he will take the ball out of his hands a good amount here.

Rivera will likely pound the rock with Gibson, McKissic, and Robinson Jr. Fields will continue to play inferior behind center for the Bears and will turn the ball over at least once. 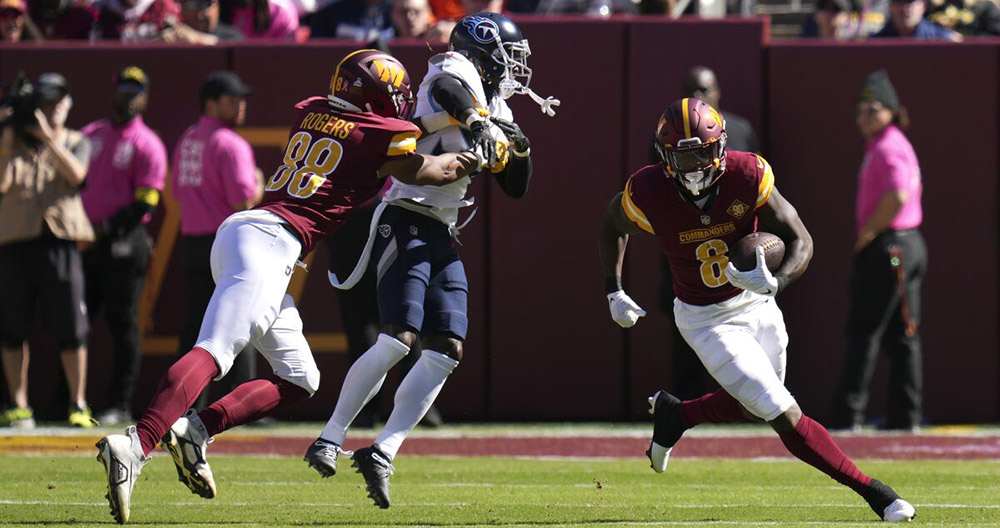 Not only is the Bears' rush defense bad, but the Commanders' defense has also been terrible. They are allowing 25.6 points per game to opponents which is 25th in the league. We believe both of these offenses are going to put up a couple of touchdowns against these maligned defenses.

This total is extremely low and we believe this is an overreaction to last Thursday’s field goal fest. Give us the over.

Key trends pointing to the over cashing on Thursday: