Best Bets for the 2022 NCAA Tournament 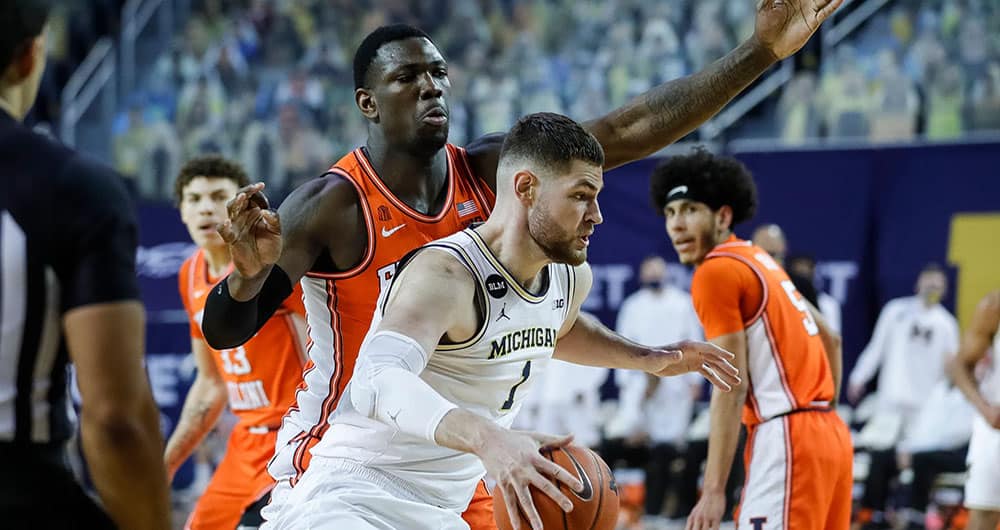 It is 2 days after Selection Sunday and like most college basketball fans, I have already scrutinized my bracket and made multiple changes. To me, there is no better time of year than the middle of March when the tournament is about to start. The anticipation of the matchups we now know are in place. The chatter among co-workers and friends of who you believe will be the Cinderella story and what team is going to be upset. The discussions about what team was unfairly seeded and others that were left out of the tournament completely. There is no other post-season that compares, in my eyes.

What better way to kickoff the madness in March than by giving you all some things to consider while filling out your brackets and making other gambling decisions on the plethora of pools available. Below, we will dive into each region and give our best bets, best value, and longshot picks for each.

Best Bets From the West Region

The West Region of the NCAA Tournament features top-overall seed Gonzaga Bulldogs and the 2 seed with arguably the weakest resume, the Duke Blue Devils. Duke beat Gonzaga earlier this season, but with Michigan State, Texas Tech and Alabama on their half of the bracket, a rematch is far from certain. Here are our favorite pre-tournament bets to win the West Region:

Yes, it is extremely chalky to take the overall #1 seed to make the Final Four. However, imagine getting Gonzaga for -140 to win a game prior to the Final Four. Not likely to happen, but with this wager, we are banking on them getting through their 1st three games with relative ease and see us essentially taking the money line (-140 with this wager) against whichever team makes it from the bottom of the West bracket.

This Gonzaga team has all the making of a national championship team. They fall inside the top 40 in offensive efficiency (3rd) and the top 20 in defensive efficiency (7th). They made the tournament last season, they have a coach (Mark Few) who has experience coaching in the Final Four, and they won their conference tournament. These are all essentials to a national championship team over the past 15 10-15 years. The latter being that the team made their conference semi-finals at the very least.

The Razorbacks are 40th in offensive efficiency and 16th in defensive efficiency. However, they were bounced early from the SEC Tournament and Eric Mussleman has no Final Four experience. They do not meet the criteria for a national championship contender, but they have the makings of a team that could make a run to the Final Four.

I can’t pass up Izzo in March at 48 to 1. Even if they get to the Elite 8, we will have hedging value with this large of a number. They may not make it out of the 1st round against a good Davidson team, but I believe they can certainly cause problems for the Blue Devils if they meet in the 2nd round.

Best Bets From the South Region

Arizona is the top seed in the South Region, with Big East champions Villanova earning the 2 seed. SEC Tournament champion Tennessee is the best 3 seed in the field, but will face a tough second round game regardless of who wins the Colorado State (6) vs Michigan (11) game. Here are our best pre-tournament bets to win the South Region:

The current DraftKings odds have the Vols at just +330 to win the region and make the Final Four. We are getting almost double that here on FanDuel. This Tennessee team is one of the hottest teams in the country right now. They also set up with a very easy 1st two games with Longwood followed by the winner of Colorado St/Michigan. They also have all the criteria for a national championship contender. The Vols enter the tournament 36th in offensive efficiency and 3rd in defensive efficiency. Rick Barnes has been to the Final Four, this team won their conference tournament, enter the NCAA Tournament on a 7 game win streak, and have won 12 of their last 13 overall.

I am not in love with this Illini team, but I certainly respect them. They have the tools to make a run. Kofi Cockburn can be the most dominant big man in the country at times. Andre Curbelo can be one of the most exciting and best facilitators in the country at times. Trent Frazier can light it up from deep, at times. Their issue has been consistency and that could hinder them in the tournament. However, if they are able to remain consistent through just 4 games, this will cash in.

Here we found a big difference in value. Fanduel has the Wolverines set at +1800 for this same wager, so the value is certainly there. This Michigan team was a preseason top 5 team in the country. They have had an awful season when compared to that ranking, but the tournament is a new season. Maybe they put it together and be the team that everyone expected in the preseason, and at 30 to 1, it's worth a dart.

The top-seeded Baylor Bears have more quadrant 1 wins than any other team in the tournament, but with Saint Mary's and UCLA in their half of the bracket, they have a tough path to New Orleans. The two seed in the East is Kentucky, who could face the nation's top offensive team, Purdue, in the Sweet 16. Here are our favorite bets from the East Region of the NCAA Tournament.

Another team with all the boxes checked to be a national championship contender are the UCLA Bruins. They rank 14th in offensive efficiency and 11th in defensive efficiency, Mick Cronin has Final Four experience after last year’s run and they made it to the Pac 12 Tournament Final. I don’t believe in this year’s Baylor team at all and their early exit in the Big 12 tournament solidified my disbelief in them. I see the Bruins getting back to the Final Four this season.

The Longhorns' only unchecked box of criteria as a contender is the fact that they lost early in the Big 12 Tournament. But Chris Beard could use that, along with their early exit from the tourney last year, as motivation. If he can get this talented group clicking, they certainly can make a run.

The Racers don’t have Ja Morant anymore, but they have a team that surpassed all of his teams’ accolades. Maybe, just maybe, these Racers can surpass the all-previous years’ finishes and win the region. Probably not, but they said the same thing about George Mason in 2006 and Loyola-Chicago in 2018.

Kansas earned the #1 seed in the Midwest and are led by senior guard Ochai Ogbaji, who is one of the front runners to win Most Outstanding Player. The draw is far from ideal for the Jayhawks as they have a potential Sweet 16 matchup with either the red-hot Iowa Hawkeyes or a Providence team that was ranked in the top 10 in the nation heading into their conference tournament. Here are our best bets from the Midwest Region:

The Tigers should have a sour taste in their mouths after missing out on last year’s tournament due to their self-imposed suspension. Not only that, they are a talented bunch with an offensive efficiency ranking of 24th and defensive an even more impressive 8th. Bruce Pearl has plenty of tournament experience and will have his team primed for a run.

The Badgers caught everyone by surprise this season, but with a veteran group and plenty of tournament experience, this group could get the job done. Greg Gard will be searching for his 1st trip as a head coach to the Final Four this year and could have the pieces to do just that.

The Friars are the trendy pick to get upset in the 1st round against the South Dakota State Jackrabbits. The public is not always right and if they are wrong here, the Friars at 35 to 1 after winning the Big East regular season title could make a deep run.