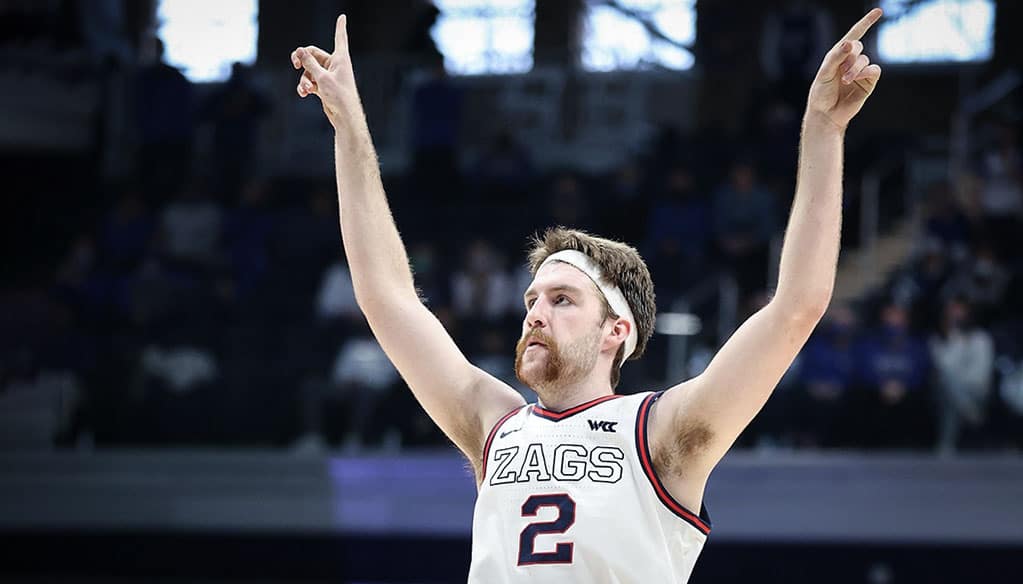 The 2021-2022 college basketball season is in full swing. Teams have about a month and a half under their belt at this point as they will begin gearing up for conference play when the new year arrives.

There’s already been plenty of award talks for National Player of the Year and there have been several players to stand out as leading contenders to take home the Wooden Award this season. As you would expect these early-season lists are littered with players on teams that are constantly in the top 5 and top 10 of the country.

Like most years, this season's list of favorites is full of superstar freshmen who are making an immediate impact on the college basketball world.

FanDuel Sportsbook has released Wooden Award odds up to +8000 for the players listed. As any fan of college basketball kind of expected, it has a major Big Ten and ACC influence to it as those are the two most dominant conferences in college basketball.

However, leading the way is a player who does not play in any of the power five conferences. Although you could be forgiven if you mistake his team as anything but a powerhouse in college basketball.

The Gonzaga Bulldogs made an undefeated run all the way to the national title last year before losing and now they are this year‘s favorites and back and better than ever with a roster full of stars. They feature two players on this list one being Drew Timme, who is a standout Junior, and the other being Chet Holmgren who is a 7-foot Freshman sensation.

Below Timme on the list is another standout Freshman this time from Duke and his name is Paolo Banchero. The 6 foot 10 inc, Italian American from Seattle Washington is highly regarded as the next big star to make the NBA jump from Duke. His fellow Blue Devils teammate, Wendell Moore, is also on the list. Moore is a Junior Small Forward and a former North Carolina Mr. Basketball who is key to the Blue Devils success.

Duke is one of the few teams to feature three players on this list as further down on the odds chart is Trevor Keels. Keels is another former five-star standout Freshman and was highly regarded as the best Shooting Guard in his recruiting class.

Duke and Gonzaga are currently heavy favorites to win the 2021-2022 National Title.. The odds for the 5 players mentioned are as follows:

Rest Of The Top Ten

The current odds for the rest of the top 10 Wooden Award favorites shakes out like this:

My best bet for the wooden award winner is the current leader and that is Gonzaga’s Drew Timme. The standout Junior has easily looked like the best player in college basketball and I look for that to continue as he leads Gonzaga to the national championship this year.

If I had to pick a silver medalist it would be Ohio State's EJ Liddell as I believe he will have a strong performance the rest of the season and put his name in the conversation. The best longshot bet worth making today is Illinois' Kofi Cockburn, which gives very favorable odds at +2000, in part because he missed the first three games of the 2021 season.