Wisconsin vs Ohio State - Betting Preview and Our Best Bet 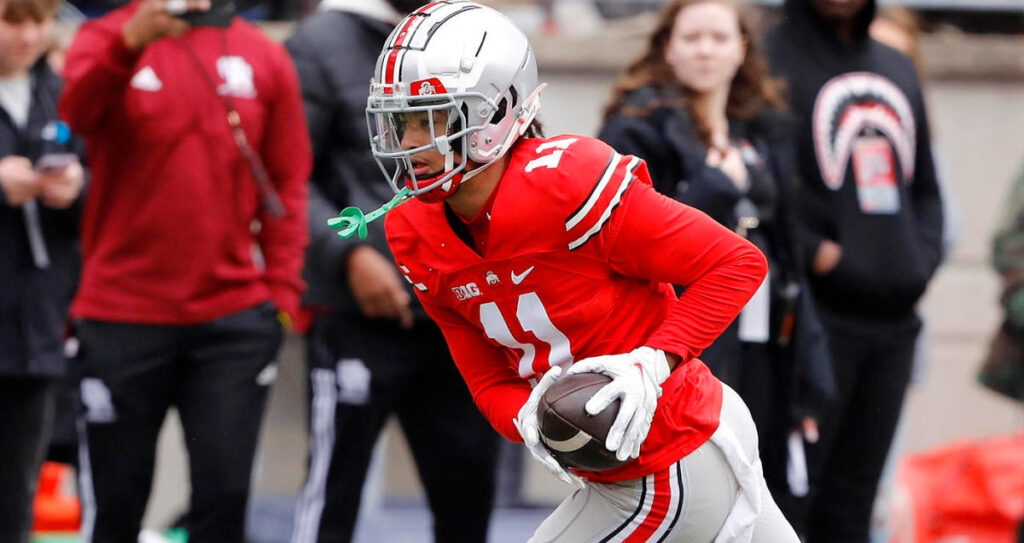 Jaxon Smith-Njigba should be ready to roll for the Buckeyes on Saturday night.

When the Wisconsin Badgers invade Columbus Saturday night for a Big Ten contest against the Ohio State Buckeyes, both teams enter the primetime game looking to answer the lingering questions surrounding the squads.

For Ohio State, how important was the closer-than-expected triumph over Notre Dame? Immediately after their season-opening loss to the Buckeyes, the Fighting Irish fell to Marshall before barely winning against a lowly California squad.

Wisconsin, conversely, has to answer for its poor performance against the Washington State Cougars. Despite dominating the contest, the Badgers uncharacteristically committed 11 penalties for 106 yards and turned the ball over three times, allowing Washington State to close out a 17-14 victory over Wisconsin.

Is Ohio State as mighty as the Buckeyes' lofty ranking suggests, or will the Badgers prove their loss to Washington State was a hiccup by upsetting Ohio State?

What to Expect from Wisconsin Offense vs Ohio State

Wisconsin’s game plan is to pound opposing defenses on the ground. Through three games, the Badgers are running twice as many times as passing, averaging 5.2 yards per carry. Braelon Allen leads that effort, rushing 50 times for 332 yards and five TDs in the young season.

When the Badgers look to pass, Graham Mertz is an efficient QB completing over 70% of his passes. Mertz has 697 passing yards in 2022 with a 6-to-2 TD to INT ratio. His top targets include WR Chimere Dike and Skyler Bell, a duo that has combined for 17 catches, 318 yards, and 3 TDs.

What to Expect from Ohio State Defense vs Wisconsin

New Ohio State defensive coordinator Jim Knowles has made an immediate impact on the Buckeyes. Knowles halftime adjustments have paid dividends: Ohio State has allowed only 10 second-half points all season en route to yielding just 14 points per contest on average.

The Buckeyes are especially solid against the run. Opponents have gained 84 yards per contest and a miniscule 2.6 yards per attempt against Ohio State. The Buckeyes have only allowed opponents to convert 26% of their third-down attempts, an expansive improvement over last season’s defense.

What to Expect from Ohio State Offense vs Wisconsin

The Buckeyes have immensely talented players in the skill positions. That dynamic talent starts with QB CJ Stroud as the signal caller who has completed nearly 73% of his passes for 941 yards and 11 TDs. Stroud has an impressive 208.6 passer rating through his first three games.

While Stroud is a generational QB talent, having future NFL WRs to catch his passes doesn’t hurt. Emeka Egbuka has been Stroud’s top target, catching 20 passes for 324 yards and three TDs.

Marvin Harrison Jr has nabbed 5 TDs on 18 receptions and 342 yards for the Buckeyes. Also expect to see more of Jaxon Smith-Njigba, a WR whose lack of production can be traced to an injury in the Notre Dame contest.

What to Expect from Wisconsin Defense vs Ohio State

Wisconsin’s defense has been stingy throughout 2022 as the Badgers have allowed only 8 points per outing. The unit yields less than 250 total yards per contest to opposing offenses while limiting opponents to a 24% third-down conversion rate.

The Badgers rely heavily on their linebackers to create havoc in their opponent’s backfield. Junior Nick Herbig has been big for Wisconsin, generating four sacks to start the year while garnering 11 tackles total this season. The pressure has forced opposing QBs into poor decisions as seven different Badgers have an interception thus far.

The safest bet in modern college football is Ohio State at home against Big Ten foes under head coach Ryan Day. Straight up, the Buckeyes have won 25 in a row, but a moneyline set at -556 requires too much investment for a significant reward.

The best bet for this matchup is to pick Ohio State to cover the spread. While the Buckeyes are 1-2 ATS to start 2022, the three-score line is appropriate. Expect the improved Ohio State defense to shut down the Badgers in the second half and pull out a decisive victory.