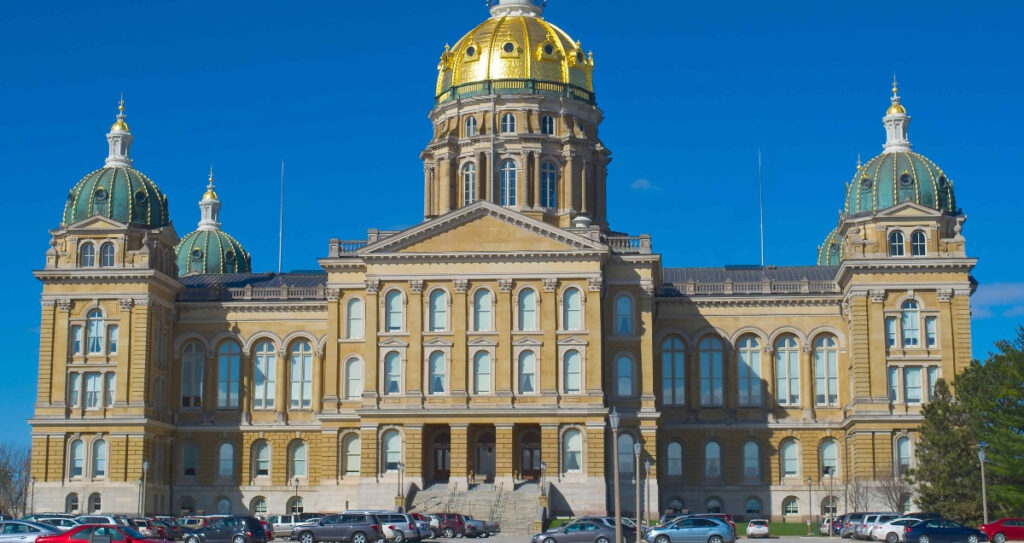 Legislators from the Iowa State Capitol are unlikely to legalize online casino gambling in 2023.

The future of online casino gambling in Iowa is a hot topic among avid sports fans and bettors. With the legalization of online sports betting in 2019, many are wondering if the Hawkeye State will follow suit with online casino gaming.

Unfortunately, it’s unlikely that legislators will give the issue of online casino legalization in Iowa significant attention in Des Moines.

“This just isn’t the year to try to pursue anything like that. There are some very significant non-gaming issues that the governor and others have on their agenda and a lot of newly elected legislators. Nothing will happen on that front or any gaming issue, I would think.”

Though online casino gaming remains illegal in Iowa, many are hopeful that the legal sports betting industry in the state will soon create momentum for the regulation of other forms of real-money gambling. With Iowa gaining a firm grasp on its new industry, there is reason to believe that this could lead to a push for casino and poker sites in the coming years.

Despite the acknowledgment that having all Iowa casinos unified in support of online gambling would be beneficial, there is still a discrepancy among them, with 13 supporting it and six opposing it. The IGA talks with legislators to bring up the notion of legalization, but it does not actively advocate for it. Kaufmann noted last year, "We must get all the casinos onboard. The chances of it passing without that are slim."

The Hawkeye State Has a Rich Gambling History

Iowa has a long history of gambling. In 1983, Governor Terry Branstad was instrumental in creating Iowa's first Racing and Gaming Commission so that pari-mutuel horse racing betting could be legalized across the state.

Two years later, the introduction of its statewide lottery came — netting over two billion dollars for programs within Hawkeye State to date!

In January 2022, HSB604 was introduced by Rep. Bobby Kaufmann to allow for online gambling in Iowa—it did not receive enough votes to pass.

Kaufmann explained, “It's a multiyear project. As a step up from last year, I wanted it to pass the subcommittee. But that's not the way I see it going. I wanted to engage the public and draw attention to the issue so that we can move the debate forward.”

If Iowa does legalize online casinos, it will open up a whole new world of opportunities for bettors and gamblers alike. Players would have access to a wide variety of games such as slots, blackjack, roulette, and more from the comfort of their own homes or on their mobile devices while on the go. Here are some of the highlights of Bill HSB604:

While it remains to be seen if Iowa will join other states like New Jersey and Pennsylvania in legalizing online casino gaming, one thing is sure—avid sports fans and bettors are eager for more options regarding legal gambling entertainment. As lawmakers debate this issue, we can only hope they make a decision that benefits everyone involved.