Warriors at Grizzlies: Best Bets and Player Props for Wednesday, May 11 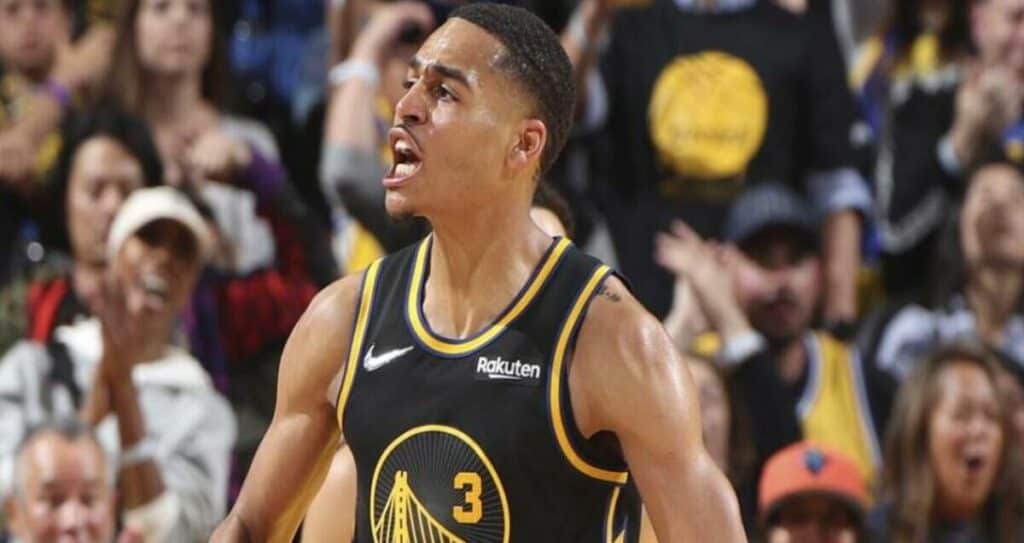 We expect Jordan Poole to stay under his points total prop against Memphis in Game 5.
By Mike Noblin on May 11, 2022

After a pair of blowouts on Tuesday night, hardcore NBA fans are hoping for some more competitive basketball on Wednesday. TNT will host another doubleheader for tonight's slate. The early matchup is the Bucks at Celtics at 7 PM Eastern and the late-night tip is the Warriors at Grizzlies, which we'll discuss in-depth in this article.

Memphis put up a valiant fight in Game 4 without Ja Morant but they still suffered a three-point loss. That means that the Warriors have a commanding 3-1 series lead and are one win away from a berth in the conference finals.

Can Steph Curry and his supporting cast close out the series on the road tonight? Or will Desmond Bane and company find a way to force a Game 6? Here are our best bets and player props for Wednesday, May 11.

Underdog Offer: Get $100 in Free Props

Use the promo code BAR at signup.

Memphis covered easily for us on Monday night and we have no problem backing them again in this spot. Most casual fans think that Ja Morant is the only productive offensive player that the Grizzlies have. This simply isn't the case.

Though they lost Game 4 by three points, Memphis had five players in double figures and nearly pulled off the upset as double-digit underdogs. Jaren Jackson led the way for the Griz with 21 points and Tyus Jones was not too far behind with 19 points. We expect Jackson and Jones to once again have solid stat lines at home in Game 5.

Memphis did a heck of a job of slowing down both Klay Thompson and Draymond Green during Game 4 as the two stars only combined for 16 points. The Grizzlies struggled to contain Steph Curry though, who ended up with a game-high 32 points. We think that Memphis will find a way to contain Curry in Game 5, especially since this is an elimination game at home.

Speaking of home court, that's another reason why we are backing Memphis tonight in Game 5. The Grizzlies were one of the most dominant home teams in the league this season as they went 30-16 ATS at the FedEx Forum. Golden State, on the other hand, was only 19-24-2 ATS this season on the road.

The Grizzlies have also gone 6-2 ATS against the Warriors this season. Our power rating says this line should only be Golden State -2. Like in Game 4, we think the Warriors win but the Grizzlies get the money!

We came pretty close to pulling the trigger on the Over in Game 5. However, we feel that Memphis may choose to play at a slower pace with Morant still out of the lineup with the banged-up knee. Luckily though, we did find some pretty good value on a couple of player props for Game 5.

Bane had a disappointing performance in Game 4 but we think he bounces back nicely tonight in Game 5. The former TCU standout is a much more gifted scorer than he has shown so far in this series.

During the regular season, Bane averaged 18.2 points per game, which points to some value in the Over. We also think that Bane will get plenty of shots in this game with Morant out of the lineup.

Through 10 postseason games, Bane is averaging 17.9 points per game. That also makes us lean towards the Over, but the real kicker is how often Bane went over 16.5 points in the regular season. Through 76 games, Bane scored 17 points or more in 47 of them (62%).

Poole has been on a nice scoring run in this series but he came back down to earth a bit in Game 4. The former Michigan star only scored 14 points and shot only 33.3% from the field. We see a similar performance from Poole tonight, especially since Memphis will be playing lights-out defense.

During the regular season, Poole averaged 18.5 points per game. In 76 regular-season games, Poole was held to less than 20 points on 42 occasions (55%). We think Desmond Bane and Tyus Jones keep Poole under wraps tonight in Game 5 so take the Under! Let's make it a winning Wednesday!