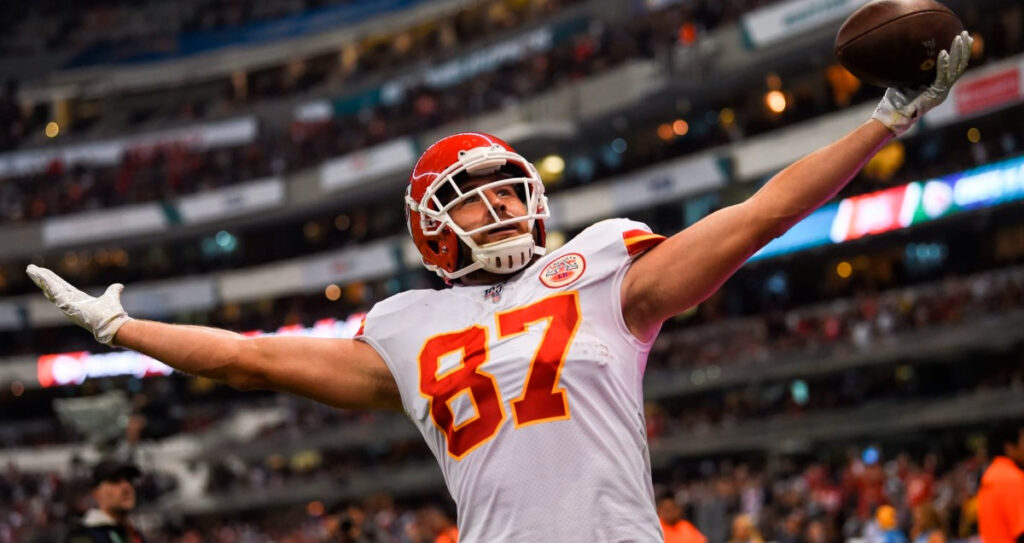 Travis Kelce is no stranger to playoff greatness, which is why we had to put him in our Underdog prop parlay for Satuday.

The divisional round of the 2022 NFL Playoffs is finally here. Four teams will advance, with the other four headed to the offseason. Player props are a great way to make this Saturday's two games even more enticing.

If you're looking for a great place to play NFL props, check out the Underdog Fantasy app. Here's our 5-pick NFL props parlay for Saturday, January 21. Best of luck with your picks!

Travis Kelce is Patrick Mahomes’ favorite target. Whether the Chiefs are in the red zone, are in a second-and-12 scenario, or are in desperate need of a first down, Kelce is their guy.

In his last nine playoff games, Kelce has eclipsed the 6.5 reception mark six times. His track record precedes him, and because Tyreek Hill is no longer on the team, he should have no problem getting at least seven catches.

If you haven’t been watching the Jacksonville Jaguars, you have certainly been missing out. Evan Engram and Trevor Lawerence have developed quite the rapport as of late, and Engram has turned into one of Lawrence’s favorite targets.

Plus, he has hit the over on this number in four of his last six contests, including two games with over 100 yards. We'll bank on Engram to stay hot in this one and take the Over.

Patrick Mahomes had a regular season for the ages. He is a near-lock to win league MVP this year and is on track to lead the Chiefs to victory on Saturday as well.

In his 11 career playoff games, Mahomes has thrown for 28 touchdowns, which averages 2.5 per game. In a win-or-go-home scenario, we are recommending taking the over for Mahomes’ passing yards. This is too big of a situation for Mahomes to fold under pressure.

We are anticipating the Kansas City-Jacksonville game to be a shootout, which is why we are big fans of both Mahomes and Lawrence throwing a bunch of touchdown passes. Both secondaries also aren't elite, so that helps our cause as well.

In their first meeting this season, Lawrence threw for two touchdowns, and he will look to replicate the success that he found in that game. The Jaguars’ offense is firing on all cylinders at the moment. Look for Lawrence to lead that charge on Saturday.

There’s a reason we haven’t taken an under yet, and that’s because stars come to play in the biggest moments of the season. AJ Brown is not an exception to that rule. He's been an exceptional pickup for the Eagles this year.

Brown has 10 games this season with five or more receptions, and that trend should continue on Saturday. Jalen Hurts has identified Brown as his favorite receiving weapon and will look to frequently call his number in their biggest game of the season.