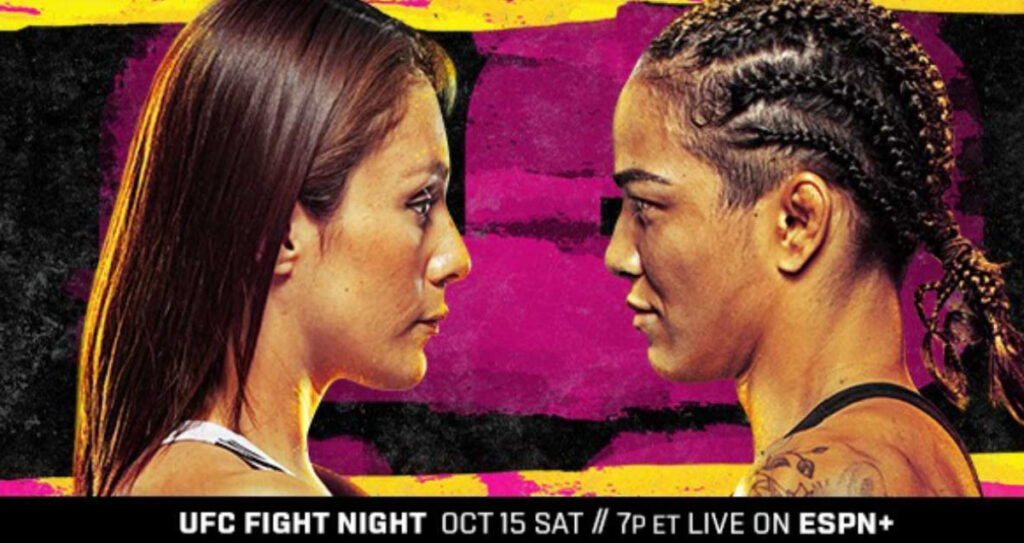 Find all of our best bets for Grasso vs. Araujo below.

It has been a while since we had a UFC event, two weeks in fact. During that time, we had a chance to look at our results and what should be changed going forward.

We have decided to switch up our approach a bit in terms of UFC plays. We believe this is going to benefit us, in the long run, to be profitable, which is always our goal.

We will begin our new format with this Fight Night card that features a handful of mid-card type fighters in the lineup. Take a look below at what we will be playing for UFC Fight Night on Saturday, October 15.

The odds of this fight going to Decision is -200 in most books. In this type of case, we believe the value of the new approach will be in taking the favorite by the 2nd shortest odds in winning method and the underdog straight up.

Here, that would be Grasso by KO/TKO/DQ. She does have 4 wins via that finish and Araujo has 1 of her only 3 losses coming via KO/TKO. With both being plus money, in the long term, this should be profitable.

Menifield is 3-2 over his last 5 fights with his most recent fight being a win by KO/TKO over Askar Mozharov back in June. He is traditionally a striker and loves to throw on the feet with opponents.

His opponent, Misha Cirkunov, is also a striker by background but does like to take opponents to the ground. He is averaging 4.25 takedowns per 15 min fight. If he tried to take down Menifield in this one, he will have trouble.

Alonzo stuffs 83% of the takedowns attempted by his opponents. We believe this will stay on the feet and Menifield has the advantage in power here. We would not be surprised if one of those takedown attempts by Askar end with Alonzo on top and delivering hammer fists to a finish.

This matchup with Jacob Malkoun should be a good one for the prelims. Maximov is coming off an early loss to Andre Petroski via submission back in May. This was a jump in talent that Maximov was woefully unprepared for.

Here against Malkoun, he has an opponent much more on his level. He has an advantage in reach on the feet and we think he has superior grappling skills which will serve him well in this matchup.

He will be more careful with his takedown attempts as that is what did him in against Petroski. This could very well go to a decision, but we like playing him straight here.