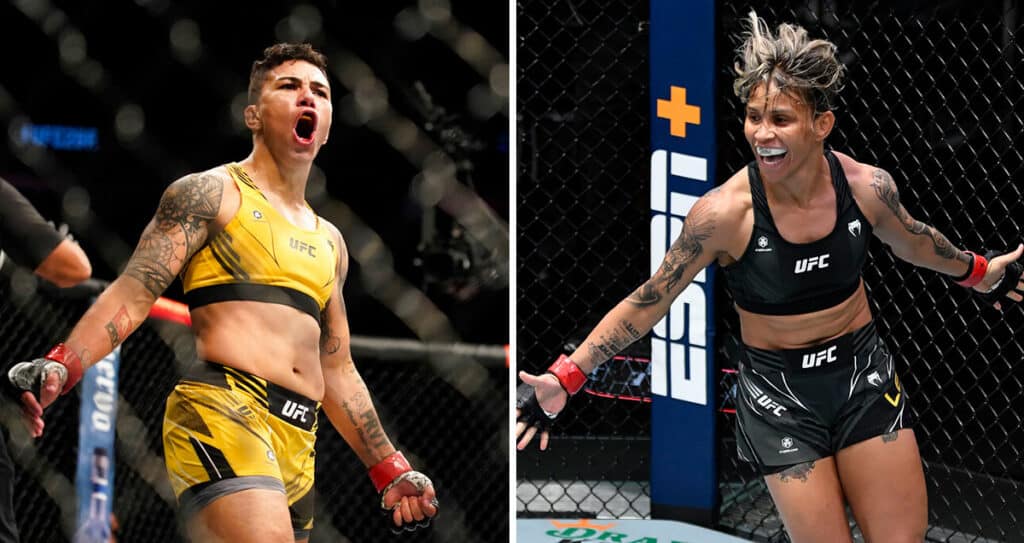 We scored on our underdog of the night last weekend as Belal Muhammad got revenge on Luque after a number of years. It wasn’t the most exciting fight but possibly one of the smartest and well executed fights in Muhammad’s career.

I still cannot get over the 2 fights that were called and then went to the judges’ decisions. That cost us our Buday KO play and Sabatini should have gotten the submission finish early in his fight. Let's take a look at Saturday's UFC Fight Night card that is filled with lesser-known talent but a ton of betting value.

Best Odds: -125 at Draftkings
Barber started her career with an 8-0 record and had finished her opponents in 7 of those fights. She then stumbled with back-to-back losses to Modaferri and Grasso which both came via decision. She has bounced back with a win over Miranda Maverick and now faces Montana De LeRosa who I believe will not be able to compete on the feet with Barber.

Pedro is not my favorite fighter to back with odds this large but he is facing Villanueva who I believe just does not have the goods anymore. He has lost 4 of his last 5 fights by KO and has an 0-5 record in fights ending via submission. I would normally be tempted to sprinkle some on Pedro by sub here but the fact that Villanueva has just been getting smashed into KO losses lately would scare me. I love Pedro in this parlay and at worst, we will sweat out the Barber fight.

Underdog of the Night: Jordan Wright

Jordan Wright loves to finishes fights early as he has yet to reach a full minute into a 2nd round in any of his fights. In fact, he has just 2 of his 14 fights that reached the 2nd round at all. He is coming off a KO loss to Bruno Silva but I like him in this bounce back spot. Why? Well, he is going against Barriault who was just finished in 16 seconds back in February at the hands of Chidi Njokuani. Don’t blink during this fight, it could end that quickly.

Get $100 in Free UFC Props at Underdog

When You Use the Promo Code: BAR

Barry has 4 wins in his short career with all 4 coming via KO. And in this, his UFC debut, he is getting to face the famous Mike Jackson. Why is Mike Jackson famous? The man has only fought 2 times in his UFC career. His 1st one lasted just 45 seconds where he was submitted by Mickey Gall. His only other fight came back in 2018 against CM Punk, yes THAT CM Punk, and it ended in a Draw. In my opinion, he is being shipped out here for Barry to get a nice easy KO win in his debut and I want to cash in on it.